Even Nicer Nice Time! Ruth Bader Ginsburg To Do Some Gay Marrying 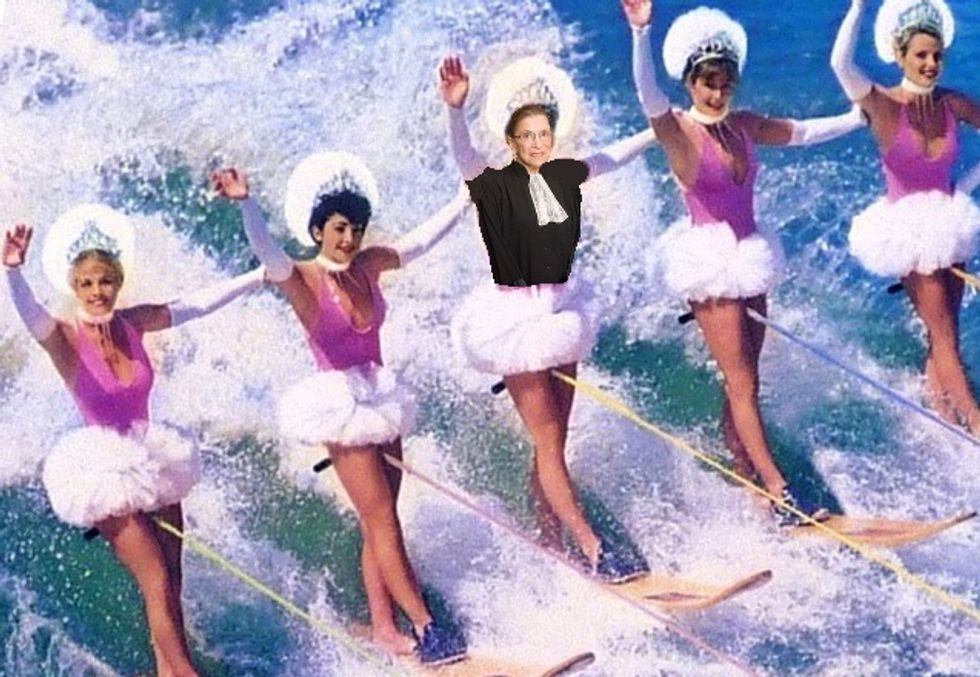 Well here's a heck of a nice way to round out the week -- Ruth Bader Ginsburg is going to become the first Supreme Court justice toperform a same-sex wedding ceremony. Tomorrow, she'll officiate at the wedding of Kennedy Center President Michael M. Kaiser and his partner, who happens to be named John Roberts. Congratulations to everyone involved, and here's hoping Justice Ginsburg gets all the giggles out of her system well in advance.

Ginsburg seemed excited during a recent interview about being the first member of the court to conduct such a ceremony and said it was only a logical next step.

“I think it will be one more statement that people who love each other and want to live together should be able to enjoy the blessings and the strife in the marriage relationship,” Ginsburg said.

She added: “It won’t be long before there will be another” performed by a justice. Indeed, she has another planned for September.

Ginsburg and Kaiser are BFFs because she is a total opera fan. He says "I can’t imagine someone I’d rather be married by" than Ginsburg.

The WaPo article notes that the SCOTUS decisions on gay marriage in June "had no effect" on the Kaiser-Roberts wedding plans, since gay marriage has been legal in D.C. since 2010. Even so, we're betting that WND will proclaim that somehow this proves that the fix was in, and something something Barack Obama's wedding ring. And we're giving even odds that Kathryn Jean Lopez will find something about the nuptials to pout about. We also hope that they can find a clean-energy use for the steam that will be coming out of Scalia's ears.

In other words, we think it's wonderful. Mazel Tov to all of you crazy kids and your huge cultural endowments.