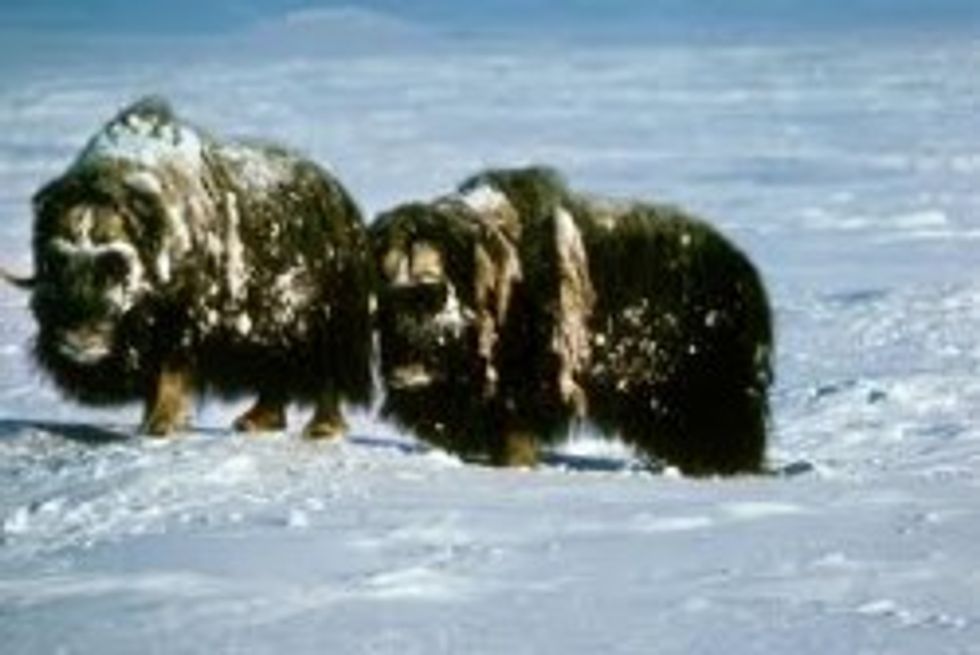 Michele Bachmann was the muse for a new romance novel called Fires of Siberia, to be published June 1, about a fiery presidential candidate who tries to bone up on her foreign policy credentials only to get stuck in the wilderness with a sexy stranger. "Inspired by the life of Tea Party leader and Republican Congresswoman Michele Bachmann, Fires of Siberia is an old-fashioned bodice ripper romance that brings the heat for the 2013 summer beach reading season," touts publisher Badlands Unlimited.

The only place that this would be "summer beach reading" is if one were summering in hell. Would you like a brief explanation of the plot, courtesy of the press release? Of course you would not, but we don't care!

Presidential candidate Danielle Powers, full of firebrand pluck and red state sex appeal, has the country in a tizzy. But on an international tour to beef up her foreign policy experience, disaster ensues—her plane explodes over Siberia. Miraculously, Danielle survives, along with one other passenger—a mysterious stranger named Steadman Bass. Trapped in a wilderness of snow and ice, the two begin a journey that pushes Danielle to the brink. There she must confront her deepest self and choose between civilization and a wild, primitive ecstasy.

Oh dear god make it stop. While we have often fantasized that Bachmann end up stranded in Siberia, those fantasies have never included her doing the sex with anyone, and especially not someone with the improbable name of Steadman Bass. "Steadman Bass" sounds like the made-up name of a sideman in a blues band, rather than the made-up name of someone who will make the beast with two backs with the most terrifying person we can imagine. Can this get worse OF COURSE IT CAN because here is an excerpt from the actual book:

They shook hands, and Danielle felt the hot vitality of his blood. His hand was surging with warmth. His fingers were weathered like a workman’s, but his touch betrayed a grace and kindness his face otherwise kept guarded. She wanted to stay fastened to him, so essential was the heat.

Wonkipinos, please consider giving a little bit extra to Wonkette this month because the Editrix is going to need it to pay our sure-to-be-considerable therapy bills we incur from thinking about sexy Michele Bachmann.