'Exorcist' On The Run After Conning People More Directly Than Usual 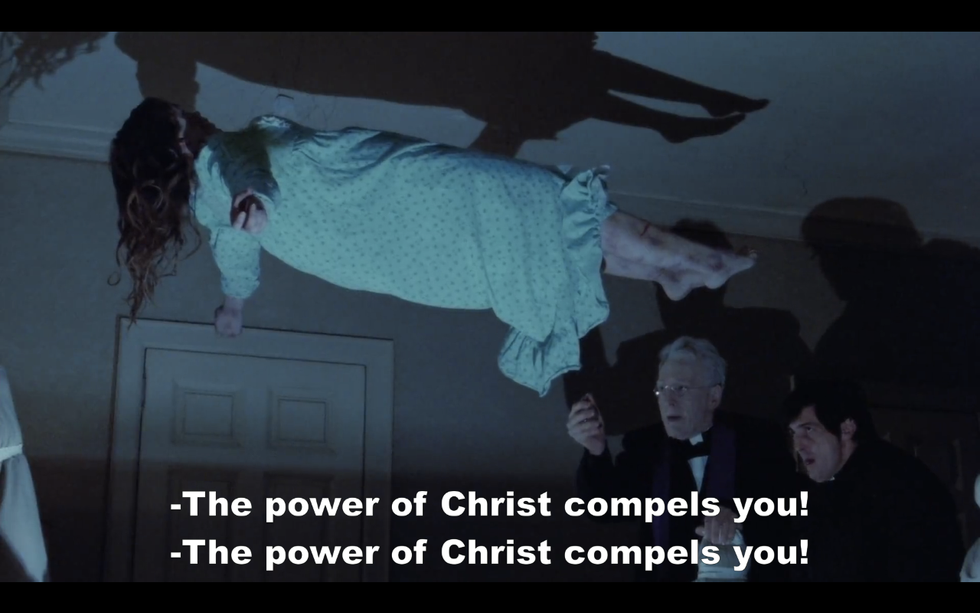 A Dallas exorcist who advertised her services on television is wanted by police after having swindled those who hired her for hundreds of dollars. And not just in the usual way of telling them that she was an exorcist and asking for money to depossess them or whatever.

Said exorcist -- who is not named by Dallas News, which is sad because we wanna see those commercials -- targeted Hispanic families and reportedly made off with hundreds of poor-people dollars from her exploits. Reportedly, she would invite prospective customers to the house she was using as a front, tell them "Oh yeah, you are for sure possessed by Satan or some kind of demon thing" and then ask them to place several hundred dollars in a bandana. She then asked them to close their eyes and "pray" over the bandana and then take it home and not open it until the next morning or else they would "break the hocus pocus." Which is a thing that can happen, as hocus pocus is notoriously fragile. Shockingly, when they opened it, the money had been replaced with paper slips.

So far, only two families have come forward, saying she grifted them for $500 and $200 respectively.

I hate to point this out, but the sad thing here is that it would not have been a crime if she had just said "Give me 500 dollars and I will exorcise you or talk to your dead poodle or tell you when you are going to meet your soulmate," though the actual outcome would be the same in both cases, being that no one has magic powers (cracking your toes like the Fox sisters did is not actually a magic power).

Of course, $700 is not a particularly impressive grift. Far more impressive is E!'s Hollywood Medium Tyler Henry, who had a sit-down with Corey Feldman on Wednesday's episode, in which he used his powers as a medium to determine that he knew someone who had died of a drug overdose, and Corey Feldman was like "WOAH, you are not going to believe this, but my friend Corey Haim, who you could not possibly know of, died of a drug overdose! So spooky!"

BRB, pitching show to E! in which I astound celebrities with my psychic powers/ability to Google them.