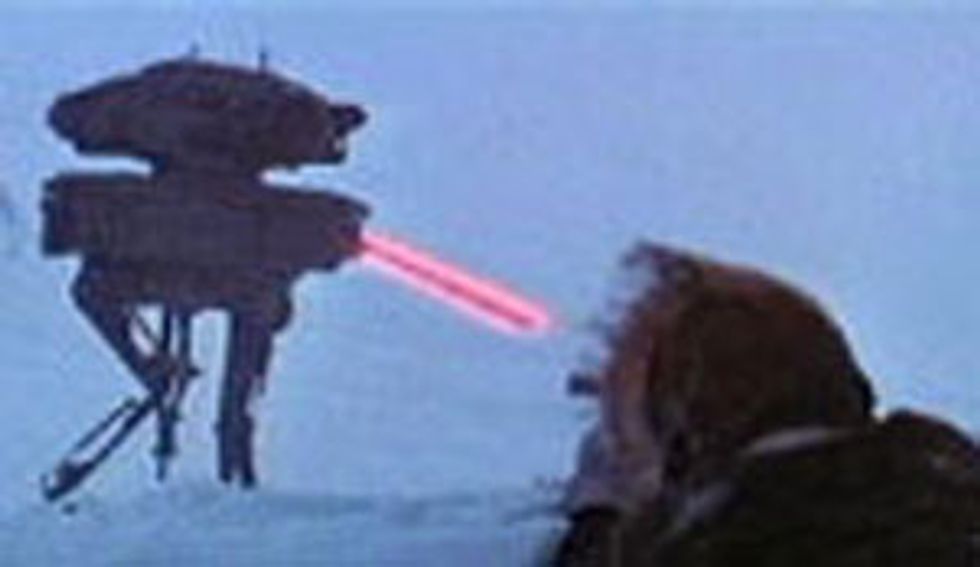 Today was supposed to be an exciting day for science as NASA planned to launch its "Orbiting Carbon Observatory," a fancy new Space Machine that would study carbon dioxide levels in the atmosphere and calculate the exact moment when Earth will die, from heat. The $273.4 million, 972-pound monster "carried a single three-channel spectrometer to make its detailed measurements and was slated to launch into a near-polar, sun-synchronous orbit that would fly about 438 miles (705 kilometers) above Earth." Well, itblew up right after launch, so global warming still does not exist.

Brunschwyler said the first sign of trouble came about three minutes after liftoff, when the Taurus XL rocket's telemetry showed no sign that it had shed its clamshell-like payload fairing.

The fairing is a nose-mounted shroud that protects the spacecraft inside from atmospheric drag until the booster reaches space. If the fairing had separated, launch controllers would have expected to see the spacecraft and its upper stage accelerate more quickly, since it would have shed the excess weight. But that speed boost never occurred.

Well yeah, thanks Mr. Einstein the Writer, but we're not stupid. Anyone with a working brain who saw this on teevee immediately thought, "Ahh good lord, that's a clamshell-like payload fairing problem if ever there were." UMM DOES ANYONE AT NASA KNOW JACKSHIT?

NASA, you're done, no more "pork barrel spending" projects like this for you. Just launch Al Gore into space from a cannon, give him pen and paper, really not that hard.