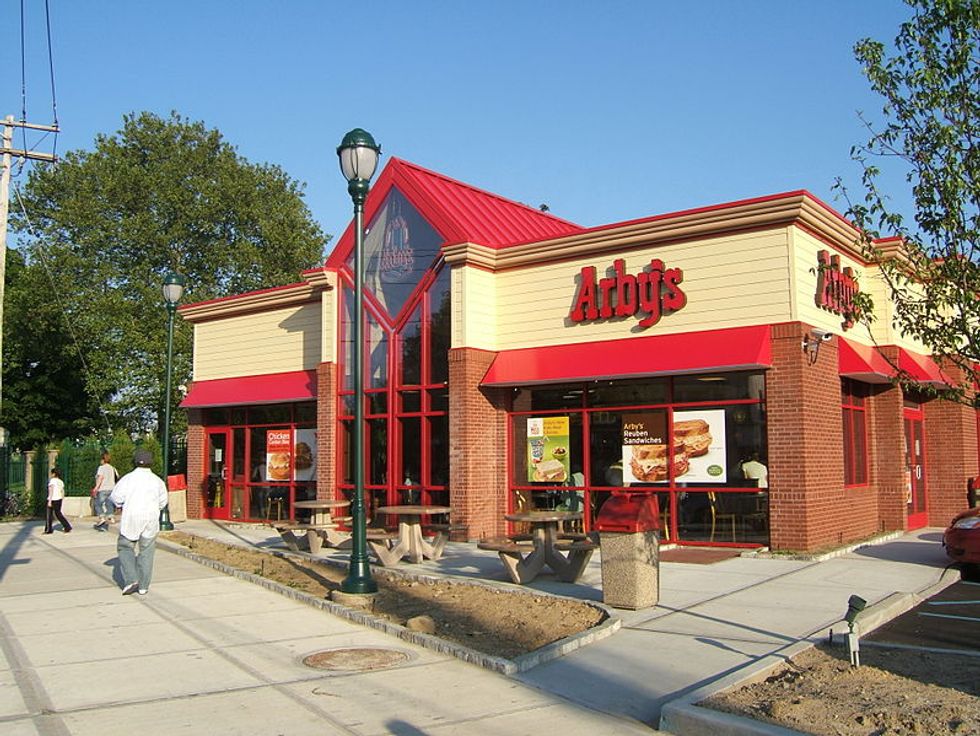 We've never gotten to use "time travel" and "Arby's" in a headline before. We feel good about it.

Dante Anderson of Oklahoma City, Oklahoma, was a man on a mission -- specifically, a mission through the twisting pathways of space and time. Nearby customers at a local Arby's were shocked when Anderson burst through the doors, shoved the manager out of the way, and attempted to abscond with multiple varieties of what we'll charitably call "meat." When police quickly arrived to arrest him for robbery, assault, and destruction of property (he apparently kicked the shit out of a bunch of cars on his way in), Anderson claimed he was actually a time traveler from the dystopian future of 2020, and that this is apparently just how people feed themselves after the collapse of society. No word on whether he was followed through the time tunnel by an unsmiling monotone Ronald McDonald cyborg looking to prevent the birth of humanity's future Chosen One, but we're going to assume yes, that totally happened.

Anderson's tale also resulted in the following sentence being printed, for which we will be eternally grateful to him:

He said that everyone on his Earth is dead, and also apparently had time to work up an appetite because he "walked here from there."

Anyway, Anderson's story strikes us as fishy. We have a hard time believing that even in the desolate, irradiated wasteland, human beings would be willing to go scavenging at an Arby's. We have to think they'd have enough self-respect to at least locate a T.G.I.Friday's dumpster. We refuse to believe that even someone who's had to eat glowing fungi for sustenance for the last several months wouldn't still look askance at a Beef 'n Cheddar.

If Anderson winds up institutionalized, it would be totally reasonable. Not because we think he's having a delusion about time travel, but because anyone who travels through time for Arby's clearly has deep-seated issues for which they desperately need help.