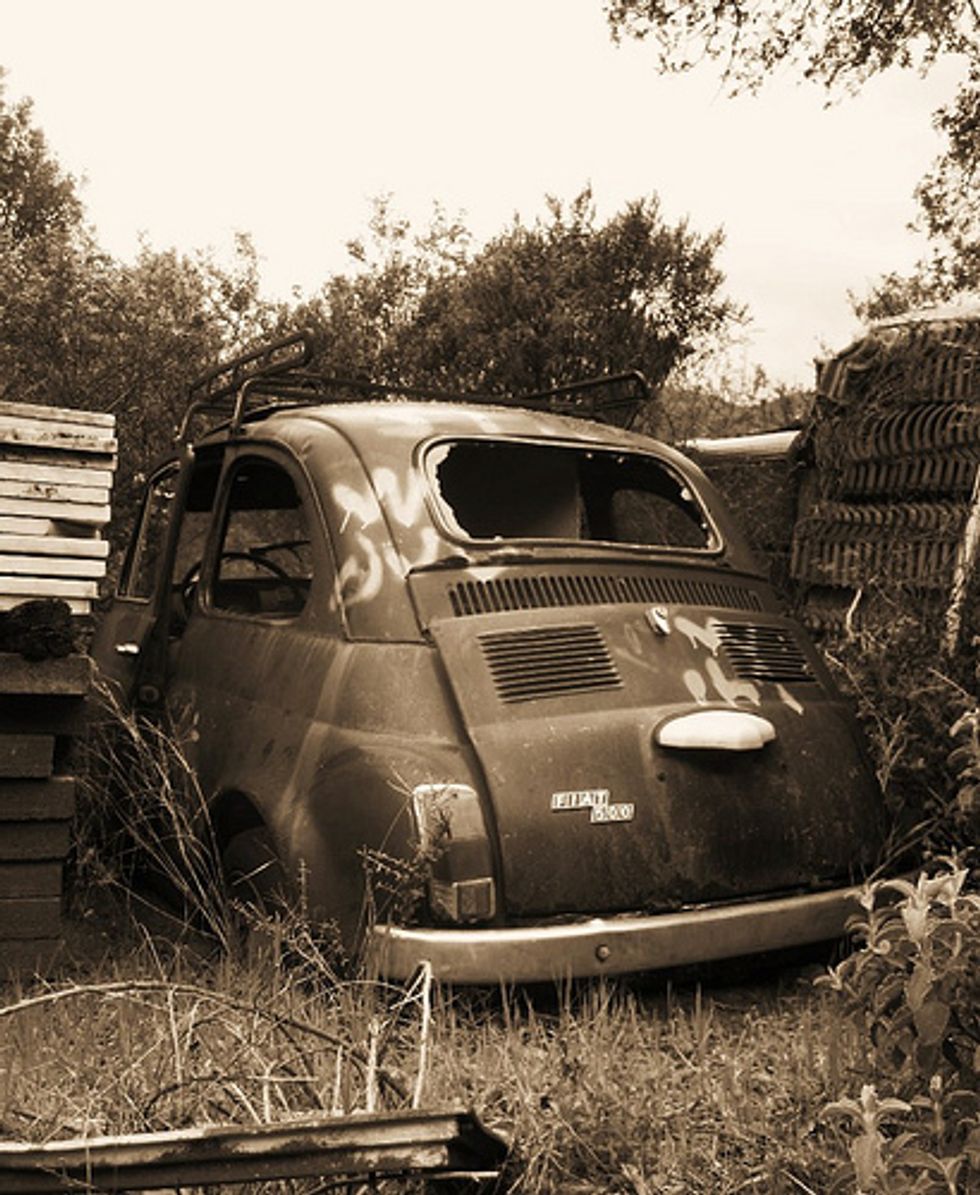 Tragedy befell Detroit (again!) with the New Year, asItalian car-joke maker Fiat announced it was buying the 41 percent of Chrysler stock that it doesn’t already own.

Fiat was invited by the Obama administration to buy a stake in Chrysler in the tragic summer of 2009, when Chrysler and GM went through government-assisted bankruptcy as part of the socialist takeover of the U.S. auto industry. Since then, both Chrysler and Government Motors have returned fully to private hands, and both are humming along nicely, selling cars that people actually want to buy. But imagine how much better off they’d be doing if the free market had been allowed to work!

With the purchase, Fiat becomes the seventh-largest auto maker in the world, mainly because of that miniskirted model on the Abarth commercials (rawr!). Chrysler's sales are up 70 percent since Fiat took over the company, leading to understandable criticism from unbiased sources at the Competitive Enterprise Institute, who logically argue that Chrysler would have been far better off going through a lengthy, traditional Chapter 11 bankruptcy, allowing its creditors to strip all the meat off its flesh in an orgy of creative destruction that would have helped obsolete auto workers retrain themselves as part-time fried food consultants. This is just science; look how well it worked for Lehman Brothers.

Much criticism of the deal centers on Fiat’s poor sales in Europe, which is totally fair, as it is Fiat’s fault that the entire car industry is struggling in Europe. This is largely due to wise austerity measures from European national governments and the European Central Bank, which have staved off the hyperinflation that is currently devastating the United States.

In addition to the $3.65 billion purchase price, Fiat agreed to pay $700 million into the United Auto Workers medical benefits trust, allowing Fiat to close the deal without a new Chrysler public stock offering. This arrogant bypassing of America’s saltiest salts of the Earth, Wall Street investment bankers, is expected to contribute further to America’s decline, nearly as much as being forced to buy a Chrysler Chianti or a Jeep Pezzonovante or whatever.