Ron Johnson: Capitol Riots Would Have Been Scary If Led By BLM Instead Of Law-Abiding Insurrectionists

On January 6, an armed mob stormed the Capitol, killed a cop, erected a gallows, chanted "Hang Mike Pence," and tried to hunt down members of Congress, who had to be locked down and eventually evacuated from the building. Dozens of the attackers had been on the FBI terrorist watch listeven before the attack, mostly for being violent white supremacists. The resulting investigation into the events of January 6 has been called one of the largest in American history. More than 300 people have already been charged with federal crimes.

But, during an interview with right-wing talk show host Joe "Pags" Pagliarulo, Wisconsin Senator Ron Johnson, who unfortunately represents yours truly in the Senate, said he wasn't afraid of the killer mob.

Because, you see, these protesters were white.

"I'm also criticized because I made the comment that, on January 6, I never felt threatened. Because I didn't. And mainly because I knew that even though those thousands of people that were marching to the Capitol were trying to pressure people like me to vote the way they wanted me to vote, I knew those were people that love this country, that truly respect law enforcement, would never do anything to break the law, and so I wasn't concerned.

I think the Senator might need a little refresher, here. Did Black Lives Matter and Antifa sack the US Capitol, try to murder members of Congress and the VP, and kill a cop in the line of duty?

No. No, they did not. That was these fine patriots, who Ron Johnson helped to incite.

They must have tried to stage a violent coup because of just how much they love America!

Everyone paying attention already knew that the "Blue Lives Matter" bullshit was never actually about how much these bigots love the police. But, like this Ron Johnson interview, January 6 and what followed gave us all live demonstrations of just how much it was about racism all along.

But hey, I guess RonAnon is finally admitting that BLM and Antifa weren't the ones who literally shat all over the US Capitol?

"I knew those were people [...] that truly respect law enforcement."

My dear senator seems to have conveniently forgotten that these motherfuckers ACTUALLY KILLED A COP during their rioting. And Brian Sicknick was not the only officer the mob went after. Another lost part of his finger. Some had their heads bashed with flag poles, baseball bats, and pipes. One was knocked unconscious with a metal barrier. At least 138 law enforcement officers were injured. The New York Times called it "one of the worst days of injuries for law enforcement in the United States since the Sept. 11, 2001, terrorist attacks."

Good thing those looters just love and respect law enforcement so much.

"I knew those were people that love this country" 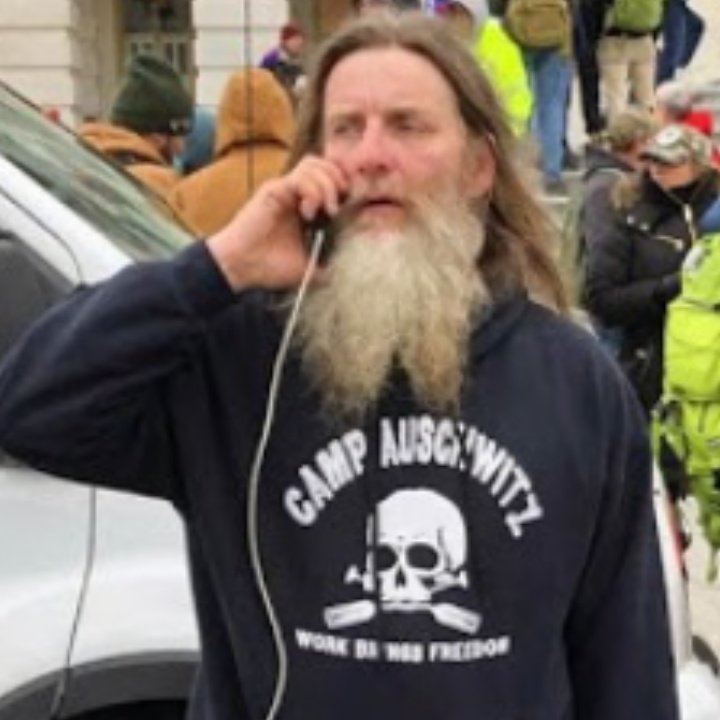 They probably just have a lot of economic anxiety.

"[H]ad the tables been turned, and President Trump won the election and those were tens of thousands of Black Lives Matter and Antifa protesters, I might have been a little concerned."

Way to say the quiet part out loud, you white supremacist piece of shit. There is no way to spin this. A United States Senator, who represents hundreds of thousands of Black people, felt totally comfortable telling the world that he was fine with a violent mob because the attackers were white. In the year 2021, not 1862.

"What, white people love this country and Black people don't? That's exactly what he's saying. [...] For him to say something as racist as that — it's ridiculous. It's a totally racist comment and the insult to injury is he didn't mind saying it in the position that he holds because for some reason that's just deemed as acceptable behavior for people who live in and are elected officials in this state."

Don't buy from Amazon until the strike is over!