Facebook Stole Your Shit, And Your Friends' Shit, Again 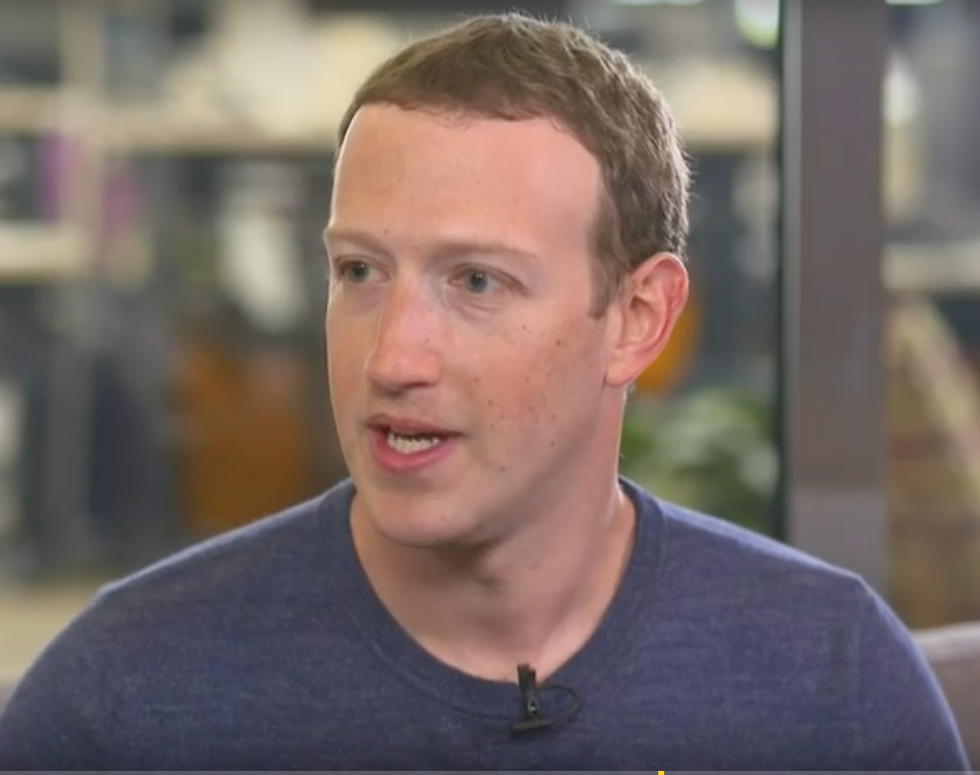 This is seriously a screenshot of Mark Zuckerberg expressing a heartfelt sentiment.

It's always something with Facebook these days, huh? Years ago, if a humble mom-and-pop corporation asked you for all your personal information (date of birth, present location, where in your home you are least likely to search for a hidden video camera) so they could sell it for billions and you could (at no charge even!) learn that your favorite aunt is a virulent racist who peddles conspiracy theories, you couldn't thank them fast enough. Now, we're a little less young and vulnerable, and we suspect something might be off about the whole deal. Blame the New York Times for killing the buzz from our magic beans.

Facebook has reached data-sharing partnerships with at least 60 device makers — including Apple, Amazon, BlackBerry, Microsoft and Samsung — over the last decade, starting before Facebook apps were widely available on smartphones, company officials said. The deals allowed Facebook to expand its reach and let device makers offer customers popular features of the social network, such as messaging, “like” buttons and address books.

But the partnerships, whose scope has not previously been reported, raise concerns about the company’s privacy protections and compliance with a 2011 consent decree with the Federal Trade Commission. Facebook allowed the device companies access to the data of users’ friends without their explicit consent, even after declaring that it would no longer share such information with outsiders. Some device makers could retrieve personal information even from users’ friends who believed they had barred any sharing, The New York Times found.

After the whole Cambridge Analytica debacle, where Facebook might have accidentally helped end the world, Mark Zuckerberg got fitted for a business suit/booster seat ensemble (power tie sold separately) and then explained to confused old men how the Internet worked (before they went off to make laws governing women's bodies, which are at least twice as complicated).

Zuckerberg's limited theatrical engagement before Congress netted him a cool $3 billion, and Facebook users were mostly content to resume gullibly responding to obvious phishing schemes posing as fun quizzes. So the company had reason to fear the spoilsport Times article might prove a debilitating setback, which is why Ime Archibong, VP of Product Partnerships, issued an almost instantaneous response: the somewhat on-the-nose "Why We Disagree with the New York Times," a sequel of sorts to last fall's "Why We Know What You Did Last Summer."

In the early days of mobile, the demand for Facebook outpaced our ability to build versions of the product that worked on every phone or operating system. It’s hard to remember now but back then there were no app stores. So companies like Facebook, Google, Twitter and YouTube had to work directly with operating system and device manufacturers to get their products into people’s hands.

Sorry to interrupt a good tap dance number, but unless you’re the guy from Memento or a fifth grader, you can probably recall the ancient days prior to 2008 when Apple launched the App Store. What else have you got?

All these partnerships were built on a common interest — the desire for people to be able to use Facebook whatever their device or operating system. This was something I experienced firsthand as a Blackberry user who relied on Facebook and Messenger to stay in touch with family and friends back in Nigeria.

Live footage of me right now:

Oh God, Archibong's right! All Zuckerberg ever wanted was to "connect the whole world," even people from countries like Nigeria, where our idiot president thinks everyone lives in huts. Congress, though, is apparently populated with coldhearted stone people because all this wasn't good enough for them. They're demanding "answers" and suggesting Zuckerberg "lied" to them like he's the current Attorney General or something.

Sure looks like Zuckerberg lied to Congress about whether users have “complete control” over who sees our data on Facebook. This needs to be investigated and the people responsible need to be held accountable. https://t.co/rshBsxy32G

Looking forward to hearing from @Microsoft@Samsung@Apple & others with privileged access to Facebook why they wanted this personal data, how they used it & most importantly: how they’ve protected it.

It's never good when politicians, especially once they're actually elected, claim they're "looking forward" to hearing from you. Zuckerberg might have no choice but to return to Congress and make another few billion chilling everyone the hell out. And it could be too late: All you privacy-conscious folks might end up deactivating your Facebook accounts, but if you did that, how would you let people know which pop song was released when you turned 14 and what your mother's maiden name and family pet were at the time? Even worse, how would you share this post with all your friends?