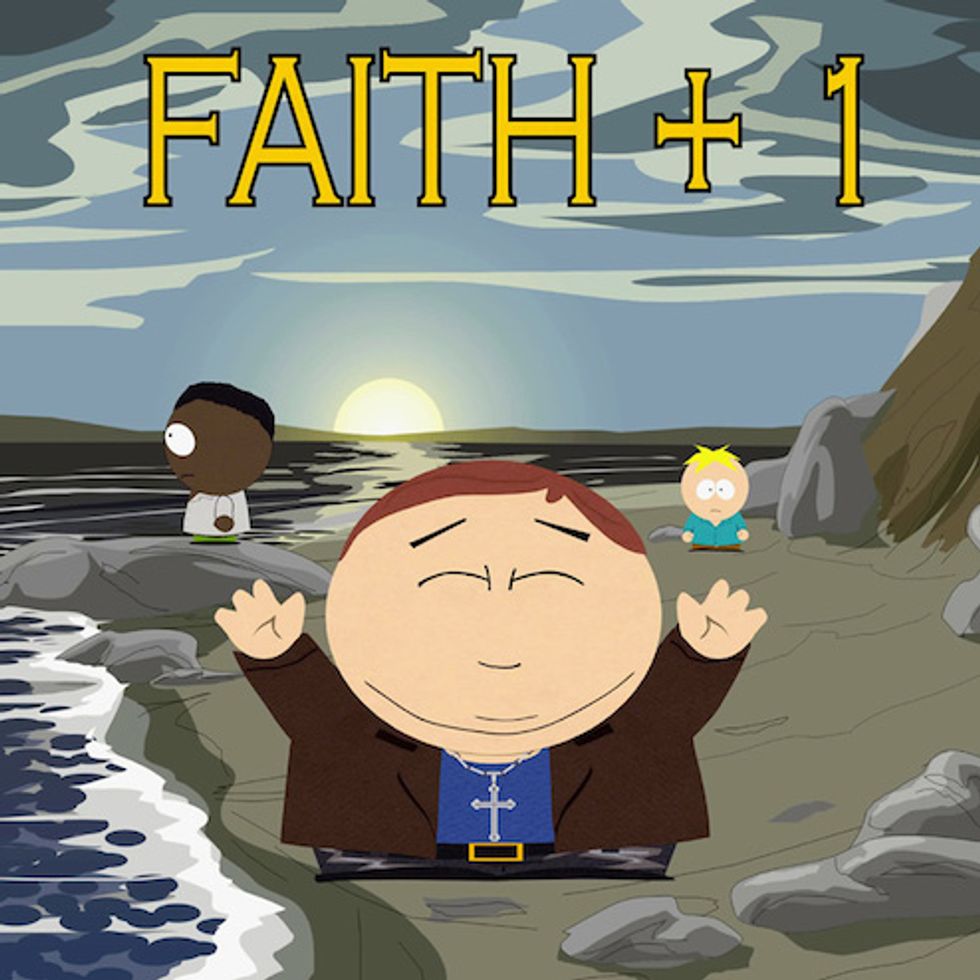 Ladies and gentlemen, meet the Rossiters, who are your new people to hate the mostest today.

You know how everyone is going around refusing to vaccinate their kids because they're pretty sure they know more than doctors? Those people are wimps. The real deal is just stone cold refusing to give your kids medical care because faith-healing skygod. And then, if you're going for really advanced terrible thinking, you should try to deploy a Magical Law Shield when you go on trial for the kid-murdering and argue that the jury shouldn't hear evidence of your twisted religious beliefs, because that would be unfair.

Attorneys for an Oregon couple accused of allowing their daughter to die of untreated diabetes complications don’t want jurors to hear about their faith-healing beliefs at trial.

Defense attorneys argue that evidence regarding the religious beliefs and practices of Travis and Wenona Rossiter would be prejudicial [...] The Rossiters [...] are members of the fundamentalist Church of the First Born, which teaches that medical treatment is sinful and instructs followers to trust in God to heal them through faith.

If ever there were an argument for just letting Child Protective Services swoop in right at birth, it is these sort of people. If one of their kids is sick, they often get the good fortune to die painful and prolonged types of deaths. Dying of diabetes, like the Rossiters' daughter, Syble, is not a swift process. It is not a peaceful process. It is a grueling awful thing that is unimaginably terrible to watch. If you really want to feel depressed and disgusted, why not take some time to read Lundman v. McKown, a Minnesota case from 1995, that describes the four-day descent and death of a boy with untreated diabetes, thanks to his Christian Scientist parents.

Ian's condition worsened throughout day three; by that afternoon he was unable to eat, drink, or even communicate with others, and he could not control his bladder. He had to be carried to join his family at dinner, and at one point, looking at his mother and not recognizing her, said, "My name is Ian, too."

Do you want to know the very best part of that Minnesota story? While that kid was dying, his dad WENT TO SLEEP, presumably because he figured it would all sort itself out because of faith, and the kid died in the middle of the night.

These are the sorts of people we are dealing with here. But the Rossiters actually have something on our Minnesota family: they really, really should have known better. Wenona's brother died as a child -- and her father was convicted -- thanks to a complete lack of medical care. Oh, but that's not going to come in at trial, because Wenona's brother died of a completely different untreated disease than diabetes!

[Judge] Murphy ruled in favor of a defense request to exclude information about the death of Wenona Rossiter’s brother at trial. Anthony Hays, 7, died of leukemia in 1994, after his parents failed to provide medical care for him. In 1996, a Linn County jury convicted his father, Loyd Hays of Brownsville, on charges of criminally negligent homicide. He was sentenced to five years' probation. Hays’ wife, Christina, was acquitted. [...] Murphy said the two children died of completely separate causes, so he didn’t see the relevance.

Yeah, a pattern of having people in your life die because of your ridiculous terrible mind-numbingly stupid refusal to accept even rudimentary modern medicine is only relevant if those people die of the same thing over and over. Also, did you catch that cool part where Wenona's dad got a whopping five years probation -- PROBATION -- for letting his kid die? Neat, huh? Oh, and also too this sort of thing got relatively common in Oregon in the last several years until Oregon finally trimmed back its faith healer exemption laws.

You know what? We have no snappy ending to this one. There's just no way to make kids dying unwarrantedly from horrible diseases funny, even for us. We'll be looking around for something less painful to mock for the rest of the day.