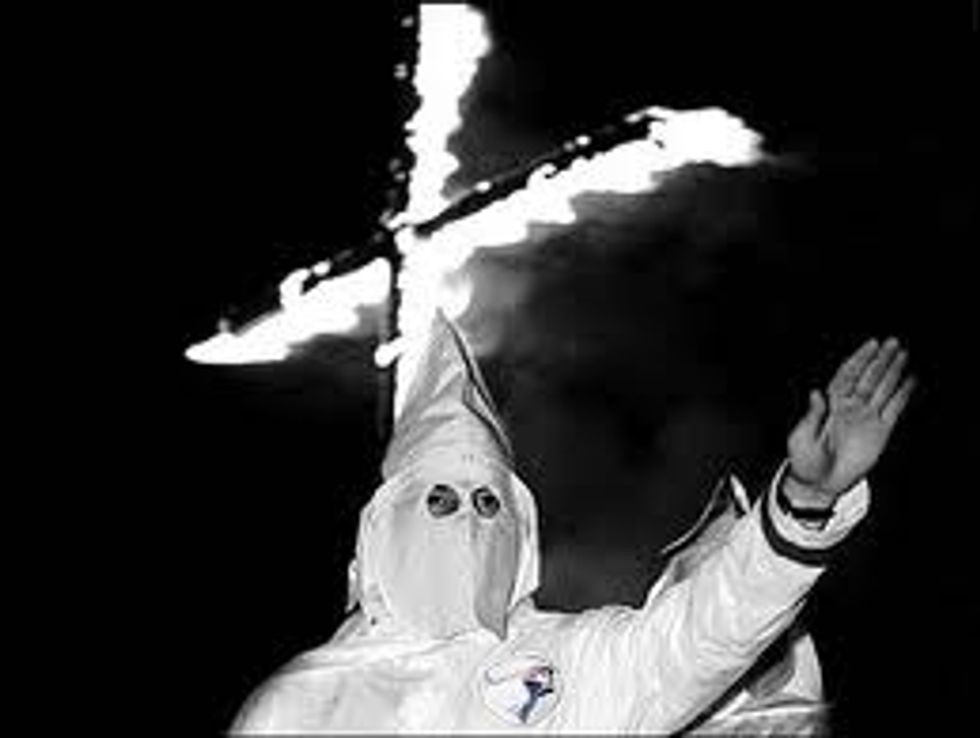 After the exchange, Terry muttered under his breath, “why can’t we just have segregation?” noting the Constitution’s protections for freedom of association.

ThinkProgress spoke with Terry, who sported a Rick Santorum sticker and attended CPAC with a friend who wore a Confederate Flag-emblazoned t-shirt, about his views after the panel. Terry maintained that white people have been “systematically disenfranchised” by federal legislation.

When asked by ThinkProgress if he’d accept a society where African-Americans were permanently subservient to whites, he said “I’d be fine with that.” He also claimed that African-Americans “should be allowed to vote in Africa,” and that “all the Tea Parties” were concerned with the same racial problems that he was.

Obviously Rick Santorum would never be associated with anyone who would denigrate our brothers and sisters of color, so Scott Terry must be an Obama-loving communist!

Scott Terry also sounds like the kind of man who gets a lot of loving at home, because some people are into that, we guess.

And there you have it! An obvious plant is continuing the Demrats' war on women and people of color, because the GOP is the party of Lincoln, the end.