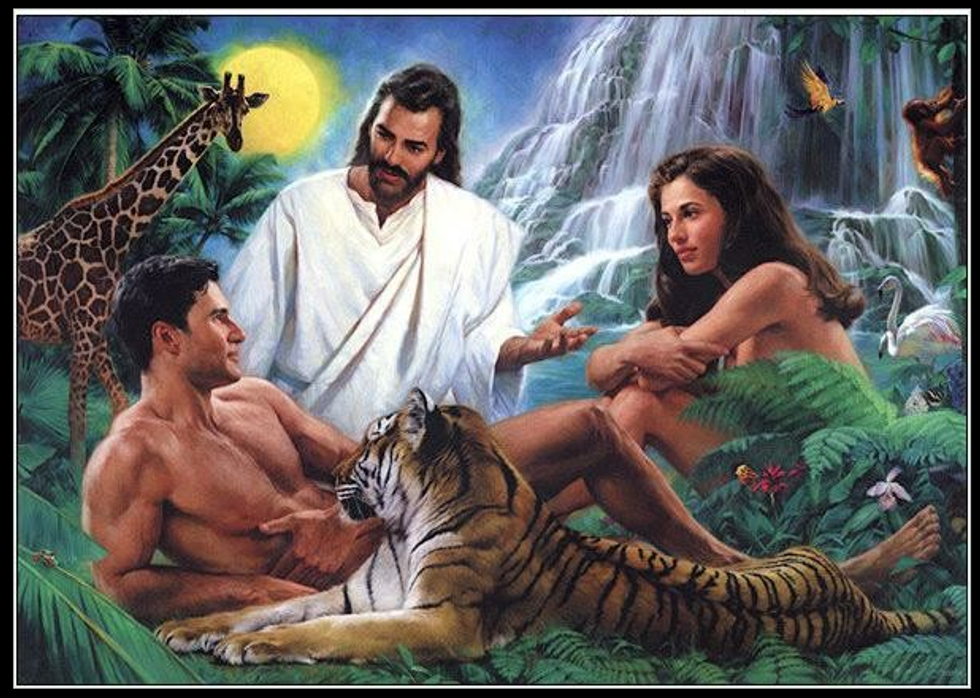 Oh what have we here? Why, it's a Republican sex scandal. Our favorite! This time, it's Missouri House Speaker John Diehl, and he's been a bad bad boy. According to some ewwww gross texts obtained by the Kansas City Star, Speaker Diehl did all kinds of sexytime talk to a college intern, who was not his wife, Kelly, who is also the mother of their three sons -- and no, his office has not yet commented on how will they explain this to THE CHILDREN?! Kelly is not a college freshman at Missouri Southern State University, participating in the internship program, which was suddenly canceled, thanks to Speaker Diehl not keeping his dirty emojis in his pants:

Screenshots of the text messages between Diehl and the intern are punctuated throughout with emoticons and emojis — cartoonish faces that smile or wink. They paint a picture of playful sexual innuendo.

Diehl texted things like "God I want you right now" and "will have my way with you ... and leave you quivering," and ugh, other stuff suggesting that it was not merely a virtual relationship, but an actual in-person maybe p-in-v relationship. Not that we're judging. (We SO are.) But maybe John and Kelly have some sort of arrangement, the details of which they no doubt worked out with their priest at the Our Lady of the Pillar parish they attend in Creve Coeur, because we all know how the Catholic Church is super down with open marriages. But nah, that is not even why we are pointing and laughing at Speaker Diehl and his dick. Because if a man wants to put his thing in something that is not his wife, we don't usually care, none of our bidness ... UNLESS. Yeah, you know where this is going:

Legislative leaders in the Missouri General Assembly have filed a brief in federal court in defense of Missouri laws preserving traditional marriage.

Guess who is one of the legislative leaders who whined to a federal court that Missouri should be allowed to keep marriage between one man and one woman. Never mind, we'll tell you, we're too excited to wait for you to figure it out. IT IS SPEAKER JOHN DIEHL!

Well, Speaker Diehl did create children in his marriage. We are guessing it was Mrs. Diehl who was looking after them while he was writin' this thing to the Court about how sacred marriage is. Or banging his intern mistress.

The legislators' brief references countless sociological studies that affirm that the traditional family is the "optimal childrearing environment" for children. "The intact, biological, married family remains the gold standard for family life in the United States, insofar as children are most likely to thrive---economically, socially, and psychologically--in this family form."

Gosh, we sure hope the court keeps that in mind when it decides whether to up and change the traditional definition of marriage because everyone knows that since the beginning of forever, marriage has always been between one woman, one man, and the one college intern he's banging on the sly. ;)