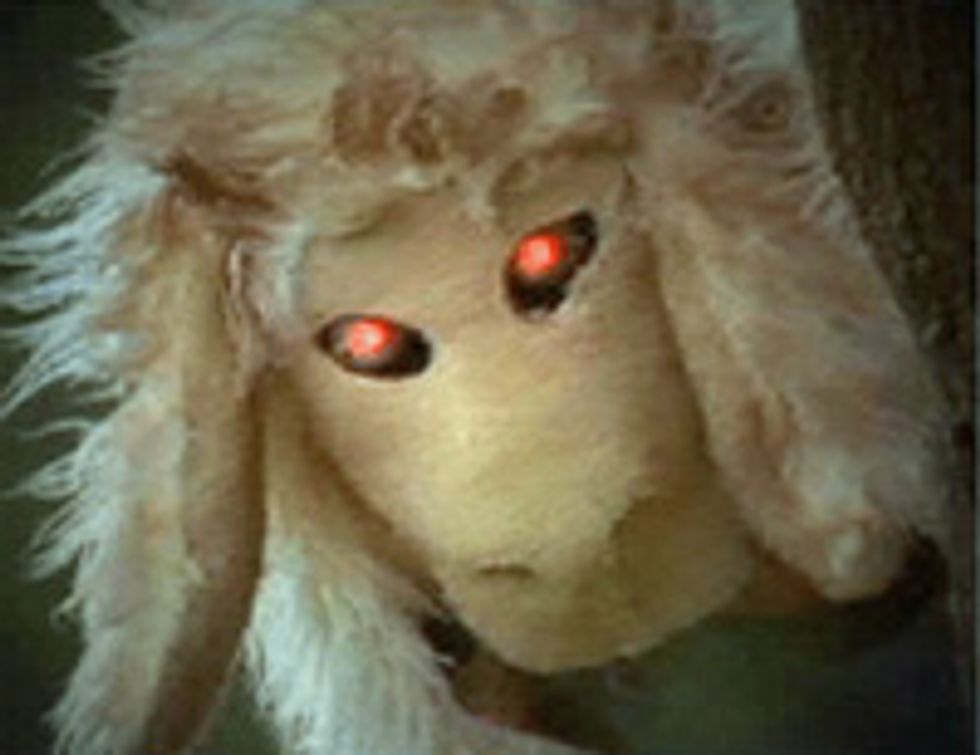 Here is an interesting development that is occurring in Pennsylvania: it appears that we have been so busy worrying about theMexicans stealing all the jobs from white people that we forgot to watch out for that other problem, which is livestock stealing jobs from humans. Oops! It is pretty much the creepy sci-fi version of "Babe" now, as sheep have started mowing the lawns of public schools while chanting "To your breed, your fleece, your clan be true," and shooting lasers out of their eyes, because Pennsylvania Governor Tom Corbett decided to make some budget cuts. What is happening in Carlisle, Pennsylvania, and how do we make it stop?

When Gov. Corbett signed $900 million in school budget cuts into law, the parents of Carlisle School District were of course horrified, because who would cut the grass? This was priority number one, because if the school can't provide a decent education, it should at least look respectable, because this is America.

In Carlisle, Pennsylvania, students at two local schools will be greeted this fall by something unusual on the grounds: sheep. Rather than spend money on cutting grass, the Carlisle School District has brought in 7 Romney sheep to tend the fields. “They’ve done a good job so far,” says Superintendent John Friend.

The sheep come free of charge, since they belong to the principal of the middle school. Friend estimates that they will save the district about $15,000 this year in mowing costs. That makes up for only a small amount of the district’s $2 million reduction in state support following what has been described as Pennsylvania’s deepest education budget cuts in a generation.

The Romney sheep are disillusioned by the lack of choices out there for them, but they're just passing time until they move into their giant sheep mansion.

The 6.2-acre field in which Carlisle’s sheep do their work is unusual for another reason: It is home to solar panels that churn out one megawatt of energy. Bringing in solar panels last year required an investment of $5 million — half of which was paid for with state and federal grants. Friend thinks that investment will soon pay for itself between savings on energy costs and solar renewable energy credits earned from use of the panels that can be resold to utility companies.

Response to both moves has been mostly positive so far among parents. Friend thinks they send a message to the community that the district cares about sustainability and is doing everything possible to reduce its costs.

Whoa, SLOW DOWN PENNSYLVANIA. You've got wild animals doing jobs meant for human beings (and machines) and now you are using the power of the sun to provide energy, so this sounds like another one of those schools where children are forced to learn things like "science," and we certainly have enough of those, thank you. [Stateline]