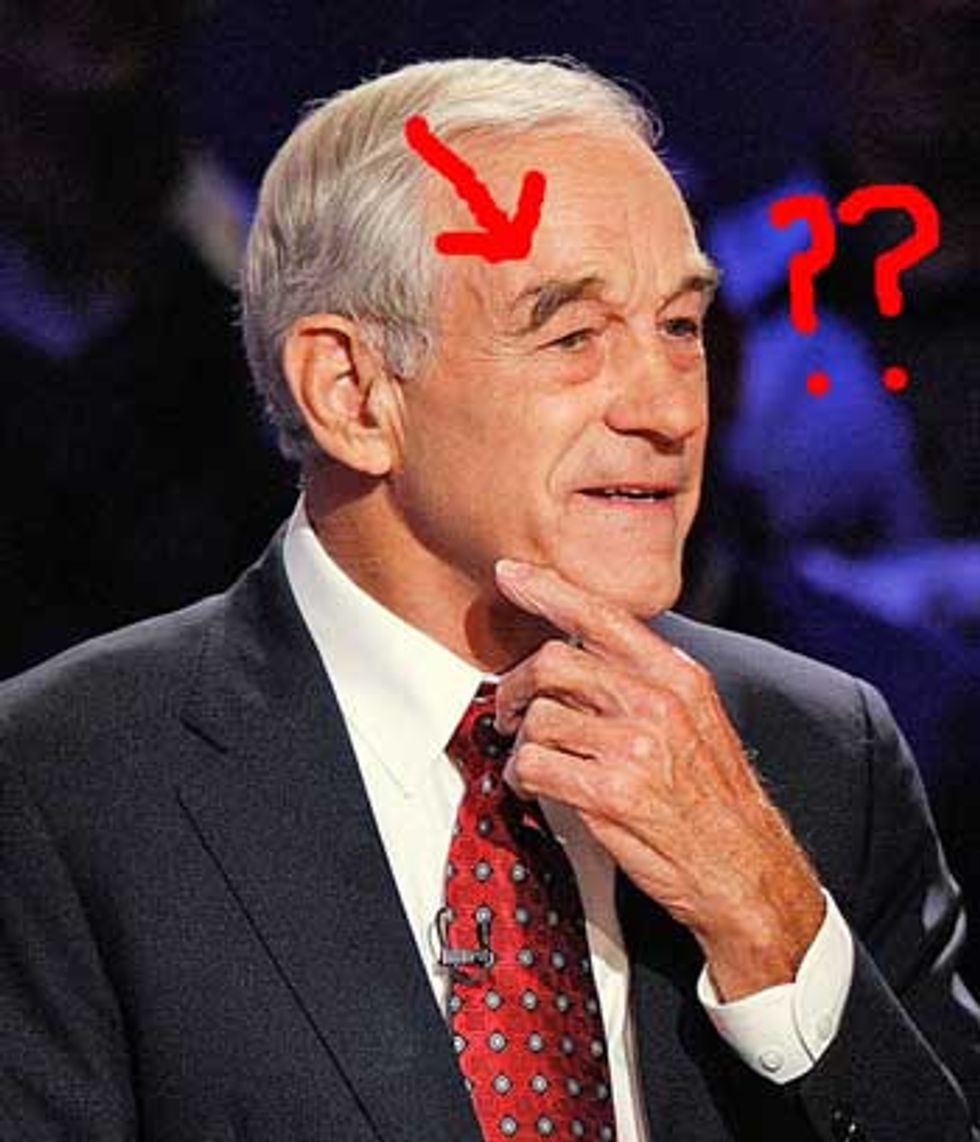 WHA?? So according to this weird image, it turns out that Dr. Ron Paul is either an alien cyborg whose face began partially melting off under the hot stage lights of the lastGOP debate, OR, possibly, he was caught strangely using eyebrow toupees to beef up the facial hair testosterone quotient of his libertarian sex god persona. No pencil thin lady brows here, nosiree! To be fair, these are just some eyebrows we are talking about, whereas Mitt Romney is actually a known entirely fake human.

At any rate, the NYT Fashion & Style section is ON THE CASE:

Seen on television, Mr. Paul appeared to have a second, thinner brow under the one headed south, creating a delicate X over his right eye.

Jesse Benton, a campaign spokesman, insisted that Mr. Paul had been the victim of the elements, namely a heavy pollen season in New Hampshire, and called accusations that he’d been artificially enhancing “stupid” and “insulting.”

“Dr. Paul’s allergies acted up a touch,” Mr. Benton said in an explanation that might raise some, you know, questions.

Best medical explanation from an actual doctor for " parts of my face started falling off" that we have ever heard! [NYT]