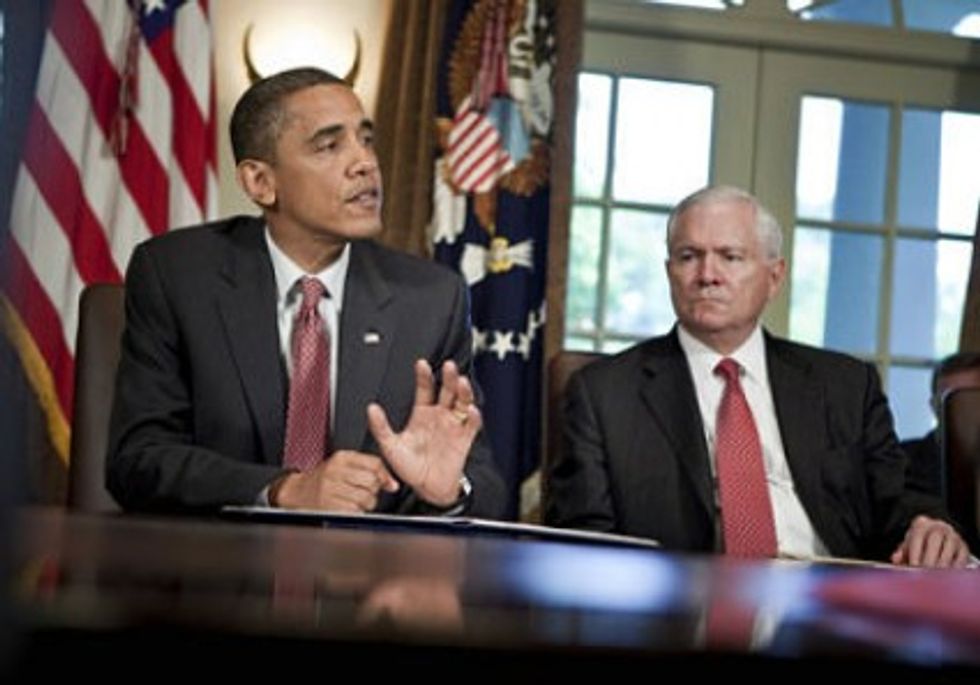 It is still 2006? No, it is 2011! And your mysteriousBush administration Obama administration is concerned about the terrible presence of peaceniks and hippies roaming freely in American cities, because 9/11 was a hippie thing. So what is going on? 'We just killed that pro-war bin Laden guy,' Non-Partisan Obama said, 'so we have to be fair and go after some anti-war activists now.' There are two sides of the terror coin, after all: the people who want to kill you and the people who dislike the United States being at war all the time. Keep tabs on them both. Hell, just keep tabs on everyone. Everyone is now a terrorist.

Weirdest part: how did the FBI know who to go after when they wanted to perform raids? THEY LOOKED THROUGH OBAMA'S PHONE BOOK. Haha, there is some ironic proof he is a secret socialist terrorist. Some of those targeted are union organizers and activists Obama had contact with in Chicago. Are you sure you want to volunteer for the Obama re-election campaign?

The search was part of a mysterious, ongoing nationwide terrorism investigation with an unusual target: prominent peace activists and politically active labor organizers.

The probe — involving subpoenas to 23 people and raids of seven homes last fall — has triggered a high-powered protest against the Department of Justice and, in the process, could create some political discomfort for President Obama with his union supporters as he gears up for his reelection campaign.

The apparent targets are concentrated in the Midwest, including Chicagoans who crossed paths with Obama when he was a young state senator and some who have been active in labor unions that supported his political rise.

It is time to brush up on your Orwell, everybody who can still read, which is no one. [WaPo]