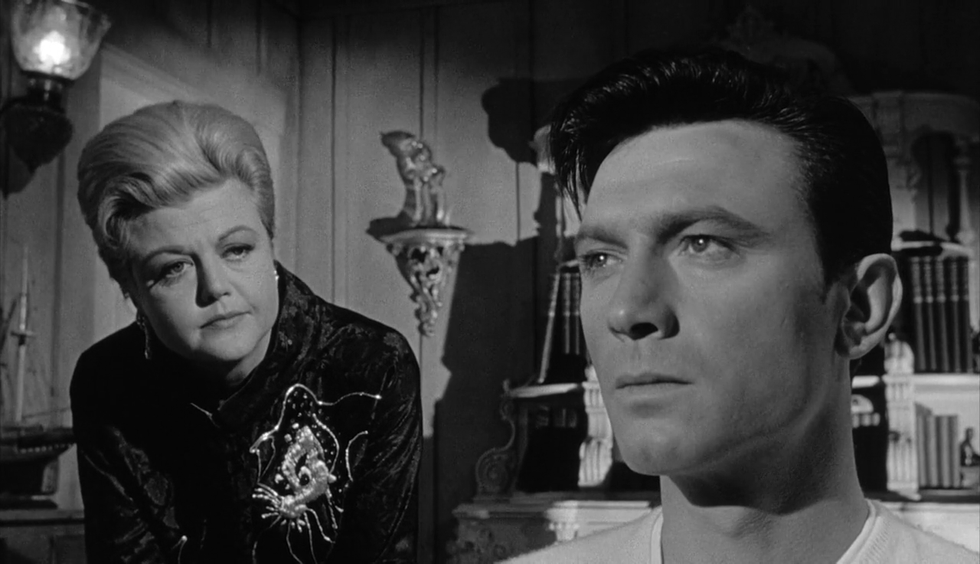 Last night was a hell of a time to be alive and on the Internet. Slate dropped a long reported piece about "Donald Trump's Secret Server: Does It Only Go Back and Forth With This One Bank in Moscow?" Tech dudes who wrote the Internet: er, yes!

There was a third Russia story too I think, I can't even remember, shit got so nuts and crazy. OH! Yeah, the "check out sex tape" thing. That wasn't so much a story as "lol u guise heard this too?"

I have no way to assess the validity of the Slate story, centering as it does on "these white hat hackers who patrol the place for malware watch Internet logs and noticed needle-in-a-haystack-styley that a Moscow server was pinging back and forth with a Trump Organization server, which was weird and they kept their eye on it and a bunch of other technical stuff, okay it's all circumstantial but HMMMM when reporters on the case asked the Russian bank, Alfa Bank, about it, the Trump server shut down and then four days later renamed itself something else and the first server to ping it was the Alfa Bank server again."

You wanna go read those two stories real quick? We can wait right here for you, because shit is bout to get DEBUNKED!

[wonkbar]<a href="http://wonkette.com/608059/anthony-weiners-dick-explodes-all-over-hillary-clintons-emails"></a>[/wonkbar]Remember how James Comey, director of the FBI, dropped a huge dook right up on Hillary Clinton's head end of last week and then promptly zipped his lip on any further utterance that might clarify whether or not Hillary Clinton was a recidivist AOL subscriber, while even Republican senators were like "dude? not cool? a little more information?" And every person in the world from the Trump idiots, to the Hillary For Stronger Together campaign, to the PRESIDENT OF THE UNITED STATES was like "dude? put up or shut up?" And James Comey said no, he had become one of the monks who takes a vow of silence, see you never.

Well, FUNNY STORY! When all this Trumpchurian Candidate hullaballoo came out yesterday, the FBI managed to light a fire under its ass and clear Donald Trump of all possible wrongdoing, and even unwittingly being a dupe of Putin, within like 20 minutes. And you'll never guess whose pen they guided, it is the august New York Times!

Reporter Eric Lichtblau, according to the Slate server piece, had also been working the story of the server. Maybe he got scooped! Maybe he decided there was no there there! And yet, this was the same Eric Lichtblau who just a few weeks ago earned Wonkette's unending admiration for his magnificent expose "How Is The Clinton Foundation Raping Puppies Today?"

In that masterpiece, Lichtblau poses the headline just-asking beaut, "Emails Raise New Questions About Clinton Foundation Ties To State Dept." It went a little something like this:

WASHINGTON — A top aide to Hillary Clinton at the State Department agreed to try to obtain a special diplomatic passport for an adviser to former President Bill Clinton in 2009, according to emails released Thursday, raising new questions about whether people tied to the Clinton Foundation received special access at the department.

My goodness, that top aide, all that collusive-y wrongdoing, she gets to go to the top of the story! Oh, but read on, and you learn the adviser was joining Bill Clinton on a trip to North Korea, to free our hostages, not "going to Cabo and partying and killing people or whatever, which would be a bad reason to get a diplomatic passport."

Read even further, and you learn that HILLARY CLINTON SAID THEY COULD NOT HAVE THE DIPLOMATIC PASSPORTS, NUNCA NYET NO.

So what I am saying is "Eric Lichtblau sure knows how to make up a story about nothing when he wants to," and also "fuck that guy." Don't you think somebody should "raise questions" about THAT?

Within hours of Franklin Foer's piece at Slate and David Corn's piece at Mother Jones, Lichtblau had managed to put the upstarts in their places, writing in a Voice of God style quoting "law enforcement officials" as arbiters of the fact that there was nothing to the server piece, and nothing to the Putin piece, and that even the investigation into the Russians hacking the DNC and Hillary Clinton campaign's emails (along with a few state voting sites) had absolutely nothing to do with Mr. Donald J. Trump, they were just absolutely sure of it. Let's have a sniff!

NONE evidence??? Him or "anyone else" in his business or political circle? Not even Roger Stone, who a month before Wikileaks splashed Hillary Clinton's campaign manager's emails all over the internet promised it would soon be his time in the hot seat?

Hmmm, maybe these FBI fellows aren't that good at looking!

Law enforcement officials say that none of the investigations so far have found any conclusive or direct link between Mr. Trump and the Russian government. And even the hacking into Democratic emails, F.B.I. and intelligence officials now believe, was aimed at disrupting the presidential election rather than electing Mr. Trump. [...]

As one does. One hacks and disrupts only one side of an electoral campaign in order to sow chaos and not because one is backing the fellow who wants to get rid of NATO for you, and also has a "disproportionate" number of his assets in Russia, and yet has "nothing to do with Russia," and who has a great relationship with Putin, but also "no relationship" with Putin. What kind of crazy conspiracy theorist would think that?

F.B.I. officials spent weeks examining computer data showing an odd stream of activity to a Trump Organization server and Alfa Bank. Computer logs obtained by The New York Times show that two servers at Alfa Bank sent more than 2,700 “look-up” messages — a first step for one system’s computers to talk to another — to a Trump-connected server beginning in the spring. But the F.B.I. ultimately concluded that there could be an innocuous explanation, like a marketing email or spam, for the computer contacts.

Sure, yes, absolutely, "it could be spam." That only goes back and forth between two servers, until reporters ask about it, and then it stops and the server is renamed and it starts again. Sounds about right.

But wait, could there be "an innocuous reason" for Hillary Clinton's emails, like "all the previous secretaries of State kept private emails"? YOU SHUT YOUR MOUTH. Hillary Clinton is never innocuous, she is the greatest crimer of the 20th and 21st centuries and must be pursued with Elliot Ness and/or Ahab-ian zeal.

And how does Lichtblau dismiss David Corn? Well, he doesn't go into the details per se; just the fact that "law enforcement officials" no longer believe there is anything hinky about Mr. Trump's ties to Russia, or Russia's to him, whatsoever. Why, even that nice scoundrel Roger Stone probably didn't do what he said he did:

Democrats have also accused another Republican strategist and Trump confidant, Roger Stone, of being a conduit between the Russian hackers and WikiLeaks, which has published the emails of the Democratic National Committee and Mr. Podesta, the Clinton campaign manager. Mr. Stone boasted of having contacts with the WikiLeaks founder, Julian Assange, and appeared to predict the hacking of Mr. Podesta’s account, though he later denied having any prior knowledge.

Mr. Stone derided the accusations and those raised by Michael J. Morell, a former C.I.A. director and a Clinton supporter, who has called Mr. Trump “an unwitting agent of the Russian Federation.” In an article on the conservative news site Breitbart, Mr. Stone denied having links to Russians and called the accusations “the new McCarthyism.”

And that is literally the last word in the story.

So go away, all you conspiratard idiots, the FBI has spoken, through the hallowed New York Times, and it has spoken to say NOTHING TO SEE HERE EVER and WHOLE LOT OF WEIRD COINCIDENCES if it is about Donald Trump, and it may speak again when it's gone through Hillary Clinton's one billion emails directing Huma Abedin to do Muslim Brotherhood Islamic Radical Terrorism, but then again, maybe it won't.

After all, James Comey's wife was so mad at him that he didn't "lock her up."