FBI Told Trump The Russians Were Coming Way Back In 2016, And He Was Like 'YAY!' 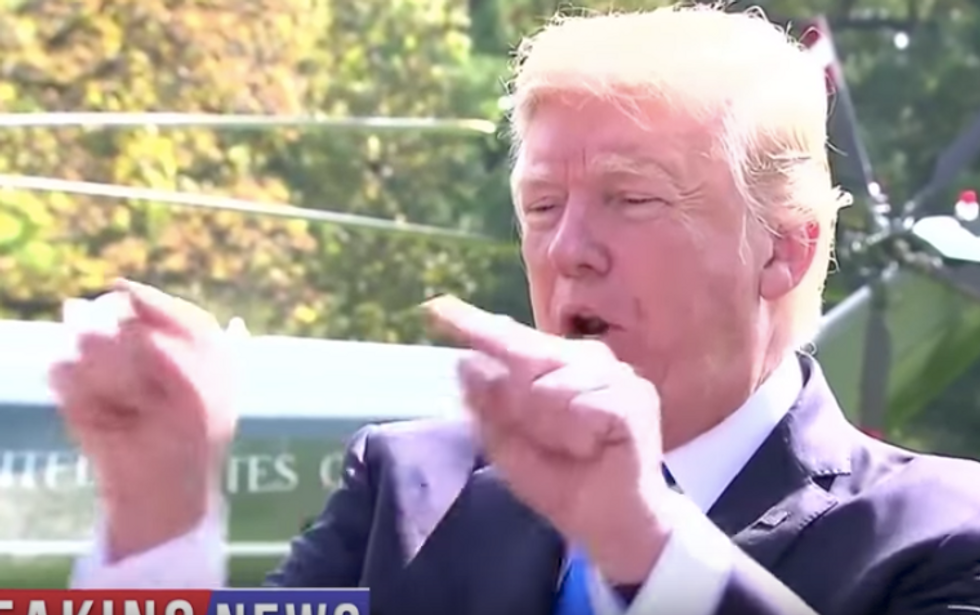 President of America, connecting the dots

NBC News has a little scoop about Donald Trump and Russia! It turns out way back during the 2016 election season, the FBI had a sitdown with Trump to tell him to be on the lookout for Russians trying to insert themselves into the campaign in an espionage way. They did the same with Hillary Clinton, because it was a routine kind of thing. But we are guessing that whereas Hillary's campaign said, "Oh that is terrible! We will be very vigilant and OH SHIT RUSSIA STOLE OUR EMAILS AND GAVE THEM TO WIKILEAKS," the Trump campaign said, "We know! It's so awesome! Russia stole Hillary's emails and gave them to WikiLeaks!" After that, WE ASSUME Donald Trump Jr. was like "Which Russians? The ones in my office right now?" And then Jared Kushner and Paul Manafort and Michael Flynn put on mustache disguises and left the room to go talk to some Russians on their shoe phones, PROBABLY ALLEGEDLY.

It's not clear exactly what day Trump got this little briefing, but NBC says it was sometime around when Trump pretended to pay attention to his first classified intelligence briefing, which happened on August 17, 2016. At that point, according to all the available evidence, the Trump campaign had been going steady with Russia for AGES. (For context, remember that Junior's Russian Trump Tower meeting was in June.)

After that briefing, Trump people only met with Russians and lied about it approximately one million times more.

Of course, this is probably not Trump's fault, because after all he is new at politics and doesn't know the rules and doesn't understand that when the FBI says, "Call us if Russians try to get frisky with you," that means you are supposed to actually call them when the Russians try to get frisky with you. It is the FBI's fault for not warning Trump HARDER, just like it's Sally Yates's fault Trump didn't fire Michael Flynn sooner for lying to the FBI and being a literal actual foreign agent, because Sally Yates didn't hire an airplane to write "FLYNN IS A FUCKING RUSSIAN SPY, YOU IDIOTS" in the sky with its chemtrails.

But of course the Trump campaign did not call the FBI, because why would they? It sure does seem the Trump campaign was engaged in a massive quid pro quo conspiracy with Russia to steal the election and make Michael Flynn and his Russian buddies rich(er) in the process. So if they had called the FBI, that likely would have drawn unwanted attention to what they were up to, and the FBI might have made a lot more progress on the investigation it had already secretly opened into the Trump campaign's bizarre ties with Russia.

But alas, it wasn't that important back then because the FBI was very busy entertaining itself reading Hillary Clinton's emails about yoga and what time does "The Good Wife" come on, so fuck it.