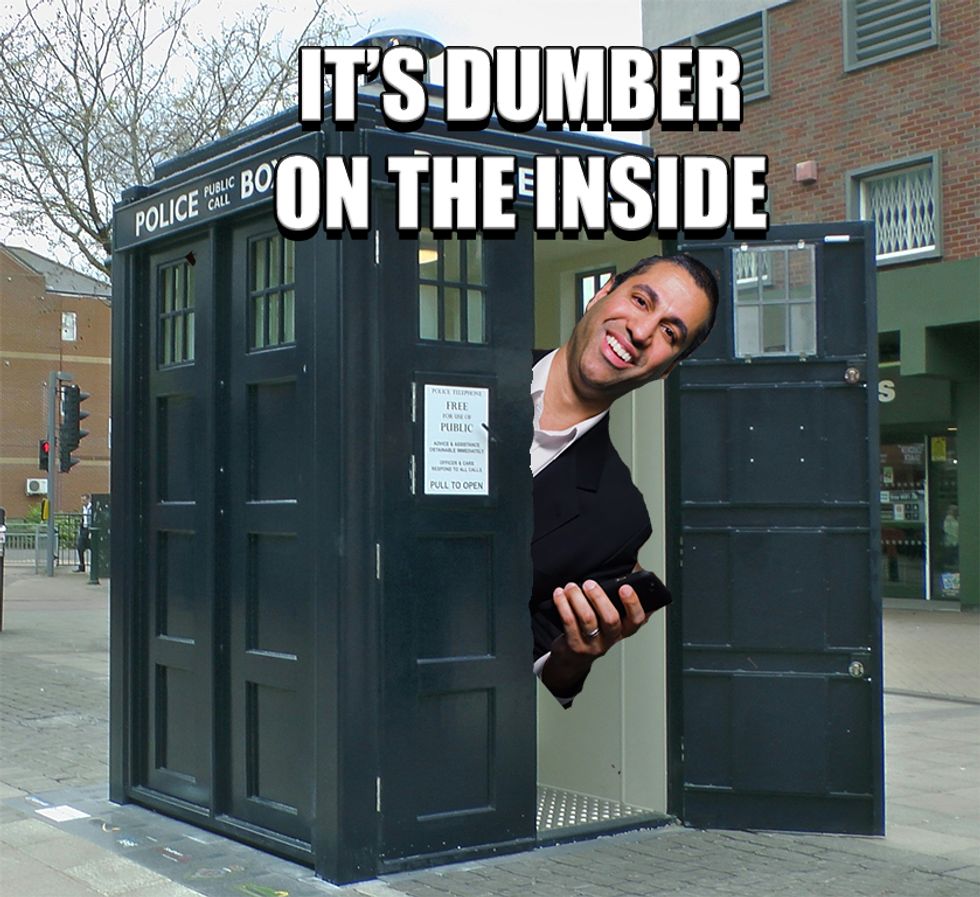 In 1789 Benjamin Franklin wrote a letter to Jean-Baptiste Leroy to brag that America had just finished its Constitution. Franklin was hopeful our new instruction manual would work, but ultimately concluded, "in this world nothing can be said to be certain, except death and taxes." While that idiom remained true for a couple hundred years, the 21st century has since bashed the old world to megabits and the only certainty we have now is that eventually we'll become trapped in some kind of Comcastic customer service hell hole of hold lines.

On Tuesday, the FCC submitted a "Notice of Inquiry," the start of a semi-regular check on our assimilation into The Matrix and the harbinger of future policy moves. Casually tucked inside the statement is a move to lump mobile and fixed Internet connections together, and downgrade the minimally acceptable down/upload speeds. Apparently making America great again includes going back to sweet sounds of dial-up Internet.

Under the current standards set in place by the Obama administration, mobile and fixed connections are separate. Computers and phones are different, they don't travel down the same series of tubes. A computer can't keep you company in the bathroom, but it can help you run a successful mommyblog. Right now ISPs have to maintain 25Mbps/3Mbps down/upload speeds, but if the FCC adopts the new standard ISPs would only have to maintain speeds of 10Mbps/1Mbps.

In less nerdy lingo, that means the FCC wants to allow ISPs and cell carriers to dumb down our expectations of decent Internet connections. It would give the telecoms a pass on building out expensive and future-proof fiber lines in favor of cheaper mobile networks where they can nickel and dime their customers with fees and data caps.

GOP Jerk Babies Will Kill Off 'Obamaphones' For Poors, Just To Be Jerk Babies

It's amazing how many ways Republicans think of to punish poor people. Almost. Assholery can be endlessly creative.

It's no secret that FCC Chairman Ajit Pai has a hard-on for big telecom carriers like Verizon and AT&T. He's spent years bemoaning the regulations holding back the poor, innocent multi-billion dollar telecom industry that has never ever done anything to screw consumers. That's probably why he commissioned a panel to study broadband in local communities and loaded it with suits from Verizon and AT&T. He's just trying to do right by ol' Ma Bell (RIP).

The Broadband Deployment Advisory Committee (BDAC) is Pai's gift to the telecom industry. Billed as way to cut red tape and increase broadband access, the crux of the idea was to let local governments sound off on infrastructure problems faced when attempting to install broadband. But instead of bringing in a councilmen from Bumblefuck, Iowa to kvetch about the problems and needs faced by rural communities, we got over two dozen corporate stooges who could care less if cellular waves cause brain tumors, let alone how to offer a better utility or service.

Carriers have been pushing for mobile broadband primarily because it allows them to maintain control over Internet access. Companies like AT&T and Verizon have been expanding mobile broadband coverage while cutting off services. When they stopped building out fixed fiber lines altogether, a number of local governments said "fuck that and fuck you" to unreliable ISPs and tried to build their own municipal Internet infrastructure, but they keep getting slapped by carriers who push disinformation.

Verizon and AT&T are already the two largest telecom companies in the world, controlling the majority of all mobile traffic. People were right to be nervous when Verizon merged with Comcast to create a telecom conglomerate, and with Time-Warner about to merge with AT&T the people who routinely bitch about free-market choices are choking off small businesses and rural communities ability to exist in the 21st century.

Benjamin Franklin couldn't imagine we'd be able to fend off death with the blood of children, or that Donald Trump could scam his way into a billion dollar tax write off. While we may live in the "Information Age," at a time when libraries are dying and education is privatized, the Internet is becoming crucial in debunking the tidal waves of bullshit. We have well documented historical evidence of what happens when utility companies are left unchecked, and there's no logical reason to let them write policy that turns our technological progress backwards in time.

FCC Chair Wants You To Sit Down And Shut Up About Net Neutrality, Everything Else

Ajit Pai has screwed over jailbirds, the incarcerated, and now he's coming after the Internet.

The FCC is currently accepting comments on revamping Section 706. If you think that the we shouldn't scrap the Obama era rules that keep mobile and fixed services separate, send your government an official spellchecked comment. And don't forget to your local officials too. Every good movement starts with a grumpy person and a newspaper...or a website.