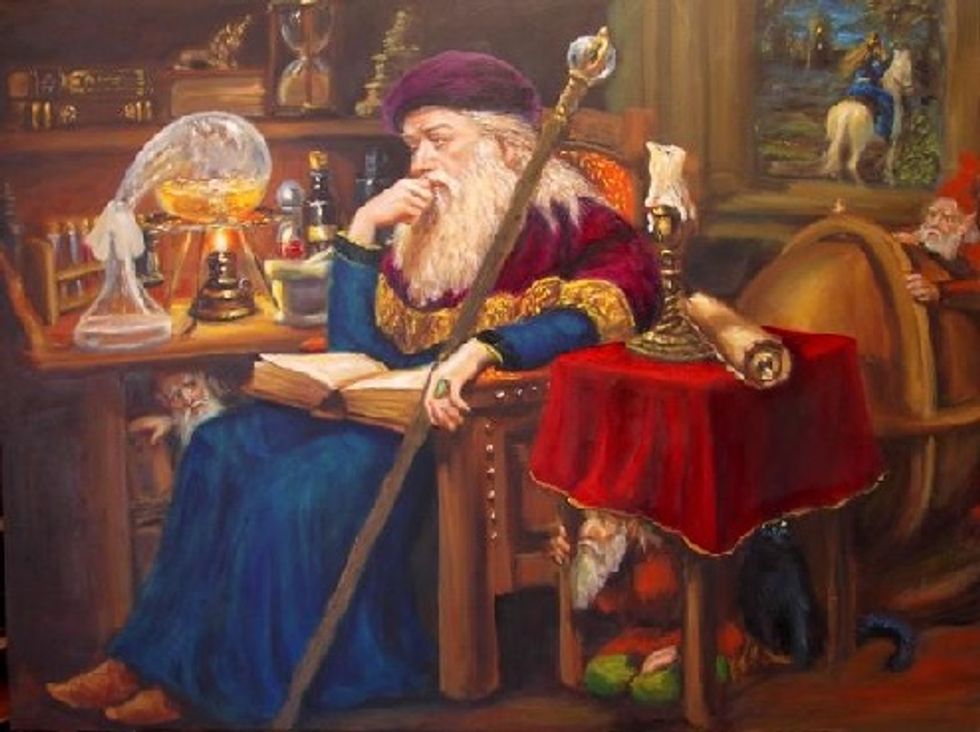 Thanks to the efforts of global warming deniers, House leadership hasquietly pulled a bill that would have created an honorary, unpaid position of "American Science Laureate," saving the nation's schoolchildren from the specter of encountering dangerous pro-science messages. Science magazine explains that the bill was expected to pass easily until Larry Hart of the American Conservative Union complained that an official Science Laureate would allow President Obama to appoint some wild-eyed freak in a lab coat

“who will share his view that science should serve political ends, on such issues as climate change and regulation of greenhouse gases.

The bill had been supported by a wide range of legislators, including Texas Rep. Lamar Smith, the chair of the House Science Committee and a dabbler in global warming denial himself. A spokesman for bill sponsor Randy Hultgren (R-IL), expressed surprise at the bill's demise, emphasizing that

"There would be no taxpayer money involved ... this bill is simply a chance to show our children that discovery science is important and that science can be an exciting and rewarding career.”

On the other hand, aren't there already scientists from Dow Chemical, Exxon, and the Creation Museum who can do that without needing a presidential appointment? (In something of a surprise, the term "czar" hasn't yet been attached to the position.)

Science notes that the bill may be brought back to the House this fall, but that it will face continued opposition from the likes of the Competitive Enterprise Institute, whose Supreme High Idiot, Myron Ebell, said the Science Laureate position would be unworkable since “It would still give scientists an opportunity to pontificate, and we’re opposed to it.”

In an unexpected boon to science, new seismic instruments at the U.S. Geological Survey in Flagstaff, Arizona, were reportedly able to detect the impact of Neil DeGrasse Tyson pounding his head into his desk at the Hayden planetarium in New York City.