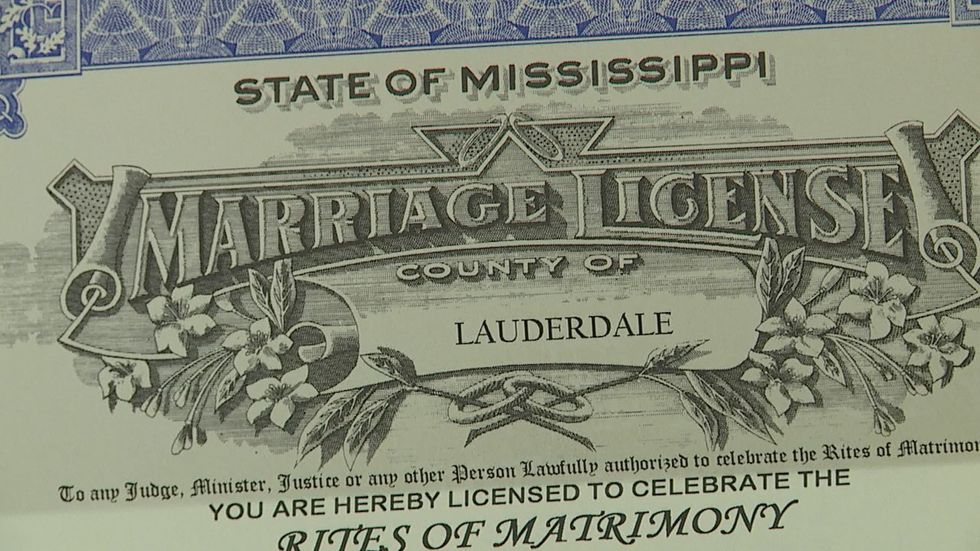 Sometimes, when there is a ton of news about a couple-a big things, news about other things gets swept under the rug and we miss it! But in addition to the other awesome judicial news we got on Monday -- Texas not being able to enact dumbass laws in order to make it more difficult to get an abortion, domestic abusers not being allowed to have guns -- there was also another ruling, this time by a federal judge, that was also pretty exciting!

This past April, Mississippi Governor Phil Bryant signed a bill that would, among a number of other bigot-y things, allow clerks to refuse to issue marriage licenses to the gays if doing so was against their religion. Which is pretty ridiculous, because they are being paid -- by all citizens of the state, not just the straight ones -- to do a job, not to practice their religion. You can tell this by the fact that they have not taken a vow of poverty, and in fact make about 100k a year. And also because they work for the government rather than a church.

This bill was supposed to go into effect on Friday.

ALAS, that is not going to happen. Why? Because U.S. District Judge Carlton Reeves said it ain't. Clerks will be required to treat all couples equally, whether they like it or not. Because that is the law, and it is what they are being paid a ton of money to do. It's their job, and if that job conflicts with their religious beliefs, then probably they should go look for another one. There is a reason you don't meet a ton of Christian Scientist doctors or Jehovah's Witness blood bank employees, you know?

"Mississippi's elected officials may disagree with Obergefell, of course, and may express that disagreement as they see fit — by advocating for a constitutional amendment to overturn the decision, for example," Reeves wrote. "But the marriage license issue will not be adjudicated anew after every legislative session."

Reeves will also be issuing rulings this week on other provisions of House Bill 1523, which -- as Evan splained back in April -- involve banning trans people from using bathrooms and allowing job creators to tell the womenfolk they cain't wear no pants. Oh, and naturally, protecting bakers, florists, DJs etc. from having to provide services for same-sex weddings.

Given his decision on the clerk issue, this is likely to be a very sad week for Mississippi bigots!

The State of Mississippi will likely appeal the decision. Republican Lt. Gov. Tate Reeves -- who, the Associated Press notes, is not related to the judge -- responded to the ruling by releasing a statement saying "If this opinion by the federal court denies even one Mississippian of their fundamental right to practice their religion, then all Mississippians are denied their 1st Amendment rights ... I hope the state's attorneys will quickly appeal this decision to the 5th Circuit to protect the deeply held religious beliefs of all Mississippians."

This is, of course, not a violation of anyone's First Amendment rights, because there actually is no First Amendment right to discriminate against anyone, or to be paid for a job you refuse to do! Even if it is your religion! Just ask the rotting corpse of former Mississippi Governor Theodore Bilbo, who believed that black people and white people having sex and getting married was a violation of his version of Christianity, stating that there “is every reason to believe that miscegenation and amalgamation are sins of man in direct defiance to the will of God.” Or the rotting corpse of another Mississippi Governor, Ross Barnett, who stated that “the good Lord was the original segregationist ... He put the black man in Africa. ... He made us white because he wanted us white, and He intended that we should stay that way." Or just take a look for yourselves and see how well that schtick worked out for them! Okay, they're not really relevant, we just wanted to point out Mississippi's full of dicks.