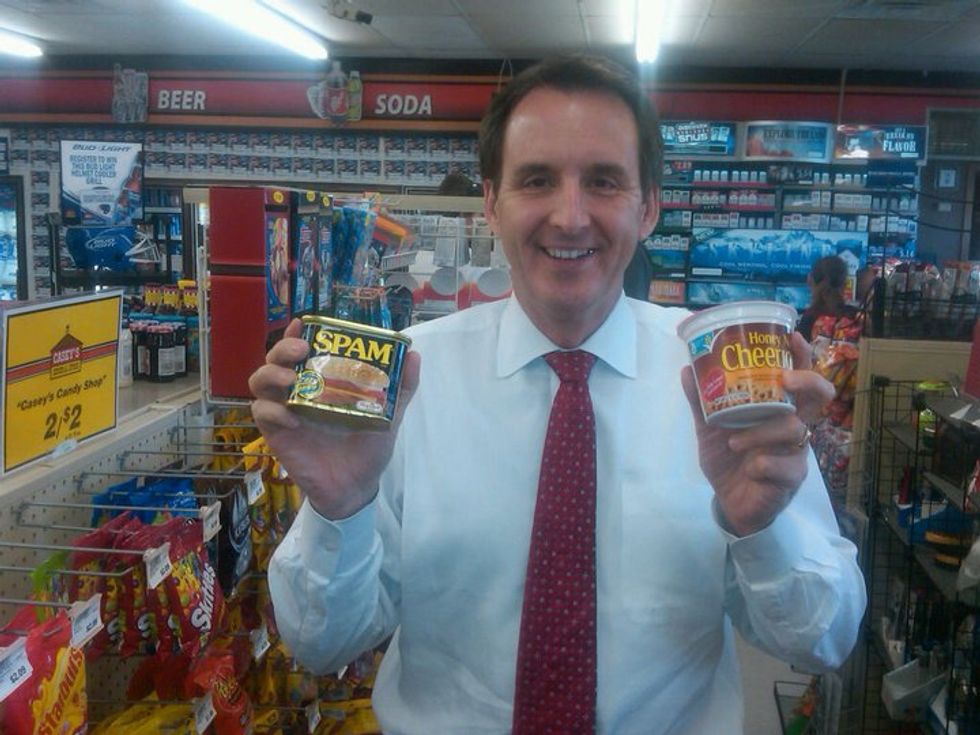 How might make-believe GOP candidate Tim Pawlenty distinguish himself with the elderly Tea Party voters? By taking away their Medicare and Social Security, so they will die! This is a very tricky strategy that only a fictional Minnesota superhero could invent. What else could he do to make sure he never wins a primary? How about going to Iowa and telling the welfare-farmer ethanol growers that he will take their money away? The man from the ethanol industry in Iowa responded with this, “Iowans look forward to Governor Pawlenty further detailing his plans to phase out petroleum subsidies, perhaps in a speech in Houston, Texas.” Is thatreally all the Iowans look forward to? What about Memorial Day Weekend, wouldn't they traditionally look forward to that?

The other problem for Tim Pawlenty (if he exists) is that he took a ton of socialist federal stimulus money when he was governor. Truckloads of socialist billion dollar bills, all with Obama's face on them. Maybe he can be Mitt Romney's choice for vice president, and they can run as "The White Obama Twins." [New York Times]