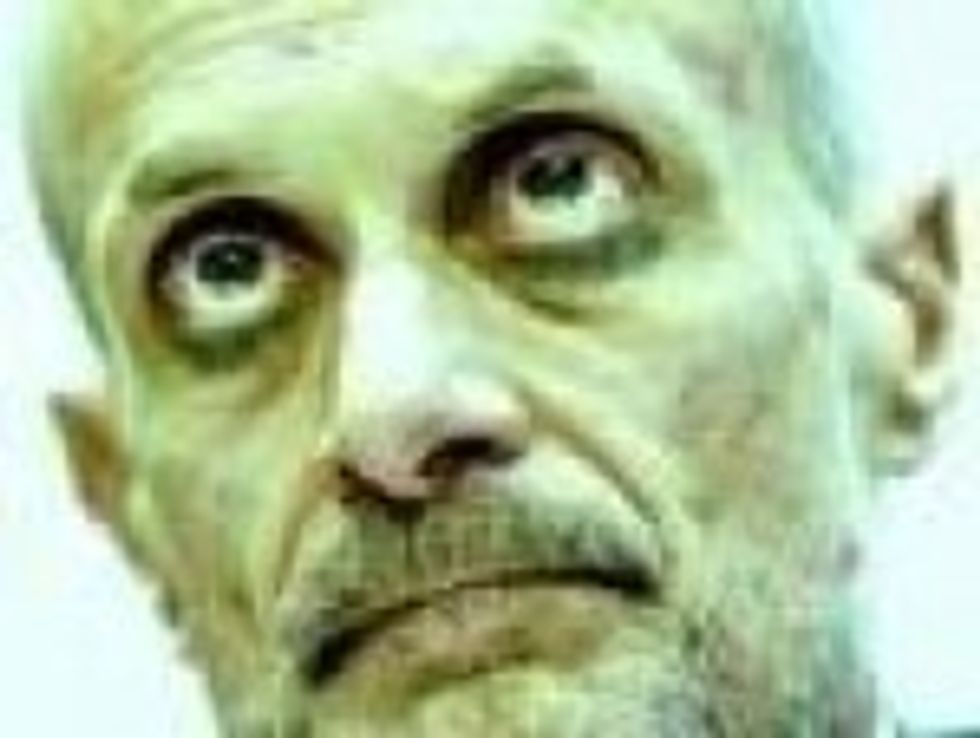 Remember how the scrappy Afghan mujahideen crushed the mighty Soviet Union in Afghanistan, which quickly led to the collapse of the entire USSR? No? Well, it happened, in the 1980s. How about when the scrappy Taliban defeated America in Afghanistan, which is actually still happening today? Let's not talk about that, because it's Veterans Day. What we can talk about is how you, the brave freedom-fries fighter, can defeat the pornographic death-ray machines being installed in U.S. airports just in time for some obese high-school dropouts to look at your children's genitalia, for Thanksgiving! On November 24, the day before Thanksgiving and one of the busiest air-travel days of the year, you are being called upon to cripple the TSA, hooray! (For freedom.)

You know about the pornographic death-scan X-ray naked radiation tanks people are being told to climb inside, in order to get on planes? Well, it seems that even Americans can only be humiliated and shit upon so much (by professionals) before they sort of stand up for themselves, a little bit. Standing up for yourself in this case means "opting out" of the cancer murder porn machine the TSA is using to a) look at your children naked and b) literally murder you with death rays. And "opting out" means one of the TSA tards actually attempts to stick its KFC-greased fingers in your anus or vagina, so that UPS can ship printer-cartridge bombs on cargo planes from Yemen. Not a perfect protest, but we still recommend you do it, because not a single airport is going to be prepared for this, plus all the pilots are refusing to go through the radiation-nudity chambers, so basically somebody is going to have to call off the use of these child-porn tubes because otherwise the near-death American Economy is going to be finished off, for good, by Thanksgiving.

Here's what the organizers of National Opt-Out Day have to say:

You, your family and friends traveling by air on Wednesday, November 24, 2010.

National Opt-Out Day. While the government doesn't always like to advertise this, you have the ability to opt-out of the naked body scanner machines (AIT, or Advance Imaging Technology, as the government calls it). All you have to do is say "I opt out" when they tell you to go through one of the machines. You will then be given a pat down.

At an airport near you!

Wednesday, November 24, 2010. That's right: November 24 - one of the busiest travel days of the year! We want families to sit around the dinner table, eating turkey, talking about how a government employee molested them at the airport. We hope the outrageous experience then propels people to write their Member of Congress and the airlines to demand change.

We are sick of "security theater." These naked body scanners do not make us a more secure nation. In fact, the scanners, which use radiation, may not even be safe for our long-term health. The government should not have the ability to virtually strip search anyone it wants. Why should a government employee get to see a naked scan of a passenger, and do who knows what in the back room while viewing that image? We have already heard stories of TSA officials laughing at small genitals and making certain women go through the machines or taking off extra clothes, reducing them to tears. This is absolutely sick behavior. If you don't like it and don't want to be virtually strip searched, then too bad says the government. To try and make everyone comply with the naked body scanners, the government has made the alternative worse! With their enhanced pat downs, TSA now touches the genitals and private areas of men, women and children with the front of the hand! We do not believe the government has a right to see you naked or feel you up just because you bought an airline ticket. There are better, less invasive security measures that can be taken.

By saying "I opt out" when told to go through the bodying imaging machines and submitting to a pat down. Also, be sure to have your pat down by TSA in full public - do not go to the back room when asked. Every citizen must see for themselves how the government treats law-abiding citizens.