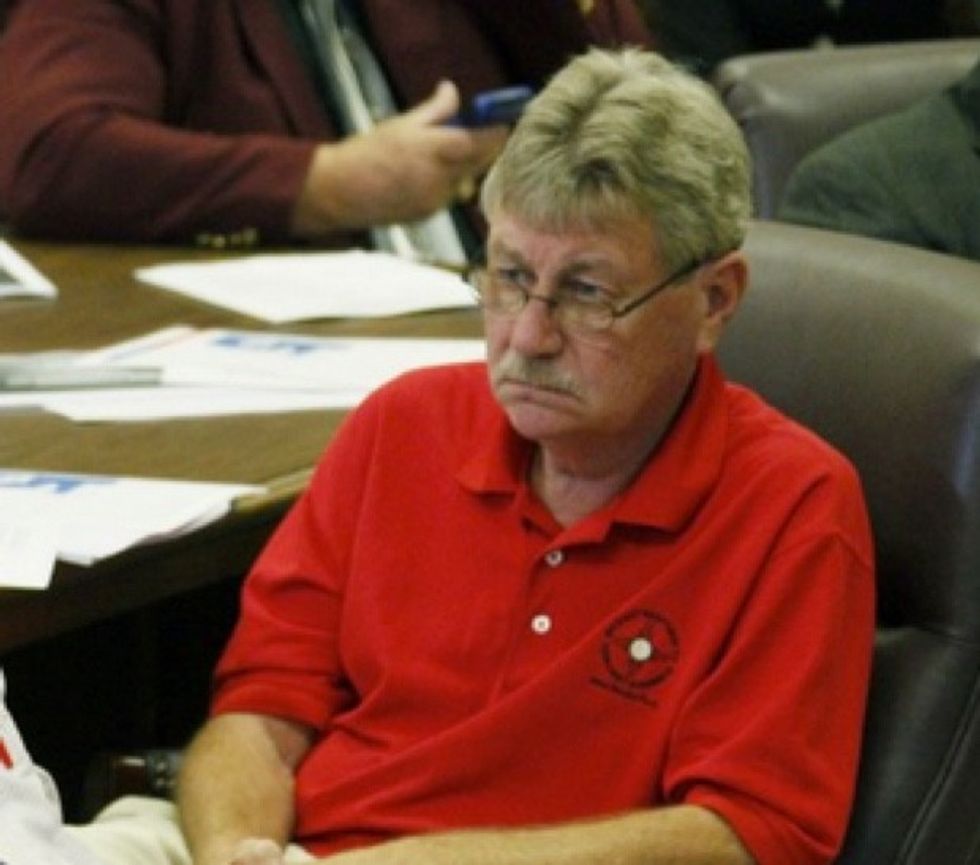 Mississippi state Rep. Gene Alday (R-Circa 1844, Most Other Years) is not a fan of a new state education bill under consideration, which would prevent third grade students from advancing to the fourth grade if they don’t reach a certain reading proficiency level. Why?

[He] doesn't believe any more funding is needed. "I don't see any schools hurting," he said.

But then he went on to say that Mississippi "has a lot of bad school districts. The people are electing superintendents that don't know anything about education."

The former mayor of Walls (population 1,248) went on to say, "I come from a town where all the blacks are getting food stamps and what I call 'welfare crazy checks.' They don't work."

We're not sure if Alday aimed to spell crazy with a "k," but according to Gene, all schools are doing great, except for a lot that aren't. Also, since there are so many Crazy Black Welfare Queens, the state shouldn't spend more money on a program that helps 8-year-olds. The reference made little sense, though it's possible this is just his boilerplate response when asked about any piece of legislation since Alday continued with an unrelated criticism of his local health care system. You'll never guess who's to blame! (Just kidding, you absolutely will.)

He had to go to the emergency room for pain, he said. "I liked to died. I laid in there for hours because they (blacks) were in there being treated for gunshots."

The only way to treat a bad guy with a gunshot wound is after treating a good guy likin' to die. However, we're not quite sure where all these bullet-holed bad guys are coming from since it looks like the only 2014 Walls, Mississippi homicide was committed by an old white guy.  Regardless, that doesn't mean Gene is going to allocate funds so that kids can learn all 26 letters of the alphabet.

After the Clarion Ledger published Alday's comments, he was quickly chastised with bipartisan fervor.  But Alday is holding firm. He's a good guy who clearly got "gotcha'd" by a rogue MSM reporter who had the gall to call Alday in the evening and feed him questions because Alday is apparently some sort of Racist Gremlin.

"I'm not a bad person, and that makes me look like an evil person," Alday said Monday. "I didn't do anything wrong. The guy made me look like a fool."

"It was late at night and he called me," Alday said of his earlier interview with Clarion-Ledger investigative reporter Jerry Mitchell. "He asked me a question back to when I was in law enforcement … I have a way of talking and saying, 'take this off the record.'"

Thankfully Alday is out of law enforcement, but he's not done law-making.  He's refusing to resign just because he called his black constituents violent freeloaders who don't deserve to learn how to read. He's totally not evil. He just needs some rest.