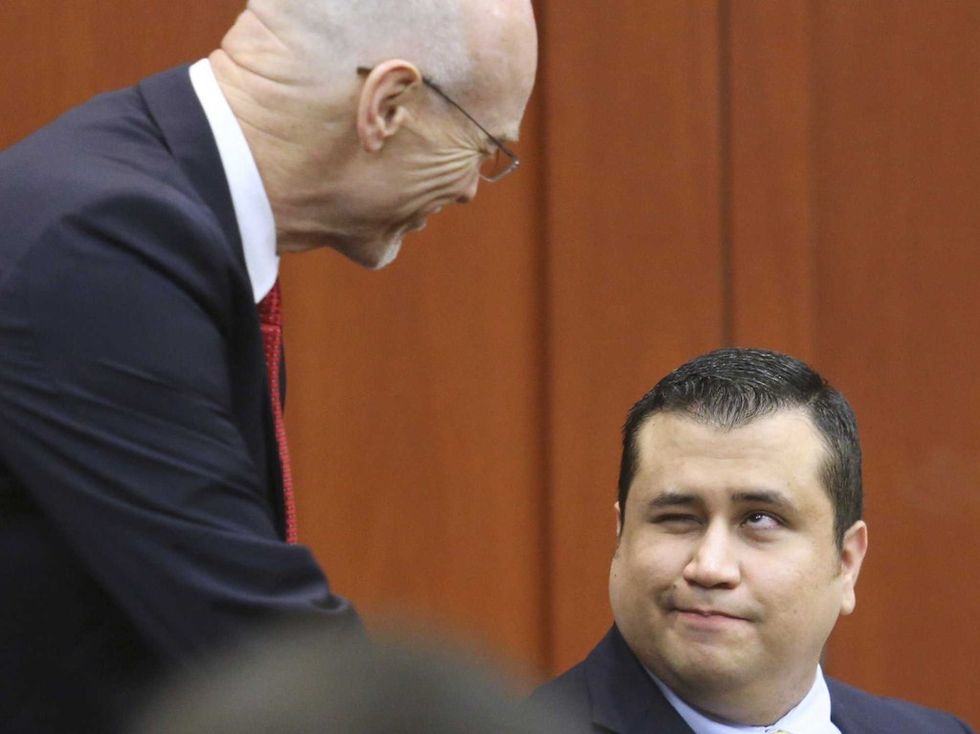 Welp, according to"ClickOrlando.com," which is apparently a thing on the Interwebz, beloved Sidewalk Crusader George Zimmerman has been "taken into custody after incident with gun." Well, that makes once anyway!

But the story by "ClickOrlando.com" is woefully lacking in any kind of explanation, and so now we are filled with questions! Considering Zimmerman's long history of innocence when it comes to guns, and shooting people with them, obviously he could not have done anything too terrible with that gun. SO WHAT WAS IT ALREADY?

2. Helping demonstrate one of Chekhov's axioms of dramaturgy

3. Shooting a tree branch so it would fall down so the kitten that was stuck on it would not starve to death and die because that is only for children, in New Jersey

4. Demonstrating that he really was just happy to see someone

5. Shooting someone with it, to death.

Update: In a surprising twist that absolutely no one could have seen coming, we learn that

George Zimmerman has been taken into custody in Central Florida after his estranged wife called police saying he threatened her and her father with a gun.