Flint, Michigan, Invites You To Wash Down Those Rabbits With A Nice Glass Of Lead 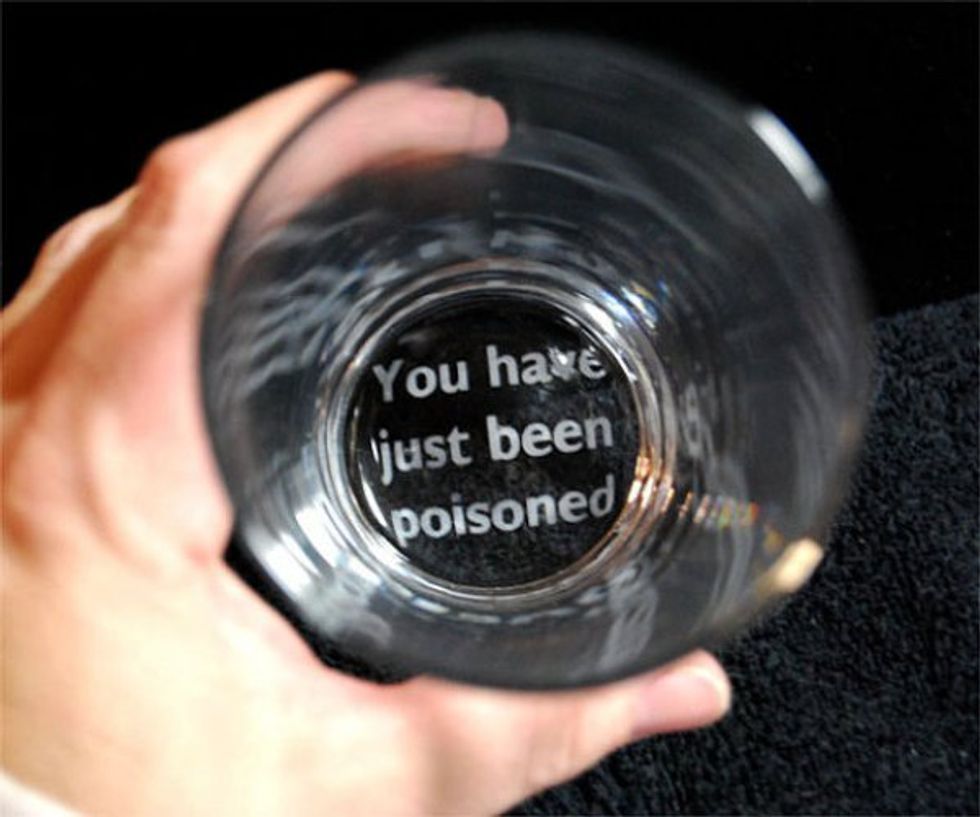 Hey kids! Are you still depressed over last night's debate, where a bunch of people basically argued over which of them was more likely to murder an ISIS member's child by ripping said child's throat out with their teeth? (SPOILER ALERT: They're all super likely to do so.) Perhaps you need something a little less brutal. Maybe something about municipal water quality, which is usually not quite so depressing. Oh, wait. Except for in Flint, Michigan, where the water is literally poisoning people.

The residents of Flint, Michigan have so much lead in their bloodstreams that the mayor has declared a state of emergency.

“The City of Flint has experienced a man-made disaster,” wrote Flint Mayor Karen Weaver in a Monday statement, where she requested an emergency meeting on the issue “no later than the end of December 2015.”

Weaver focused specifically on the threat to children’s health, calling the damage from lead poisoning “irreversible.”

Although, having just watched the GOP debate you may be feeling like everything politicians say is craven craptastic hyperbole at best and outright malicious lying at worst, what Weaver is saying is actually factually true: having high amounts of lead in your water is so bad for kids that we don't even really have a way to joke about it.

According to the World Health Organization, “lead affects children’s brain development resulting in reduced intelligence quotient (IQ), behavioral changes such as shortening of attention span and increased antisocial behavior, and reduced educational attainment. Lead exposure also causes anemia, hypertension, renal impairment, immunotoxicity and toxicity to the reproductive organs. The neurological and behavioral effects of lead are believed to be irreversible.”

See, Flint used to get its water from Detroit, which has a purified water system. But as Detroit slid into an almost comically bad level of financial disarray, Flint and a bunch of other cities decided they'd build their own system. Problem: that takes around five years. Bigger problem: for the interim, the state decided to hook the people of Flint up to the Flint River, which is corrosive as fuck. After a whole bunch of people noticed that drinking river water was like drinking metallic sludge, the city decided it would be a good idea to tell people to boil the foul-smelling muck that was coming out of their faucets, because that's what they do on teevee or something. Yeah, about that.

The city issued a boil advisory in September 2014. This recommendation runs contrary to the Center for Disease Control and Prevention’s guidelines on lead in drinking water, which state that heating or boiling water will not remove lead. In fact, “because some of the water evaporates during the boiling process, the lead concentration of the water can actually increase slightly as the water is boiled,” according to the CDC.

Michigan's skinflint GOP governor, Rick Snyder, finally saw his way clear to throw $12 million at Flint so they can switch back to Detroit's water system, which is presumably not chock full o'lead. And last month, a group of residents filed a lawsuit against both the state and the city, arguing that they knew full well they were feeding their residents a big glass of death, yet chose to do nothing.

Normally we'd say we hope that these residents kick ass and win tons of money, but you can't get blood from a turnip like Flint, and god knows the state is going to fight unto the ends of the earth to avoid paying anything out, so we'll just wish them a sort of generic good luck.