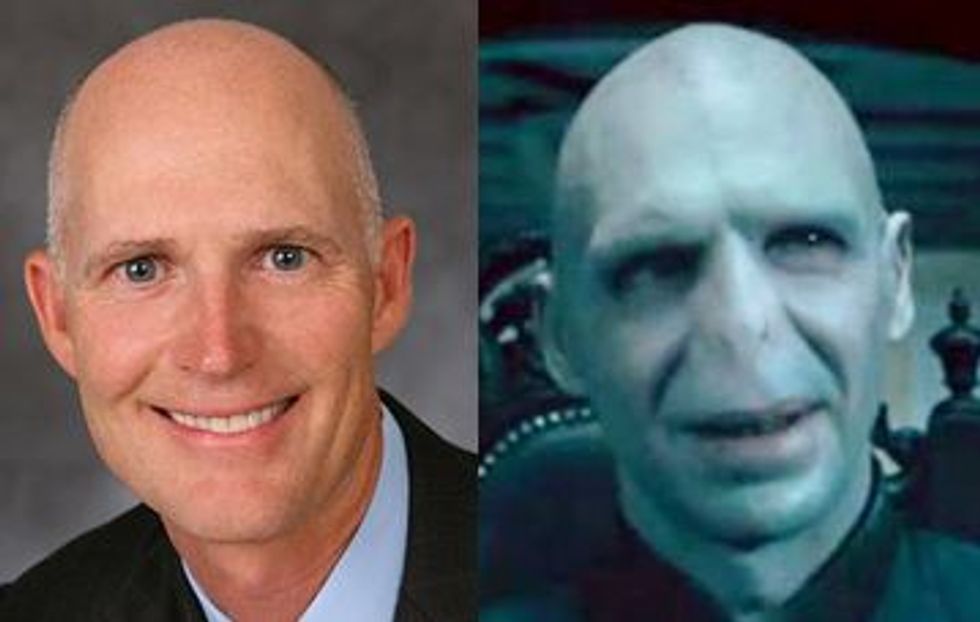 Doug Varrieur genuinely seems like a responsible gun owner. When he learned that the state of Floridapermits near-unrestricted gunplay on one's own property, he was naturally excited to set up some cans and start shooting. But! Before doing this, he made sure to construct a sturdy backstop to prevent the slaughter of innocents. He wasn't required to; the law is pretty much just "Have fun and don't let a cop see you do something stupid," but Varrieur is a rare sort: A Florida gun enthusiast and backyard shooter who wants more regulations on guns. For safety. In Florida.

[Varrieur] made a list of requirements he thinks should be included in the statute for non-rural residences. They include requirements about backstops, targets, the distance that bullets can travel, the time of day shots can be fired and the types of weapons and ammunition that can be used. He doesn’t think it is safe to use high-powered rifles and armor-piercing bullets at your home.

The 1987 gun law is permission by omission. It's a misdemeanor to cast lead

Otherwise, knock yourself out (with the recoil of your gun, because you are dead stinking drunk and shooting at the dirt, your dirt goddamn it, can't tell me whadda do on my own dirt. Fukkr.)

Some, like Doug Varrieur and numerous law enforcement officials, feel that letting people shoot whatever they want, whenever they want, into whatever dirt they want (provided they own it, fukkr) could be dangerous.

Some feel the opposite. Can you guess which feelers are in charge of Florida?

But in 2011, backed by the National Rifle Association, the Republican-led state Legislature put more teeth into the state law, creating penalties for local lawmakers who violate it. Gov. Rick Scott signed the law that now makes anyone who creates or upholds local gun ordinances subject to fines of up to $5,000. They also can be removed from office and forced to pay their own legal bills if sued over local gun ordinances.

Once the 2011 law took effect, Florida Carry, a nonprofit, gun-rights organization, began systematically going after any municipality that had not already put a bullet into its local gun ordinances.

Yeah, because, if you can't, an American right, you, with the guns. God-given, you know, freedom? Freedom to have guns, not to NOT have guns, right? Rick Scott, guns, he is so guns. Vote for Rick Scott. He did guns. Freedom.