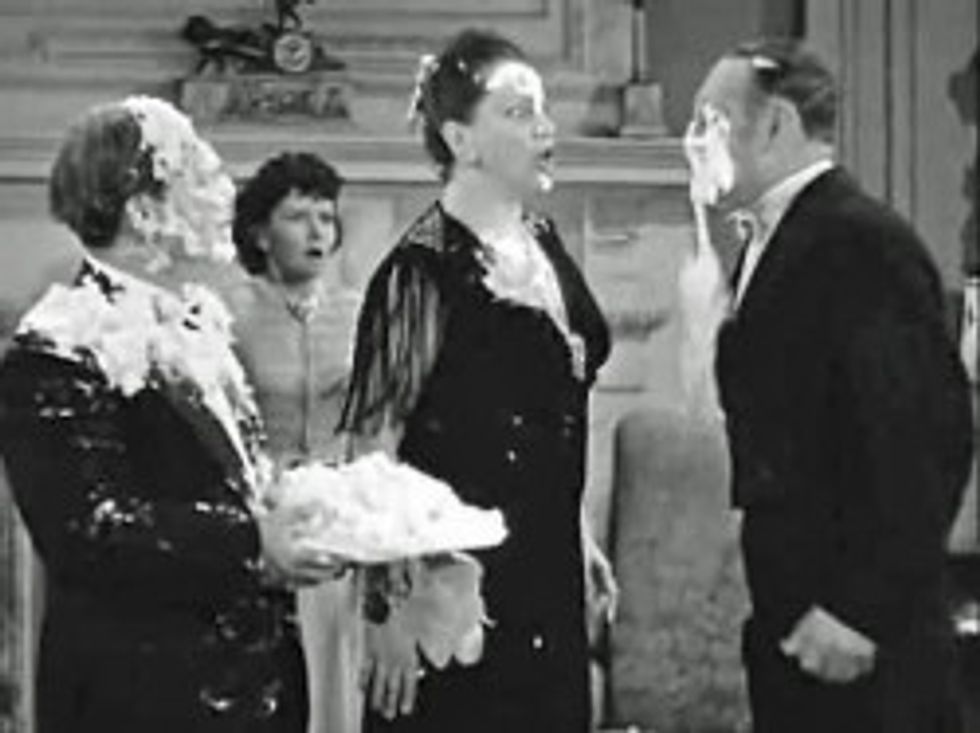 The whiny lizards running the state of Florida are expected to start shit bydeclaring their GOP primary date January 31st, a week before the scheduled Feb. 6 date of the holy Iowa caucuses and well ahead of the other three sacred starter contests in New Hampshire, Nevada and South Carolina. Therefore, everyone panic. Look, Florida, how many times do we have to explain it to you: there are four first nominating contests just like there are four books in the Gospels, and they go at the beginning of the New Testament. THAT IS THE RULE. You want to rearrange those, too, you filthy swamp monsters?

Think of it this way: Florida is just throwing the first pie at their crabby Pope (the RNC leadership), which means THOUSANDS MORE PIES MUST BE THROWN, because that is how these things work.

Florida's likely decision is expected to trigger a flood of calendar moves as other states look to shore up their relevance in the presidential nominating process.

Iowa, New Hampshire, Nevada and South Carolina are almost certain to move up in order to defend their cherished early voting status.

"If Florida decides to go in January, they blow the RNC planned calendar wide open and we'll be back to campaigning over the holidays as Iowa and New Hampshire hold their presidential caucus and primary in early January," said Michigan National Committee member Saul Anuzis, who is on the RNC's presidential nominating schedule committee.

RNC Chair Reince Priebus is begging Florida to just go away, which of course it cannot because, hello, Florida here, and even if it meant cancelling the Old Testament to move up the dates of the Gospels so it could go earlier, they would do that. How much does the RNC love Rick Scott right now? [CNN]