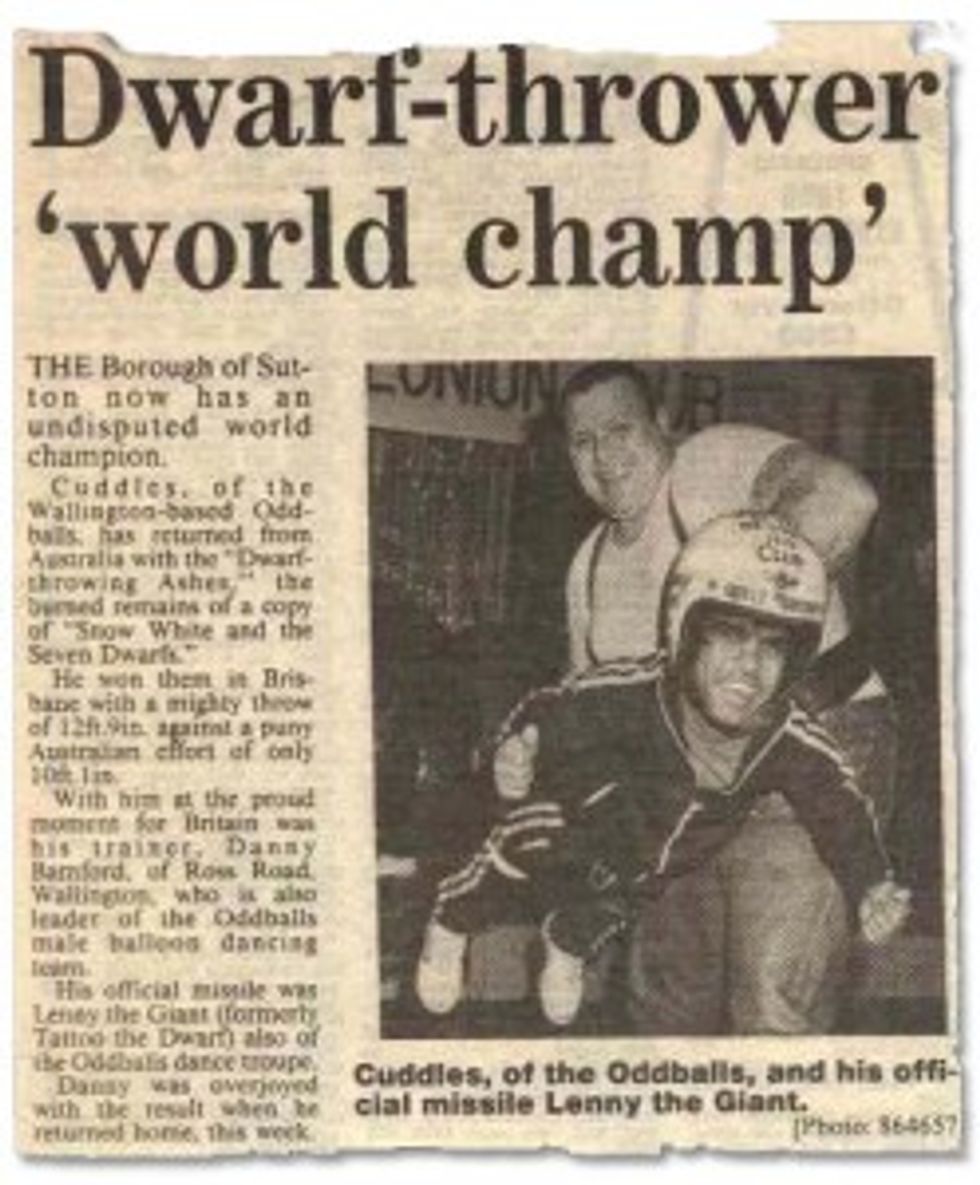 Florida GOP state Rep. Ritch Workman's got a hawt new job creationproposal to, er, bring back "dwarf tossing," a bizarre bar sport thing where intoxicated idiots pay money to fling little people around the room like shot puts, to amuse the drunks. Florida outlawed this in 1989 for obvious reasons, which means that this is now, two decades later, somehow (?) Workman's cue to whine about the "Big Brother government" forcing dwarfs to miss out on all these sweet human projectile jobs with its heinous socialist safety regulations. Because what else are little people going to do, get a "regular" nonexistent job like everyone else? Oh ha, that's a good one.

"I would never force anybody to take this form of employment or pay to watch it," Workman said. "I think it's repulsive and stupid. But it's none of the state's business if somebody wants to do this."

Workman's efforts to create employment opportunities for little people willing to be objectified as flying objects was not done after consultation with anyone eligible for this line of work.

"The people who were thrown were alcoholics with low self-esteem," said Robert Van Etten, 62, of Stuart. "Many of them were injured. One committed suicide."

Sure sure, but how about a little fairness, Rep. Workman? Nobody in Florida can find employment, so shouldn't we let everybody who wants to be flung around by a roomful of screaming drunks go for the job? We smell an untapped market! [Palm Beach Post]