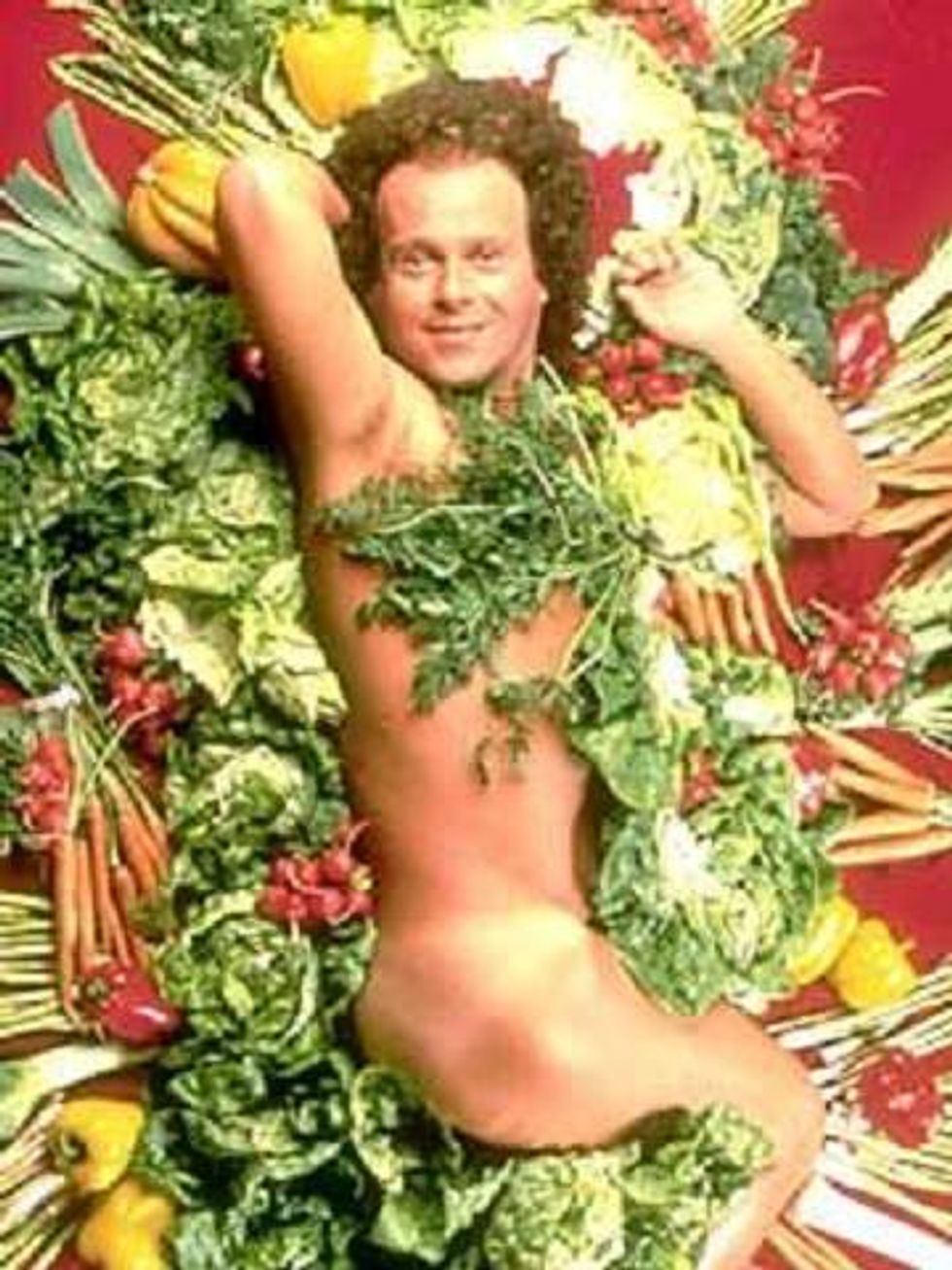 My vegetable love should grow

Vaster than empires, and more slow

-- Andrew Marvel, "To His Coy Mistress"

Can we just assume that Alonzo Liverman (yes, that is actually his name, in actual fact) is just a really poetic kind of guy? That might explain his offer to an undercover cop during a prostitution sting in Daytona Beach on Monday, which resulted in the arrests of 10 men. Mr. Liverman, 29, "told the undercover police officer he did not have any money, but he did have a salad, according to an affidavit."

This raises a number of troubling questions. There are too many to name without this turning into the most tl;dr post of all time, so we'll just throw a few at you: did he think the salad was money? Like did he think he was actually eating money? Or does he just use carrots as currency in his life? What about the lettuce? Did the lettuce represent some denomination of coin in a magical bank that exists only in his mind? Is Alonzo Liverman a person or just a very horny representative of a realm in which everything is made of vegetables? Regardless, this is the most un-Christian Veggie Tale we've heard in quite some time.

We will now leave the "tossed salad" jokes to such filthyheads among you as are devotees of the Urban Dictionary.

Follow Doktor Zoom on Twitter. It's got Florida and prostitution, but without meth and/or an alligator, it doesn't earn the coveted rainbow-vomiting gnome.