Florida Man To Give Tea Party SOTU Response. What Could Possibly Go Wrong? 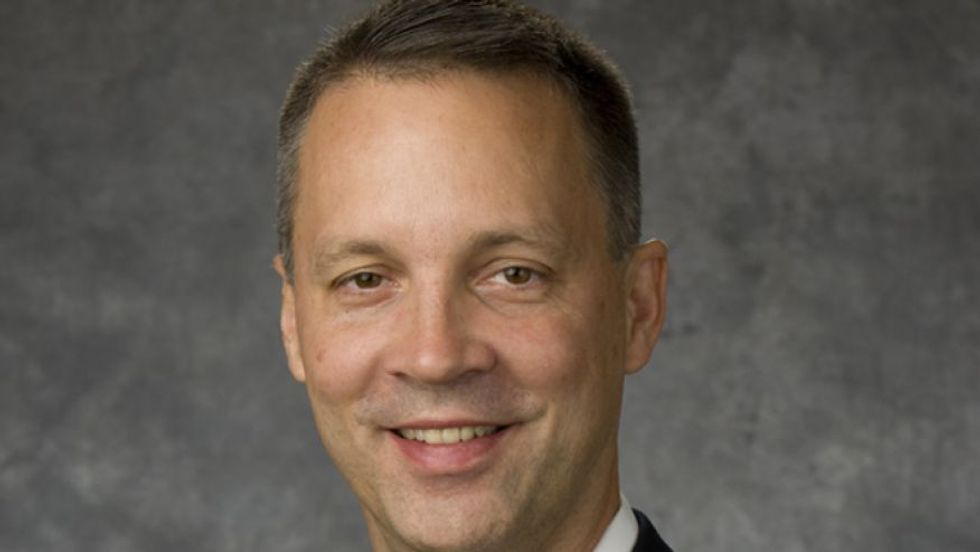 You know what our very favorite part of SOTU night is? No, not when Obummer crams his hot, thick, black socialism down our nubile, slightly agape throats. Not even when pig farmer Sen. Joni Ernst castrates an Obama doll with her bare hands on live national television, for freedom. No, our very favorite part of this bizarre annual spectacle of American governance comes after all that, in the cry for attention known as the Tea Party Express’ State of the Union rebuttal.

Every year, the Tea Party folks -- in an effort to convince us that: a) they’re not a bunch of sometimes-racist wackadoos; b) they’re not an appendage of the Republican Party and its attendant interest groups (coughKoch Brotherscough; c) they’re just like you -- trot out some Republican backbencher who thinks the actual Republican response is way too librul, to talk about tax cuts and freedom and tax cuts and maybe deporting some Messicans and tax cuts and BIG GOVERNMENT!!!! and probably Jesus. Who can forget Crazy Eyes Bachmann’s response back in 2011, or Herman Cain’s in 2012? Not us.

So where would the Tea Party Express turn to follow in those distinguished individuals’ footsteps? Why, Florida, of course -- specifically, sophomore congresscritter Curt Clawson, who took over for cokehead congresscritter Trey Radel. And where have we heard that name before?

Curt Clawson, the Tea Party doofus who replaced coke-fueled cokehead Trey Radel, is doing his best to preserve Florida’s reputation. At a House Foreign Affairs Committee hearing Thursday, he mistook two senior U.S. government officials for Indian diplomats, because they’re brown and have those funny foreign names, and went on at great length about how cool he thinks India is before expressing his hope that our two countries will continue to have good relations. That’s one way to get name recognition, we suppose.

Here’s a video of this Great Moment in American Legislative History, because we love you and want you to be happy:

It’s cool, though. He was very sorry about that. “‘I’m a quick study, but in this case I shot an air ball,’ Rep. Curt Clawson (R-Fla.) said, according to USA Today.”

Related: Did you know that he used to play college sportsball, which, apparently, is a very fundamental element of his political portfolio:

“Clawson, a former Purdue University basketball co-captain, understands the importance of teamwork and bringing people together to win,” [Tea Party Express Executive Director Taylor] Budowich added. “His response will highlight the importance of the Republican Party's efforts to branch out from the narrow walls of yesterday’s GOP.

“Narrow walls,” in this case, obvs refers to wanting to do actual stuff for actual people, rather than gild the rich and drug-test welfare queens, duh. Let’s hear just a little bit about what the man stands for, besides basketball and assuming brown-skins are not US Americans, from the Tea Party Express’ endorsement:

His plan calls for tax policy reform in different ways including cutting the current corporate tax rate in half, as well as lowering the capital gains tax and simplifying the corporate tax code. He also supports a fair flat tax for individuals.

(Here is your weekly reminder that the flat tax is a very stupid idea, courtesy of that hippie newsletter The Wall Street Journal.)

OK, so how else has The Distinguished Gentleman distinguished his gentlemanly self in his less than two years in Congress?

Clawson was in the news earlier in the month for voting for U.S. Sen. Rand Paul, R-Ky., instead of U.S. House Speaker John Boehner, R-Ohio, to lead the chamber.