Florida Not-Birth Certificates For Miscarriages Definitely Not A Ghoulish Anti-Abortion Move, No Way 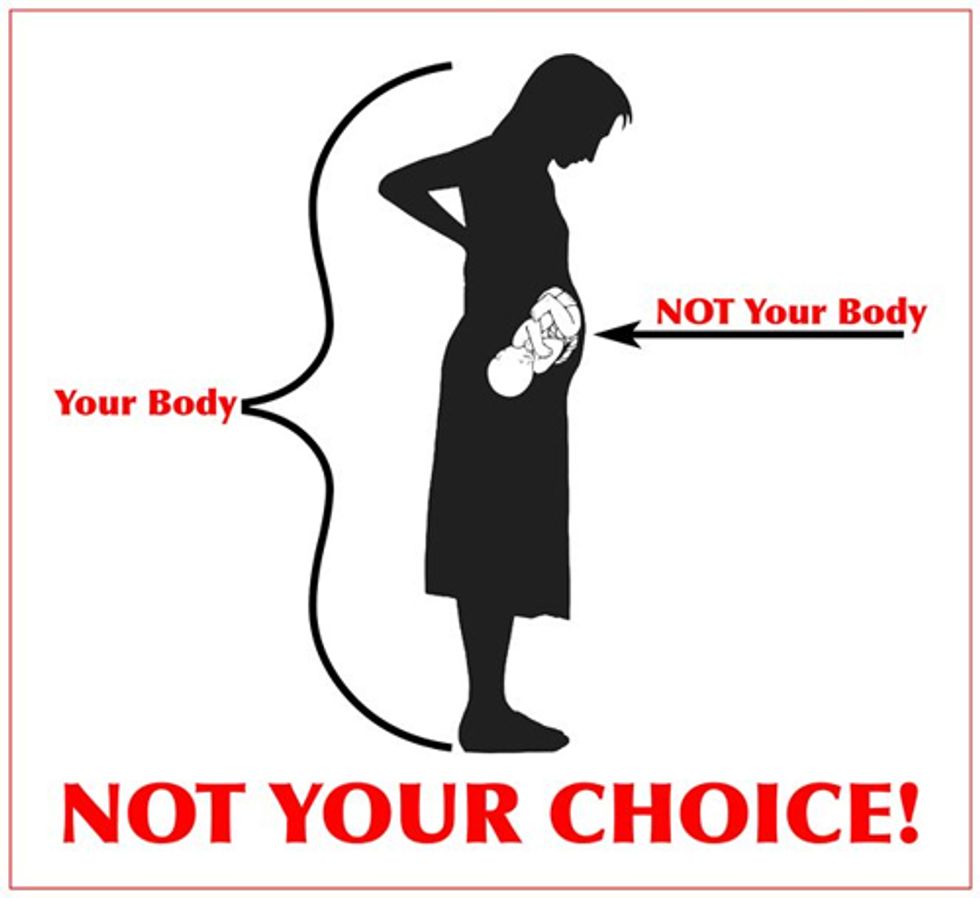 The first rule of any law passed to "help" pregnant women in a red state is that as soon as Republicans start talking about how "compassionate" it is, you should grab the phone numbers for the ACLU and NARAL-Pro Choice. Which is why we're more than a little skeptical of the motives of a brand-new law in Florida called the "Grieving Families Act" that will allow parents to request a "certificate of nonviable birth" for a miscarried pregnancy. Gov Rick Scott signed the bill into law Wednesday.

As passed, the certificates would be available by parental request only, to women whose pregnancies end between nine weeks and 20 weeks of gestation. After 20 weeks, the state considers it a stillbirth and issues a death certificate; in such cases, parents are allowed to request a birth certificate as well. The new certificate would include a space to name the lost fetus. It would also include a disclaimer that it should not be used as a certificate of live birth, possibly to head off welfare fraud, for all we know. Or maybe so no one can swap birth certificates to steal a presidential election 48 years later.

The bill was supported by groups that offer support to families grieving over miscarriages, so we're willing to believe maybe there are good intentions behind it, but context matters. After all, this law was passed in an environment where red states keep offering any number of restrictions on abortion in the name of women's "health," and after Republicans in several states have pushed laws requiring cremation or burial of fetal tissues after abortion, for no discernible public health reason. If the certificates are voluntary now, is the next step to "help" all women grieve by requiring them down the road? Possibly with a requirement that a doctor do an examination to ensure the lady didn't do an abortion to herself? You know, just for accuracy and to prevent crime, as a 2011 Georgia bill would have required. That bill's sponsor, Bobby Franklin, wanted women to be charged with a felony if they couldn't prove their miscarriages occurred naturally.

Supporters of the Florida law just happened to be conservative Republicans, but they were very insistent the aim was apolitical, not an attempt to redefine when life begins (it begins when two scared teenagers realize the condom broke).

I’ve made it clear since Day 1 that this was not intended to be anything other than to give parents an opportunity to obtain a certificate when they lose a child [...] It’s not something that’s being mandated. It’s not required for everybody to do. We’re not defining life.

At least not just yet anyway. The Florida chapter of NOW opposed the bill anyway, since it reeked of other, more coercive measures that have been tried elsewhere.

For now, the law is only creepy and kind of gruesome (and ghastly and macabre), one more example of the growing Cult Of The Fetus. If it makes some grieving people feel better, that's nice, but you'll also have to excuse our skepticism. And if you don't, we may just have to lobby for a law requiring our skepticism be recognized, with a certificate.

Yr Wonkette is supported by reader donations. Please click the "Donate" linky to give us money!