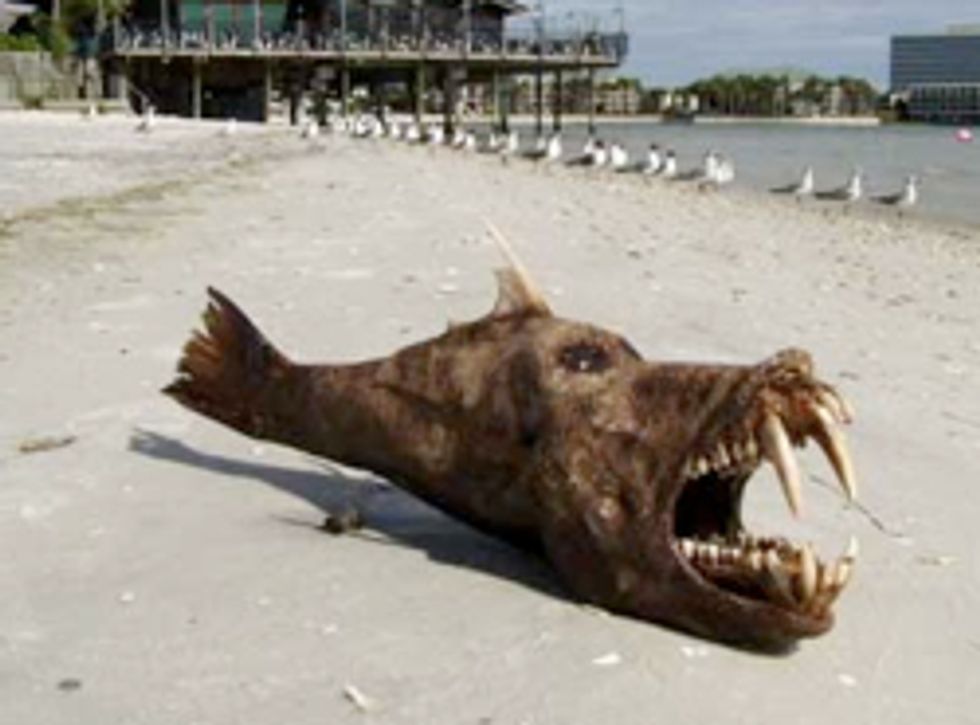 America's favorite swamp-gas-filled purgatory, the state of Florida, is now so corrupt that the FBI is taking out ads calling on citizens to report all of their dishonest politicians. Florida is the number one state in corruption, with over 800 politicians arrested between 1997 and 2007. Oh hey, isn't the year 2000 somewhere between those years? Probably! The FBI is concerned that some of the state's elected representatives think that federal stimulus dollars are free handouts for them and their families. But come on, those guys work hard, right? Just look atthe important legislation they're passing, trying to make sure those welfare queens aren't running around using their free handouts to buy drugs. You are only allowed to buy rich people things with free government handouts.

Legislators trying to introduce two separate ethics bills have so far seen them die in committee this year.

From the Orlando Sentinel:

Few legislators wanted to crack down on public officials betraying the public trust. And the excuses were downright laughable.

State Sen. Gary Siplin, D-Orlando, argued that if we criminalize more political misdeeds, it might crowd the prisons.

Siplin, who was himself tried on felony charges that he robbed taxpayers of thousands of dollars, has a pretty good point. [Orlando Sentinel]