Florida Parents: You Keep A 'B' Average, We'll Keep Giving You Weed And Cocaine. Deal? 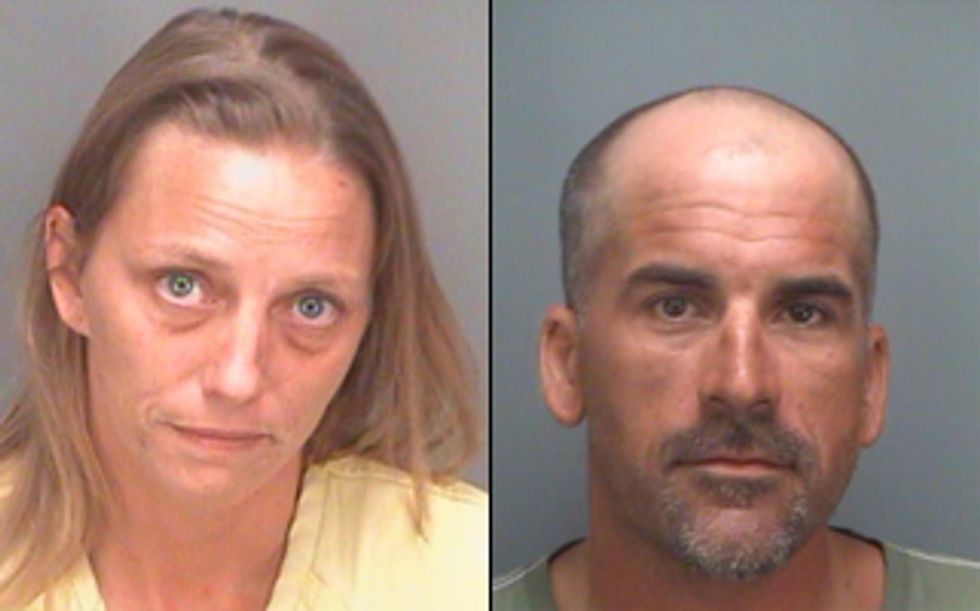 Parenting is the toughest! You have to keep the kids fed, but you also want them to grow up and be productive citizens, and you don't get a handbook at the hospital on how to make that happen. So sometimes you just gotta work with what the good Lord gave ya, and for Florida couple Joey and Chadd Mudd, the good Lord gave them drugs, so many drugs. So they figured, this house ain't gonna clean itself (because they're probably always high), and it's not like they've got time to help the kids, ages 13 and 15, with their homework (because they're probably ... you get it), so they came up with a system. Reward the little children for good grades and getting all their chores done, with weed and blow!

Chad Mudd, 36, has also been charged with providing the girls with cocaine, which he allegedly snorted with them earlier this year while the trio was inside his truck.

According to arrest affidavits, Joey Mudd, 34, admitted to smoking pot with her children on five occasions, and referred to the provision of the drug “as a form of a ‘bargaining tool.’”

No fair, our mom and dad only took us for TCBY and said good grades were "expected" because we were "smart."

According to the arrest report, Mama Mudd works in a pediatrics practice, so she PROBABLY read about this idea in one of the medical journals they have at work.

The Daily Mail reports that the Mudds also have a preschooler, but we don't know whether the couple has used the drugs to motivate the little one in potty-training and alphabet-learning. It's probably good that all the kids are not with the parents, at the moment, if only for detox purposes. Oh, they also found Chad Mudd's Facebook, which provides us with gems like this:

Daddy!!!! No telling what he was doing in that picture, but we're going to guess the older kids both were cramming for their math tests, because Mommy promised to show them a new fun reward called METH, as long as they do real good!