Florida 'Stand Your Ground' Law Might Get Even More Murder-licious! 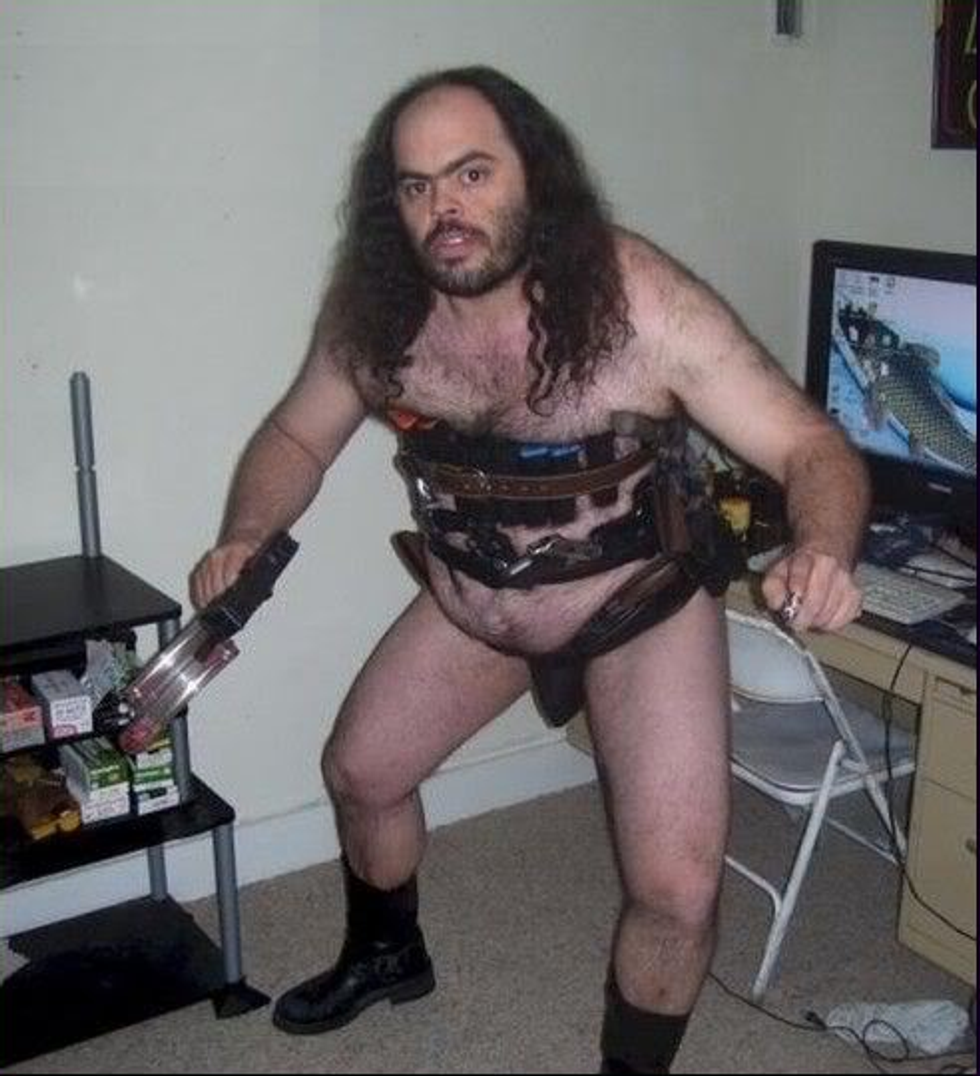 What if Florida Man gets scared?

Ah, Florida's Stand Your Ground law! It is that thing that makes sure total innocents like George Zimmerman are safe from young black boys in hoodies they're following down the street, just in case they get a-skeered and need to shoot them. According to assholes like Senator Ted Cruz, Florida's law and others like it are lovely and Not Racist, because even black people get to shoot people if they claim they were defending themselves except maybe sometimes, who can even tell? When the law was enacted in 2005, it built on previous Florida statutes by establishing that a person who feels threatened has "no duty to retreat" -- in other words, they don't have to "us[e] every reasonable means within [their] power to avoid the danger, including retreat," before they grab for their weapons. They can just go ahead and say, "WHOA HEY I am feeling a little bit uncomfortable PEW PEW PEW!" If you can prove to the state of Florida that your self-defense claim was legitimate, then you are free to go!

Though the law doesn't always end up being applied as disgustingly as it was in the Trayvon Martin case, it's given a lot of gun-humping crazies (and just regular old crazies with guns) a certain joie de vivre about things, a feeling that they'll get out of jail free no matter what, as long as they say "I was scared." And yet sometimes, they are wrong! In 2012 a nutbag named Kenneth Roop got scared and murdered a door-to-door steak salesman named Nicholas Rainey, for trying to sell steak in a frightening way. He was found guilty of second-degree murder and got life in prison. Also in 2012, a white guy named Michael Dunn just about pissed himself in fear when he saw some black youngsters playing LOUD MUSIC in a car, so he opened fire and fatally shot 17-year-old Jordan Davis. He was also convicted of murder in 2014.

Shockingly, a 2017 study found that the Stand Your Ground law has increased the number of people who are killed to death by guns in Florida. Whoa if true, right? But we guess the good Republican lawmakers of Florida saw all these poor men whizzing their legs in fear, shooting folks for no reason, and then having to GO TO JAIL FOR IT, and were like "UNFAIR, you are limiting Florida Man's way of life!"

So there's an NRA-supported bill on Florida Governor Rick Scott's desk that would do a "fix" to the law, to make it so instead of YOU having to prove you were very a-skeered, the state would now have to prove that you WEREN'T before prosecuting:

Florida Republicans made this bill a priority after the state Supreme Court ruled in 2015 that the defendant has the burden of proof before trial. If Florida starts a national trend to shift that burden to prosecutors, it’ll be just fine with Republican Rep. Bobby Payne, who sponsored the bill. [...]

“It’s about following our right of innocent until proven guilty,” Payne said. “It’s about Fifth Amendment rights, it’s about due process, it’s about having a true immunity, for when folks really believe they’re in imminent threat of great bodily harm or death, to defend themselves properly.”

It's unfair for good old boys to have to prove that their victims deserved to get shot! Let's just start with the assumption that they did, and then work backwards from there before we get silly talkin' about "GO TO JAIL" or anything like that.

On the other hand:

“I think there will be more false ‘stand your ground’ claims,” said former Broward County prosecutor Gregg Rossman, who has tried 65 murder cases. The pre-trial hearings are “very much going to be like a mini-trial.”

Proving a killer didn’t act in self-defense when there are no living witnesses would be particularly hard, he said: “I worry the most about the one-on-one cases. You and I get into an argument and I shoot you. Who speaks for you?”

The AP spoke to Lucy McBath, mother of the late Jordan Davis, who worries that "fixing" the law would mean more people like the guy who murdered her son would get away with it, noting that it took TWO WHOLE TRIALS for a jury to decide black teenagers rocking out to loud music in a car PROBABLY isn't a good justification for some cracker to scaredy-shit his pants and open fire.

And yes, even though Ted Cruz thinks Stand Your Ground is totally fair because black people get to kill other black people sometimes, this is absolutely racial, as the AP learned from speaking to John Roman of the NORC research organization at the University of Chicago:

...[W]hites who kill black people are 10 times more likely to win a “stand your ground” claim than blacks who kill whites, said Roman, who analyzed these cases while at the Urban Institute think tank.

Studies also show that white people are more likely to feel threatened by black people than the other way around, “and if you then add onto implicit bias the ability to use lethal force, it’s reasonable then to expect that lethal force will be disproportionately applied to minorities,” he said.

But they were wearing HOODIES and were armed with SKITTLES!

Will Governor Rick Scott sign this? Meh, probably, because he's a disgusting asshole.