Focus On The Family Has Thoughts About Your Daughter's Purity. Gross Thoughts. 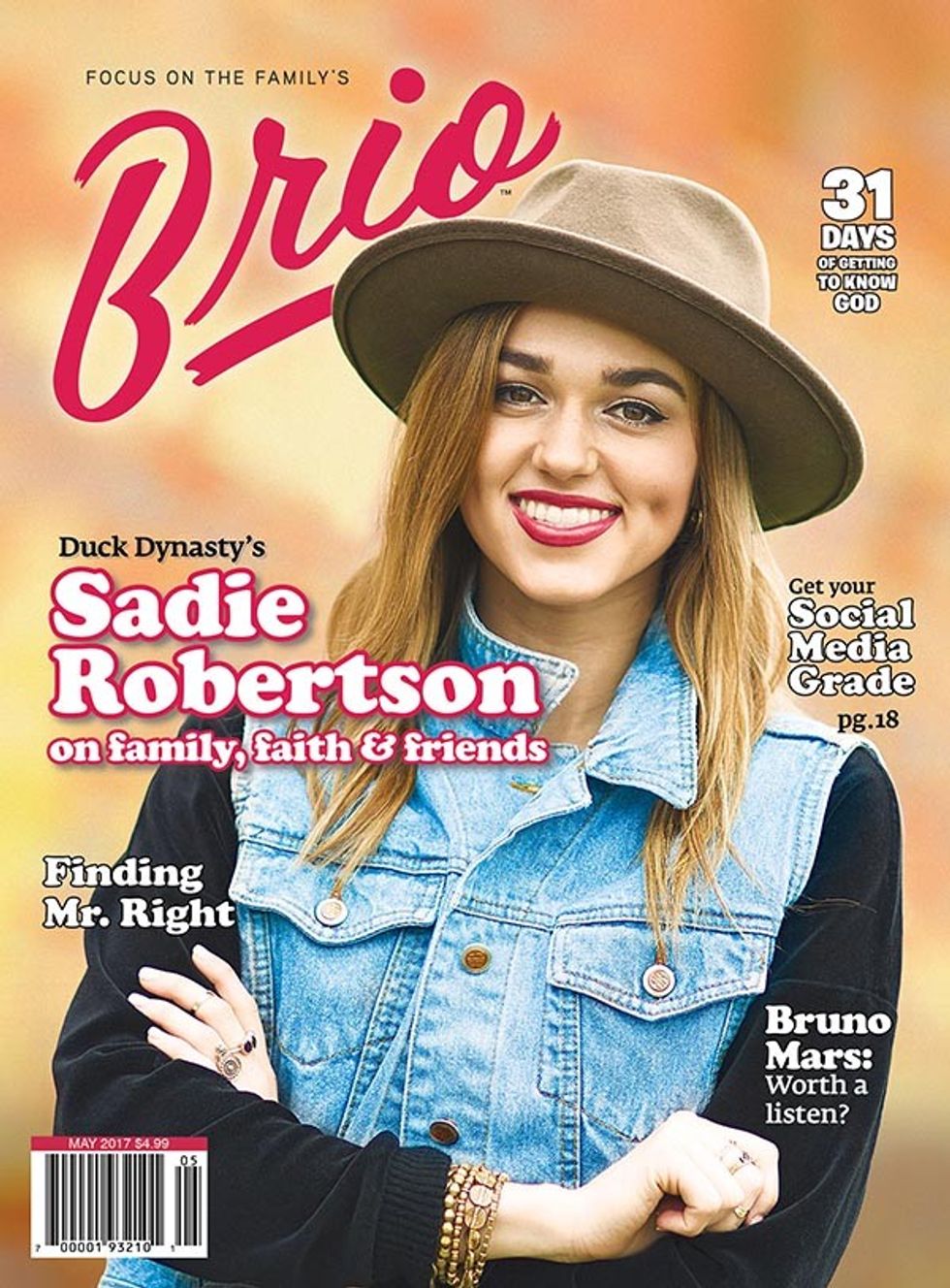 Only available in print. The internet is unsuitable for girls.

Praise the Lord, y'all! Focus on the Family is bringing back its teen magazine Brio. Our daughters are saved from a lifetime of wanton harlotry! Since Brio ceased publication in 2009, Seventeen and Teen Vogue have been having their way with America's girls. BUT NO MORE! Time for those tramps to learn how to behave.

On its site, the Evangelical Christian organization makes a wholesome pitch to girls themselves.

You love clothes and beauty fashion tips. So do we!

You want to talk about boys and relationships. So do we!

You love connecting with your friends. So do we!

You want to live out your faith. So do we!

If you are desiring to live fearlessly for God, Brio is for you.

Ummmmm, okay. Some people "are desiring" to eat tapioca pudding. Which is gross, but that's entirely their business. You do you!

Excerpt from Brio Magazine, via the Columbia Journalism Review

But then Focus on the Family dispatched their VP for content development, self-described "youth culture specialist" Bob DeMoss, to speak to the liberal media, and things got weird.

As you can see from the vest, Bob is a hip cat who knows how to reach teenage girls. And Bob wants to talk to your daughter and mine about God's biblical plan for her precious vagina.

“What would the Bible have to say about bullying or peace-making or peer pressure or sexual purity?” Mr. DeMoss said. “Focus on the Family would say and Brio would reflect: ‘Hey, sex was God’s idea so why not follow the game plan that he laid out in the Bible?’ And you’re not going to get that in the pages of ‘Seventeen,’ let’s be clear.”

Oh, thank goodness I found a middle-aged man to talk to my daughter about sexual purity! Tell me more! What if my daughter turns out to be gay? She does play a lot of sports...should I be worried????

“If those topics ever come up in the pages of Brio they will be handled in a non-shaming, grace-filled, welcoming — and by welcoming I don’t mean ‘hey, we have no standards’ — way,” Mr. DeMoss said.

And what are those standards? “We use the Bible as a standard,” he replied, before quickly changing the subject to topics like music reviews and human trafficking.

When it was suggested that he was avoiding the topic, Mr. DeMoss laughed and said “we have more than one instrument in the band.”

He elaborated, “From what I’ve read, if you take all the transgender, all the L.G.B.T., you know, community and the gender fluid and, you know, that entire population — you’re looking at maybe 3 to 5 percent of the entire population of the United States,” a figure broadly in line with a 2012 Gallup survey.

“We would rather communicate to the 95 percent or so who are not dialed into that as a regular kind of thing,” Mr. DeMoss said.

Gotcha! Brio isn't for the 1 in 20 kids who is part of the sub-standard BLT people. Let's get back to your thoughts on my daughter's sex life.

"The heart and soul of the advice does have its roots in what the Bible says about various things from peer pressure and proper dress to sexual purity," DeMoss says.

Gee, Bob. I am slightly worried that a teenage girl won't want to take advice on "proper dress" from a 50-year-old guy in a vest. I can't even get her to wear a raincoat!

The only celebrities to grace Brio’s cover are those who espouse the Christian worldview of Focus on the Family, like the 19-year-old “Duck Dynasty” star Sadie Robertson, who appears on its May cover and has marketed a line of “daddy-approved” prom dresses.

Ummmm...Bob? You seem to spend a whole lot of time thinking about teenage girls and their immodest clothes. My husband doesn't actually wear dresses. Not that there's anything wrong with that. Is there some reason that he's uniquely qualified to pick out our daughter's clothing?

I hope there's nothing too weird on your personal blog...

I realize we’re in Breast Cancer Awareness Month. I just didn’t expect for a woman to bare her breasts 6” from my face on an airplane. This isn’t an April Fools gag; it’s October after all. I’m telling you the naked truth. The encounter happened on DELTA Flight #16 last Saturday.

One minute this thirty-something blonde was fully clothed. The next moment she stripped off her top revealing what Solomon poetically describes as “two fawns, like twin fawns of a gazelle” (7:3 NIV). These “fawns” were au naturel, as in “naked as a jaybird.” [...]

I’m no prude. I’ve considered making Proverbs 5:19 my life verse: “. . . rejoice in the wife of your youth . . . Let her breasts satisfy you at all times; Be exhilarated always with her love” (NASB). Admittedly, I haven’t quite figured out how “at all times” is supposed to work on a practical level, but I digress. [...]

Since we haven’t owned a TV for the last 16 years which, granted, is un-American, I thought I’d do my patriotic duty by imbibing in a show. I picked one called the BOSS—a Chicago political drama with a warning label. I’m thinking, “Sure, it’s rated TV-MA for a mature audience, but how nasty could it be when shown on a TV in a public place, right?”

When the blonde tore her top off and reached for her partner’s zipper, I instinctively grabbed a vomit bag to cover the action unfolding on the TV monitor inches from my face. I held the bag in position until both the gratuitous nudity and ensuing sex scene passed. I could tell the offending material was over when the grunts, groans and moans in my headset gave way to dialogue in a new scene.

Let’s say I was a jaded, voyeuristic TV addict who, like a peeping tom, digs watching strangers grope and fondle their way to a climax—which I’m obviously not. Can reasonable adults at least agree there’s something seriously wrong about offering that sort of sordid fare on an airplane where children and discerning adults are present?

We are done here. The girls are fine, and so are their clothes! The problem is perverts who have inappropriate sexual thoughts about children and externalize the blame! I note there is no companion magazine to teach teenage boys to live a life of "purity." Bob, I shudder to think what's in your browser history! You, and your magazine, and your whole organization can fuck right off! Leave our girls alone!

We at Wonkette don't care if your bra strap is showing! We just want you to take a sweater in case it gets chilly later! And don't forget to donate.