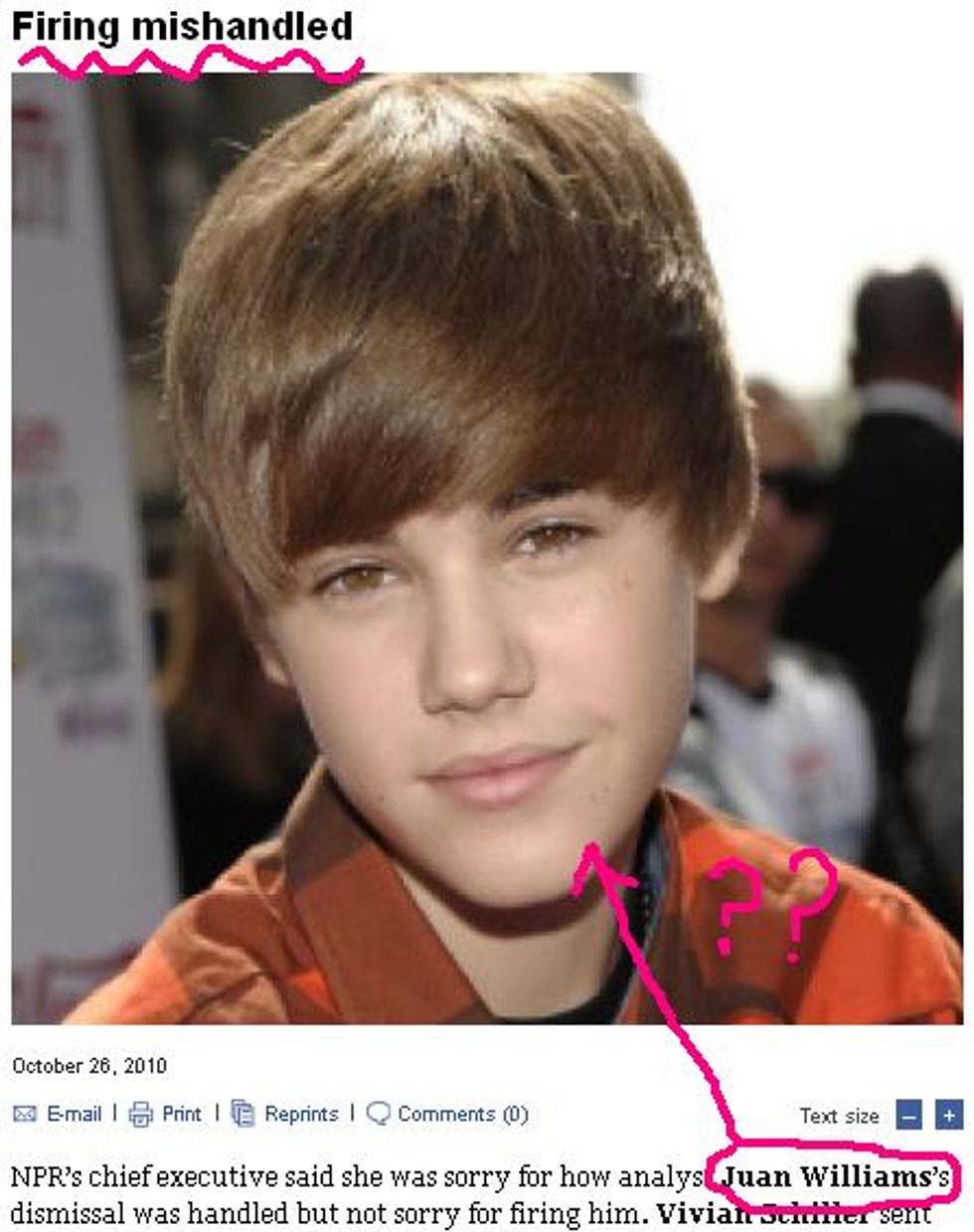 16-year-old Canadian person Justin Bieber isopposed to abortion but doesn't hate gays, as anybody who follows politics now knows, somehow. This does not sit well with Focus on the Family, which is worried he is being corrupted by the black people and their "grooving" black-people music. Here's their Chad Hillis: "Bieber’s only a kid, and he’s being swept directly into the center of the extremely profane, hyper-sexualized, violent and self-indulgent culture of R&B. Moreover, Justin’s being 'mentored' by the very crude and sexually explicit R&B icon, Usher." Surely rhythm is bad enough, but rhythm and blues? That's dangerous. What exactly is this Usher ushering in? Focus on the Family is going to have to have to intervene if this kid continues to be part of our culture in such a way. And thus alienate preteen girls from the Christian religion forever.

The secular music and entertainment industry is a sexual and political minefield for adult artists, much less for kids. Justin is already being asked – and criticized – for his political beliefs, when he probably can’t even tell you why he ate waffles for breakfast.

He had waffles for breakfast because God wanted him to. (And because they were covered in gold leaf and cocaine and on the body of a naked model, probably.)

The Bible warns us in 1 Cor. 15:33, “Do not be misled: ‘Bad company corrupts good character.’” Temptation is an ever-present force when people are in the spotlight. [...]

Being young and famous does not destine you to moral failure, but it does mean you need to know where you stand – before you take the stand. NFL football star, Tim Tebow, is proof that it can be done.

Yes. All Justin Bieber needs to do is get out of the pocket and scramble for the first down more. Or else he will be swallowed up by the RHYTHM and the BLUES. [Citizen Link]