For Real I Would Bang John Boehner: A Sexxxifesto 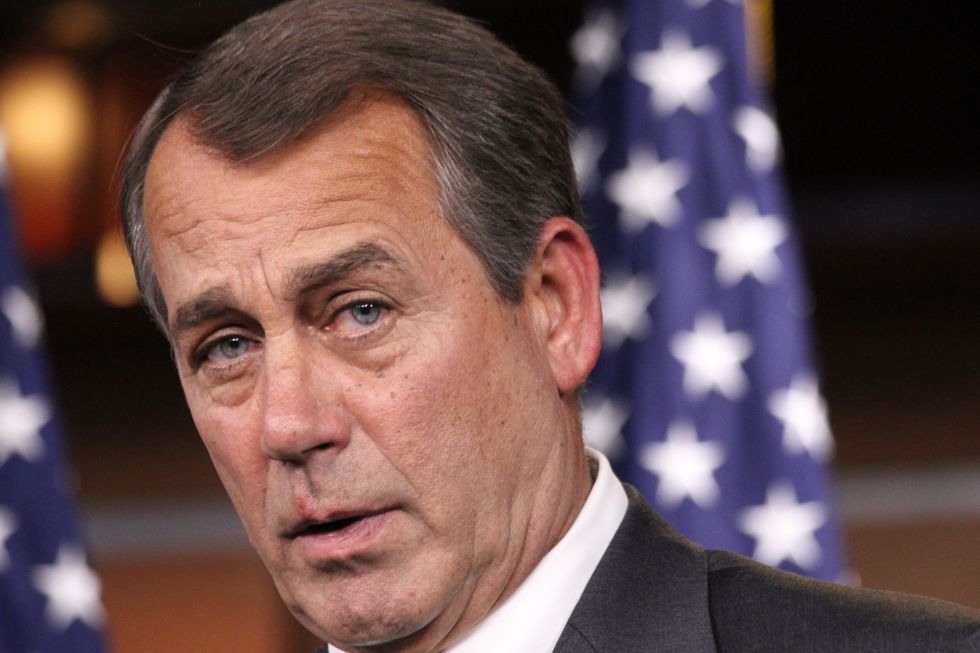 I come not to bury John Boehner, but to talk about the dirty, nasty things I would do to his drunken old cry-body that you know smells like geologic layers of nicotine sweating some really nice wine. "Gross," you are all saying, "I would never bang any Republican because my body is a Feminist Temple open only to low-energy beta males who will commit or something, I don't know, I read all the blog posts by those Asheville coffeehouse Red Pill douchebags, and I don't really get what is bad about being a low-energy beta male because apparently they get ALL THE PUSSY and all their girlfriends are ecstatically happy to be with them and can't wait to give them all the blowjobs, huh."

Well that is what you would say, doing sexxx on all those feminist men like that, you probably still have the Alan Alda Playgirl issue (because you are gay). Ooooh, lookie there, it has Robert Hays on it too, YUM, DON'T EAT THE FISHES. Get it? Because everyone got sick eating fish on Airplane!, which starred Robert Hays, and also vaginas can have a fishy odor to them that gay men especially do not care for, and as we have already established by the fact that you read Playgirl, you are a gay male man!

But seriously, why would I or anyone want to rub my genitals on John Boehner's body? Besides (FINALLY!) the opportunity to use man-tears as lube? Well, he is a handsome fella, and he's old. And mama likes 'em old, and seedy, and phlegmy, and sad, but mostly old. My current husband is tall and handsome and commanding and 6-foot-3, sure, but he is only a year my senior. How am I supposed to get sexxxy approval of my bright young thingness, the kind you'd get from a lechy old professor say -- or, even better, from TWO lechy old professors! -- from a guy my own age, whom I am the boss of? I NEED MY POWER DIFFERENTIAL TO BE MORE TRADITIONALLY GROSS PLEASE.

It's a grossness we've been considering for a very long time, and what it comes down to is John Boehner would get all satin sheets and velvet ropes and long pink feathers because he is classy and basically like "Lucky Man" by ELP, and it would be AWFUL AND HILARIOUS.

Then he would pass out.

Which other fairly disgusting human beings in a position of sexy power now or once (actually, not now at all, come to think of it) would I totally have sex with if I were not married, with baby, and super far away in Montana? I would fuck the following: