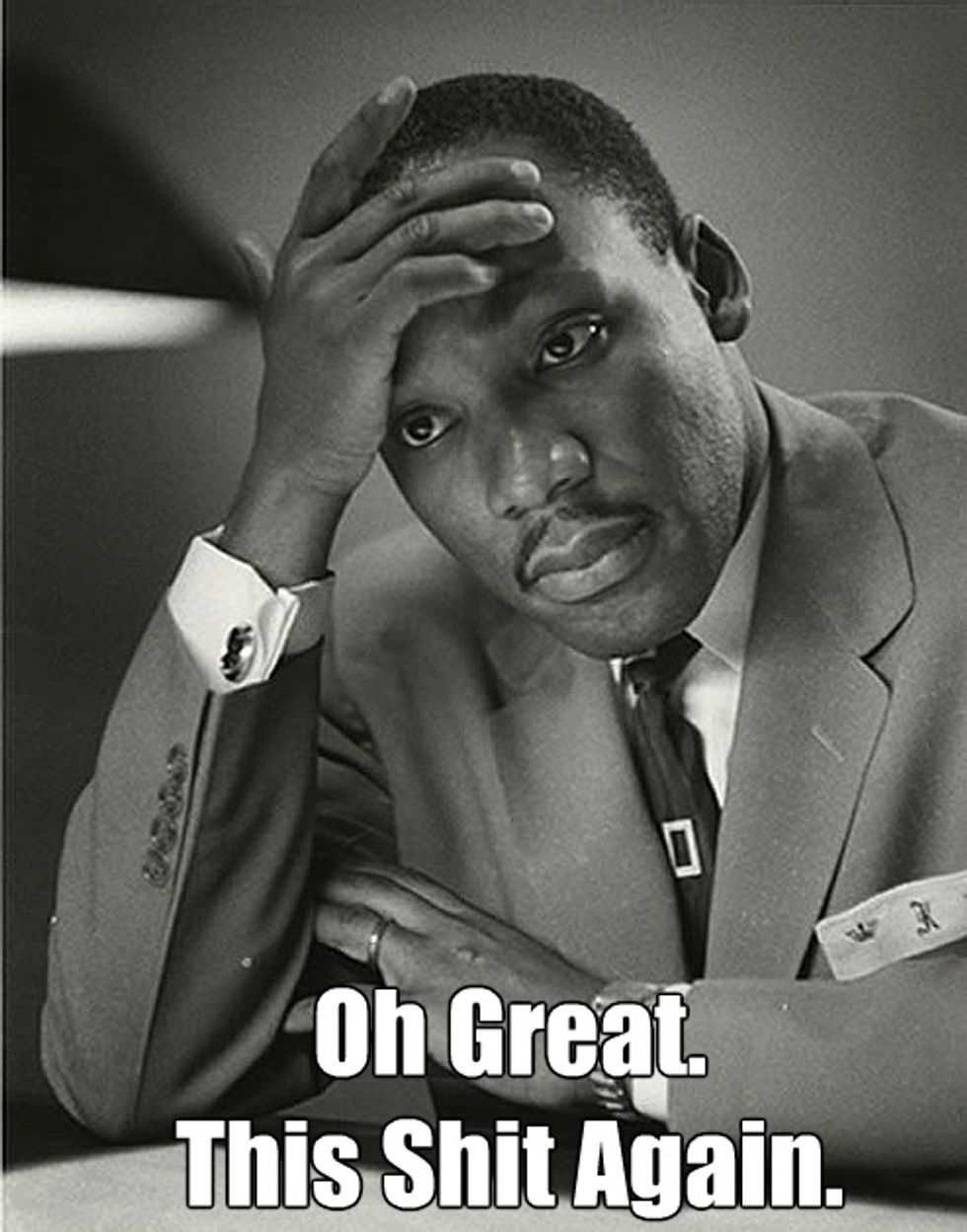 I have a dream that one day, rightwingers will read more than that one line about 'the content of our character.'

And after a couple hours, Walsh was back with another nugget of wisdom!

This racially transcendent insight is apparently aimed at those uppity troublemaking black students at the University of Missouri and their fixation on "racism," which no longer exists.

And who better to advise them than the guy who cried many bitter tears over the oppression of his free speech because he was sent home from his Wingnut Welfare talkshow job just for insisting on his right to say "nigger" over and over again?

As if that were not evidence enough of his race relations expertise, Walsh also rewrote Martin Luther King's "I Have A Dream" speech, in 2013, to catalogue every stereotype about Why Blacks Are Bad People:

I have a dream that all black boys and girls will grow up with a father [Yes, the deadbeat dad wrote that] ...

I have a dream that young unmarried black women will say “no” to young black men who want to have sex ...

This Joe Walsh, like Cliven Bundy, knows quite a few things about The Negro, doesn't he? So really, Tuesday's tweet is merely a distillation of what Martin Luther King himself would have said if the damned fool had possessed half as much sense as Joe Walsh.

So don't you go getting all uppity about Joe Walsh's advice to black people. This man has known oppression, and you people need to respect the troubles he's seen.