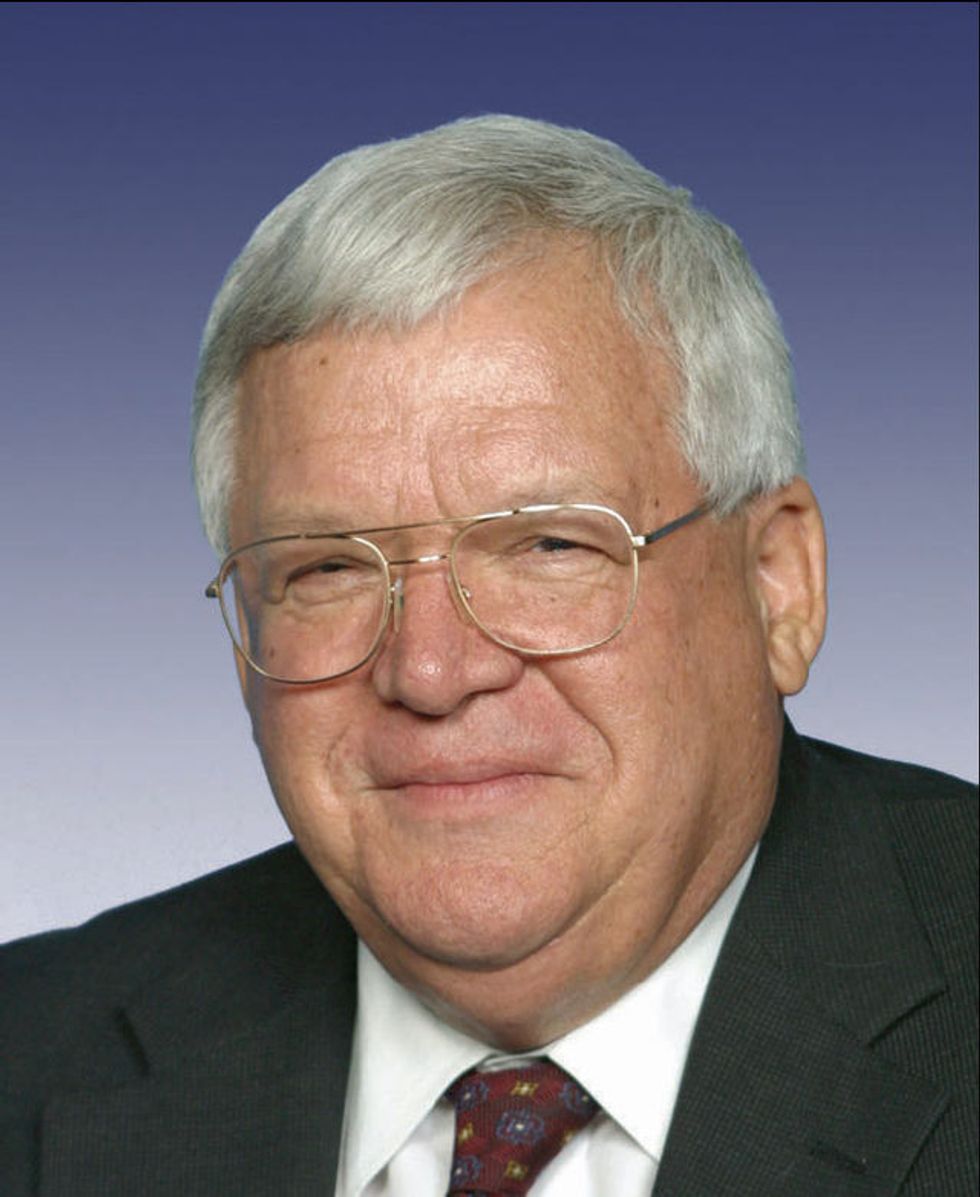 Don't know where that mouth has been.

[wonkbar]<a href="http://wonkette.com/586945/yep-ex-speaker-denny-hastert-paid-hush-money-to-cover-up-kid-diddling-allegedly"></a>[/wonkbar]Time for an update on one of the Ew Gross stories that happened in the Year Of Our Lord 2015. Quick recap: Former House Speaker Dennis Hastert was indicted when it was revealed that he had ALLEGEDLY done financial misconduct to a man named "Individual A," by bribing him with $3.5 MILLION AMEROS, to cover up past bad things Hastert had done to him in high school. MOLESTY THINGS. ALLEGEDLY. Here, let the Grey Lady remind you:

The man – who was not identified in court papers — told the F.B.I. that he had been touched by Mr. Hastert when Mr. Hastert was a high school teacher and wrestling coach, the two people said on Friday. The people briefed on the investigation spoke on the condition of anonymity because they did not want to be identified discussing a federal investigation.

Right. And then we were able to stop saying ALLEGEDLY, because Hastert entered a guilty plea, at least for the "financial misconduct" part. Indeed, he only copped to one felony charge of evading federal reporting requirements for funneling all that cash money to Individual A. He did not cop to copping a feel.

Anyway, he is being sentenced April 27, and his lawyers want us to know how super OMG sorry he is for financial misconducting that boy (not allegedly) with his diddle-finger-penis-mouth or whatever (ALLEGEDLY):

Former Speaker of the House Dennis Hastert for the first time today publicly acknowledged the “harm” he caused to “others” for “misconduct that occurred decades ago,” his attorneys said in a court filing, ahead of sentencing for a crime allegedly linked to hush money payments and past sexual abuse.

“Mr. Hastert is deeply sorry and apologizes for his misconduct that occurred decades ago and the resulting harm he caused to others,” the filing says. “Mr. Hastert’s fall from grace has been swift and devastating. Neither we as his lawyers, nor Mr. Hastert, have the present insight to understand and reconcile the unfortunate and harmful incidents he caused decades ago with the enduring achievements, leadership, and generosity that earned him extraordinary affection and respect throughout this country during his many years of public service.”

[wonkbar]<a href="http://wonkette.com/587522/this-lady-says-sick-bastard-denny-hastert-molested-the-hell-out-of-her-brother-in-high-school"></a>[/wonkbar]Yeah OK. If you're confused why it says "others," maybe we should take a Xanax and remember how this OTHER lady came forward in June to say yeah, the man who became the Republican speaker of the House molested the bejesus out of her brother when he was in high school and Hastert was his wrestling coach.

Of course that mea culpa carefully omits any admission of guilt about what the speaker might have done to all those high school boys, with his gross man skin parts. ALLEGEDLY.

So is Hastert going away to prison for the rest of all time, to think about how super OMG sorry he is? Well, uh, probably not. We reported at you in October that the judge could send him to jail for five years, but it was unlikely. Here's what his lawyers think is way more fair:

[A]ccording to the terms of his plea deal, prosecutors previously indicated they will recommend he serve no more than six months. His defense team wants probation.