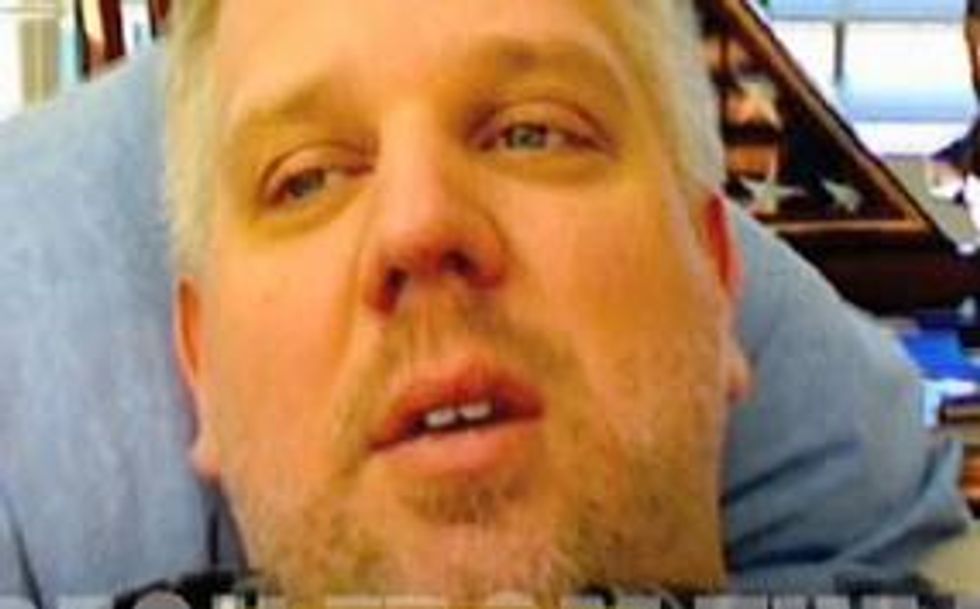 Has former television personality Glenn Beck finally suffered a psychotic break? PROBABLY! He has nowbuilt a replica of the Oval Office and will be giving "addresses" from it every week because that is not at all a lunatic thing to do. You guys, we are so excited! What will be the first of Beck's "Reaganesque" stemwinders? Will Drinky Nooner pen his delicate flourishes? Maybe! Will he go full-Beale? (Yes, he will go full-Beale.) Will he bark at the moon? Of course he will bark at the moon! Let us imagine some of his topics, after the jump!

* What you should tell your children about the blacks.

* Why Obama should not have race-hustled Passover by approvingly citing Tikkun, the Jewish ideal of repairing the world.

* Why Eric Holder should arrest Barack Obama for thinking Jesus had "doubts" in the Garden of Gethsemane.

* Why Eric Holder should arrest himself for letting a James O'Keefian ask for Eric Holder's ballot.