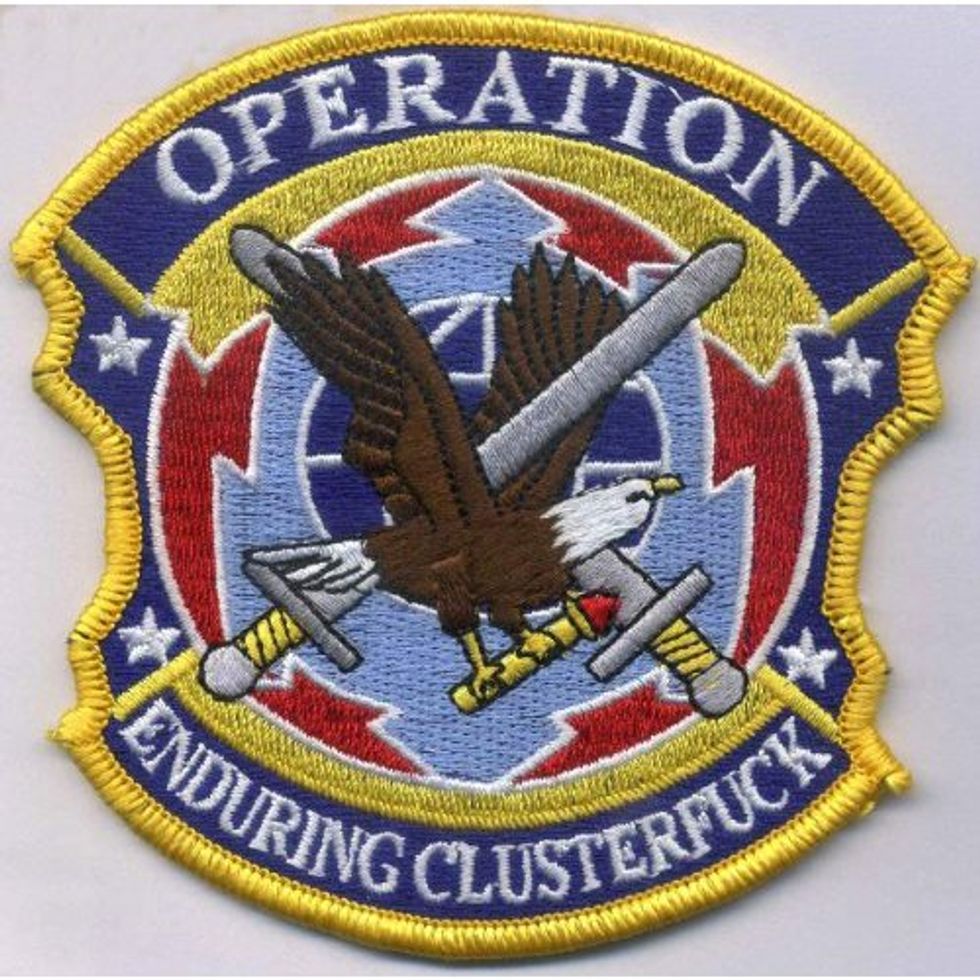 Hey, remember how we told you just a little while ago about how the DC Circuit Court had donenonconsensual ear sexing to Obamacare? Well that story is still a True Thing, but today's news cycle is determined to mess with our blood pressure, and so OF COURSE within a couple hours of that DC decision, the Fourth Circuit Court of Appeals, based in Richmond, Virginia, ruled in a similar but separate case that, hey, NO WAY does the ACA restrict subsidies to the state exchanges -- Congress's intent, it decided, was very definitely for a national plan that didn't penalize people for living in a state where the legislature was too stupid or ass-fucking-backwards to build its own exchange.

Again, the cases revolve around ambiguous wording in the law, which says that subsidies will go to qualifying applicants who purchase health insurance “through an exchange established by the state.” While the law doesn't mention people who bought insurance on the federal exchanges, the IRS wrote rules that would provide subsidies to all qualifying purchasers, because duh, that's what the plan was designed to do -- the unclear wording should have been ironed out in committee, but the bill never went to committee because of the maneuvering used to get the thing passed.

So in the Fourth Circuit, the court decided to go with intent, rather than with the narrowest possible interpretation as the DC court did. Tell us more, Wall Street Journal:

The second ruling came from the Fourth U.S. Circuit Court of Appeals, which said language in the Affordable Care Act on the subsidies was ambiguous and could be read in different ways. "Applying deference to the IRS's determination, however, we uphold the rule as a permissible exercise of the agency's discretion," the Fourth Circuit ruling said.

And so the whole sad confusing fuck-tussle will end up in the Supreme Court, as we said before, where Anthony Kennedy will get to be the Deciderer, hurrah! Expect him to buy a cape for the occasion.

In the meantime, it looks like nothing actually changes -- Justice Department spokeslady Emily Pierce said,

"We believe that [the DC Circuit] decision is incorrect, inconsistent with congressional intent, different from previous rulings, and at odds with the goal of the law ... In the meantime, to be clear, people getting premium tax credits should know that nothing has changed, tax credits remain available."