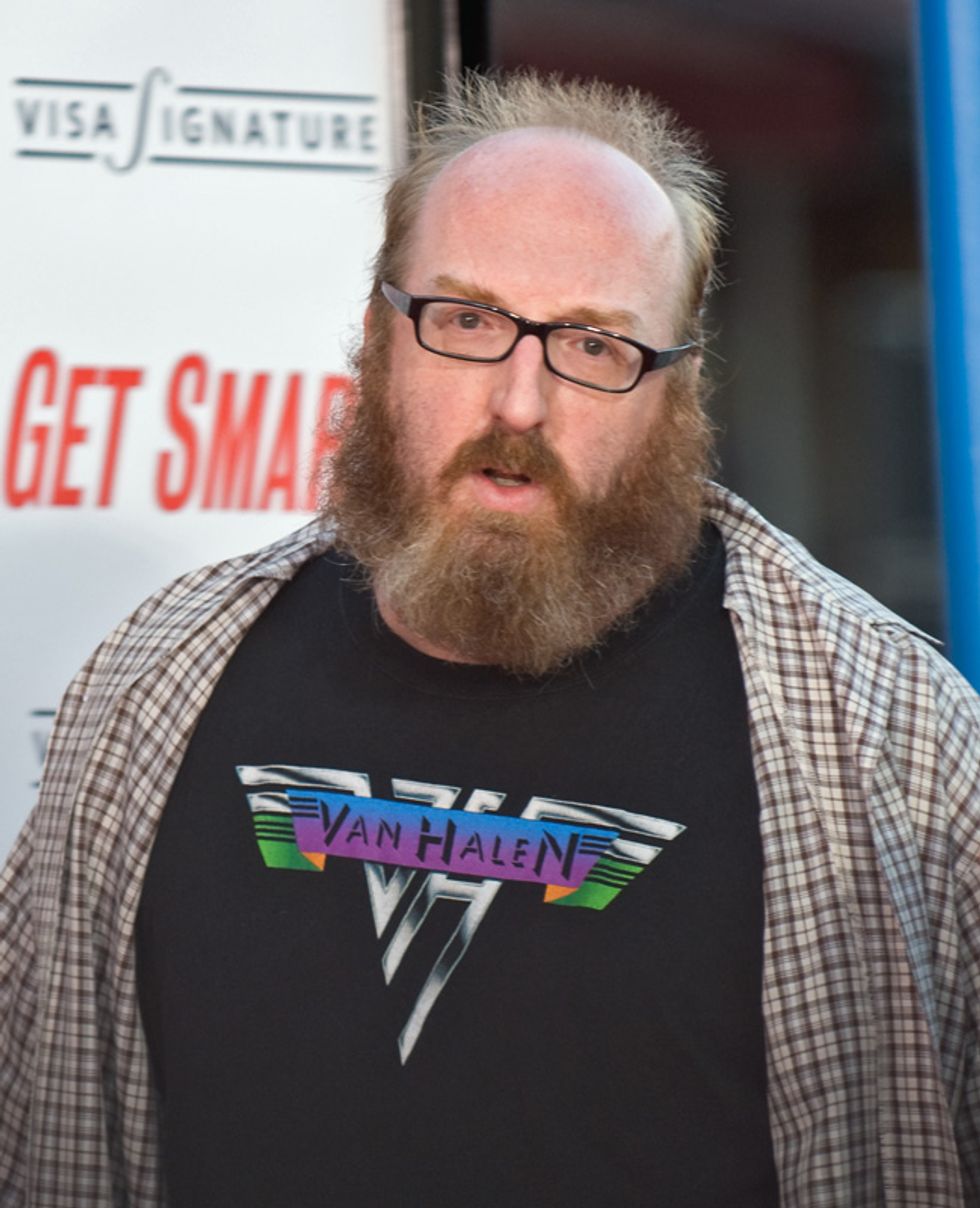 Everybody was real excited when Bill Kristol, the man who unleashed hellkraken Sarah Palin on a cowering populace, said he would get some super cool independent guy to run against Donald Trump. "Okay," said everybody, and then they went back to doing whatever is the opposite of listening to or caring about a thing that Bill Kristol is saying.

But then a super exciting thing happened, and that was that Mark Halperin (LOL) said STAY TUNED FOR NEWS, because HE KNEW WHO THE MYSTERY INDEPENDENT CANDIDATE WOULD BE, and everyone (me) said MAYBE IT IS BLOOMBERG?! Gamechangzzzzzzzz.

But no. It was not even Bloomberg. It was a guy named David French and everyone (everyone) said, "who?" and "David French" turned out to be a blogger for National Review, or, put another way, "the fourth most famous David French."

Who is David French? He's the fourth one.

But then, instead of just being "the last NRO blogger who hasn't been fired for being a balls-out racist, THAT WE KNOW OF" and "the guy who's married to Bristol Palin's ghostblogger," David French turned out to be ... an interesting cat. And by "interesting cat," we mean oh sweet jesus what is wrong with these people.

Herman Cain Has Found The Real Groper, And It Is 'The Devil'

An enterprising Politico reporter -- because is there any other kind? yeah, probably -- Googled "David French," and managed to fight his way past all the David Frenches who were Canadian playwrights, British businessmen, and Confederate generals, to find a thinky-piece Kathryn Jean Lopez wrote about how Herman Cain was always sniffing after all that pussy, and how to NOT DO THAT, and wouldn't you know it, K-Lo thinks the way to not do that is to be like David and Nancy French, and to have weird, creepy, controlling rules for when he is being deployed, and it turns out their rules were kind of fucked up! As fucked up as a hamburger-stuffed turkey? EVEN THAT. (My God, we've missed K-Lo so much.)

Nancy and David French write honestly in their book Home and Away about the strains placed on a marriage when husband and wife are apart — and particularly when the man is in a war zone 8,000 miles away. David heartbreakingly recounts: “Men were coming home on leave to find their wives gone from their houses. Other men were getting the modern equivalent of the ‘Dear John’ letter via Facebook message or e-mail. Some guys discovered wives or girlfriends were pregnant, and still others were finding that their bank accounts had been looted by the very people they most trusted with their financial affairs.”

Before David left for Iraq, he and Nancy put together rules, in a painfully honest conversation about human frailty. There would be no drinking during the year of separation. Nancy would not “have phone conversations with men, or meaningful e-mail exchanges about politics or any other subject.” Nor would she be on Facebook, where “the ghosts of boyfriends past” could contact her. When Nancy innocently started e-mailing about faith with a man associated with a radio show she was on, she told David about it, and he asked her to end the relationship. David knew, with his “stomach clenching,” that “the most intimate conversations a person has are about life and faith” — and that “spiritual and emotional intimacy frequently leads to physical intimacy.”

Okay, so David French wouldn't let his wife use Facebook, or email, or talk about God while he was deployed. FAIR ENOUGH because Nancy French is a pretty hot piece (compared to David French), and you could see how he would be like "my God-fearing Christian woman is going to realize I am a doofy-looking motherfucker and leave me for Bristol Palin's gunhumper babydaddy, probably, because PTSD or whatever, he's still kind of cute."

But the next paragraph is probably all about how he too will not email with ladeeez or put his penis on women's hair or whatever it is freaks do. RIGHT?

Separations don’t come only in the army, of course. Business, and politics, frequently require such sacrifices. Washington, D.C., is a city where married individuals — many of them with spouses many states away — frequently find themselves at receptions where temptations can arise. Rules come in handy if we value our vows.

Oh. Well maybe the rules for David are in Nancy and David French's book, which we are not gonna read, and it's totally K-Lo's fault he sounds like a bizarro control-monster scary man freak. We wouldn't put it past her, really. She is sad :(

So there you have it, the only important thing you need to know about the fourth-most-famous David French.