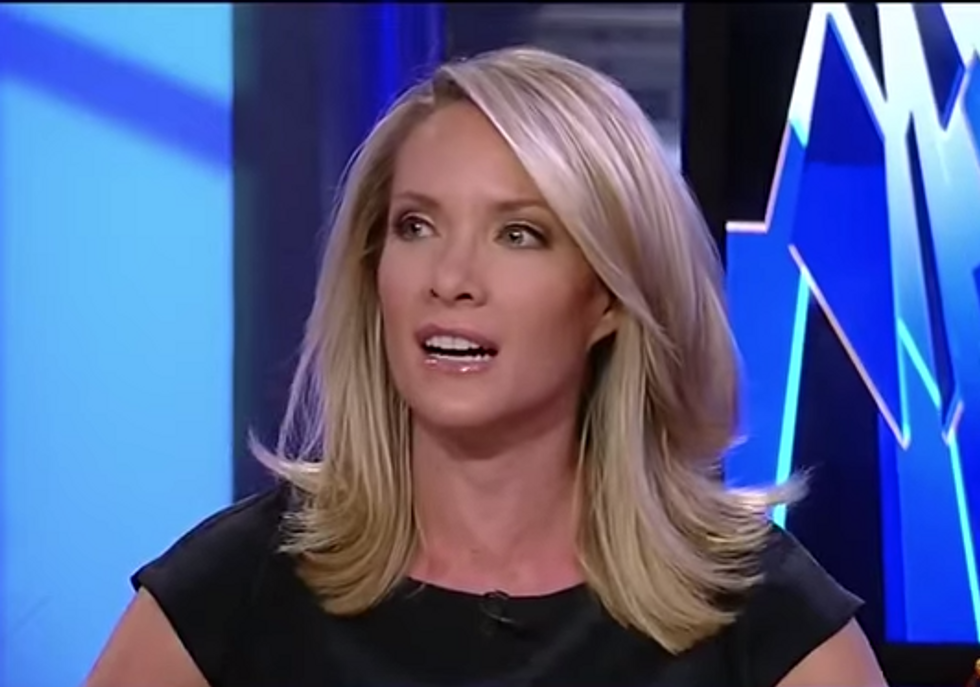 Oh look, here is former George W. Bush spokesditz and current Fox Blonde Dana Perino, doing a dumb on the teevee again. Yes, again. What crawled up her butt and died this time? Did her husband get arrested some more? No, it's The Media (stupid media, you stupids!), of which she is definitely not a member, even though she is on a show called "The Five," on Fox News, which supposedly does news and is therefore The Media, so what the flippity fuck is she even blah-blahing about? She is all riled up because no one in The Media is covering these bogus sting videos of Planned Parenthood at all, which you probably haven't heard about because The Media refuses to report on them (five million different ways), and which, according to dumb dick cohost Fox Guy are EVEN WORSE than those terrible videos of ISIS beheadings. Seriously.

Go ahead, Dana, make your point that you "actually thought of" all by yourself, without even asking your husband:

However, do you remember in, say, 2005, the world lost its collective mind about three terrorists who underwent enhanced interrogation techniques. Pulitzers were won. Movies were written. You couldn't find any newscast that wouldn't talk about torture -- for YEARS. About three terrorists who were plotting attacks on Americans. Yet they will not cover the Planned Parenthood videos.

Ooooh, excellent point. We do vaguely recall how America did some torture that one time for all those years, with the waterboarding and the dogs, and the rectally feeding hummus up a guy's ass. And yeah, it sure was UNPOSSIBLE to persuade The Media to ignore it even though it was just "enhanced interrogation" anyway, and it was just three real bad dudes. Except that it was much bigger and worser than that, ACTUALLY, even if the Official Fox Position is "Yeah, but America's awesome, so who cares?"

Lame media doesn't even know how big and important a story it is that Planned Parenthood -- in addition to smearing ladies' paps and HIV-testing dudes' dicks and boobie-squeezing boobies to check for cancer lumps -- also too sometimes performs perfectly legal abortions, so WHERE IS THE OUTRAGE? Oh it is all over the interwebs and The Fox News and everywhere like such as, but WHERE IS THE MORE OUTRAGE THAN THAT?!?! Make some Pulitzer movies about that, media, why dontcha?

In conclusion, Dana Perino is dumber than this bag of hammers we keep here on our desk, to occasionally hit ourselves in the face to distract us from the pain of listening to dumbass words come out of the mouths of dumbasses like, say, Dana Perino. God bless, or whatever.