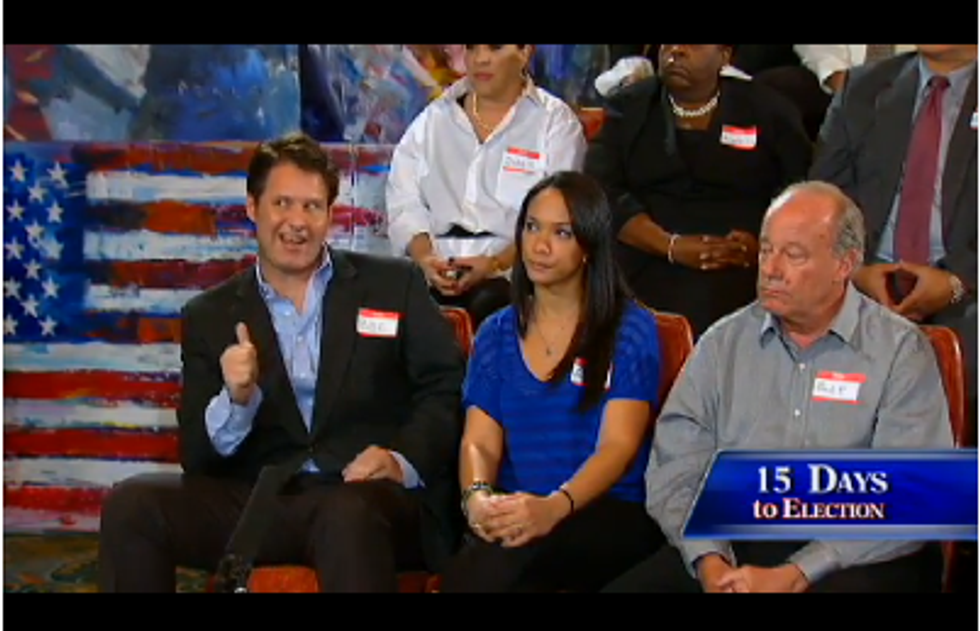 Fox News once again hired ruddy shitmonster Frank Luntz to convene a panel of undecided voters who watch Fox News (read: Romney voters who want to be on Fox News). There is video (as the kids are saying, "after the fold").

A brief summary: Luntz goes around basically asking everyone why Mitt Romney won. Some douche in the front row quotes Charlie Sheen, because it's totes last year. (Quit trying to make "winning" happen.)

After a while, Mary C. in the front row gets really fucking angry about Benghazi and interrupts everyone. Everyone else takes this as a cue to start yelling, and then there's a blonde lady in the front row who's not a Romney fan, and everyone in the Fox Nation comments thinks she's totally an Obama plant out to get shouted down by barely-literate Fox News viewers who agreed to be smiled at by Sean Hannity. Eventually, they all calm down when Frank Luntz brings out an art man to talk about how much he loves America, and then they all go off to talk about the art they love, like Dancing With The Stars and shit.