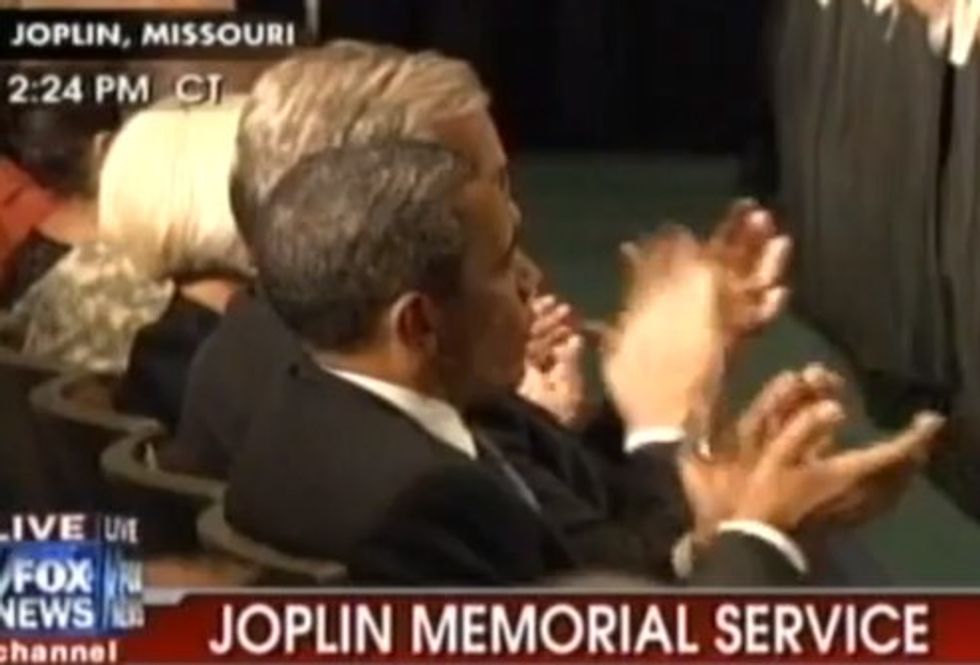 Barack Obama has committed a lot of crimes such as being born, according to people who don't like black men, but he finally went too far at this memorial for the people who got killed by the tornado. According to Fox News, the president sort of looked like he was moving his jaw in a way that could mean he was either chewing gum or trying to get his ears to pop after a flight or maybe he had something stuck in his teeth, who knows. In any case, why did they even let this guy in achurch?

Says the Fox News website as an introduction to this Zapruder clip for our time:

Seen at the last seconds of this video clip it appears as though President Obama was chewing gum. What do you think?