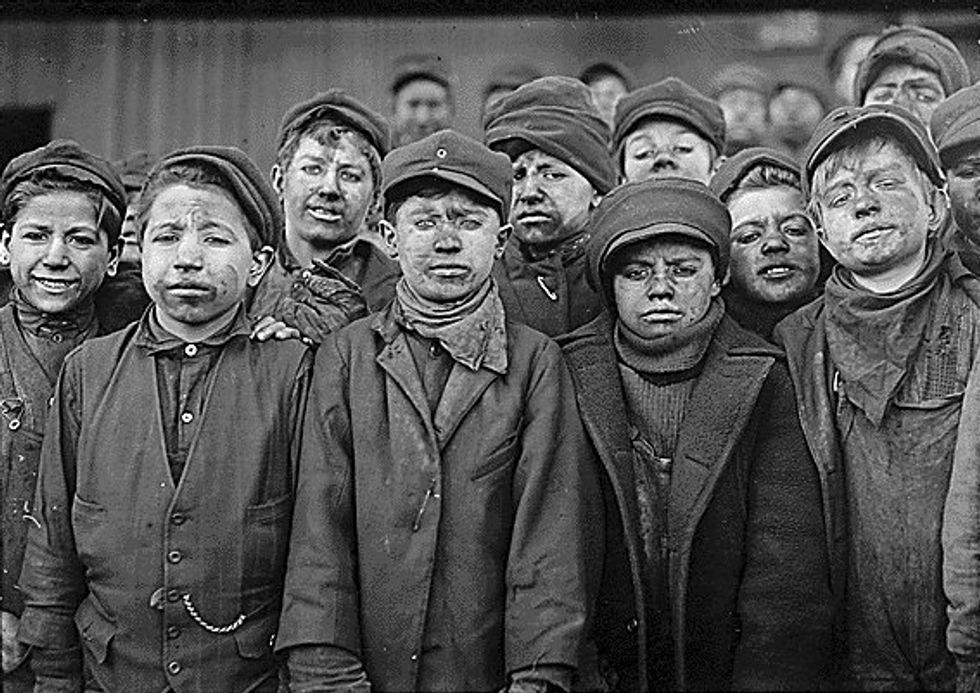 A panel on Fox Business’s "Varney & Co." consisting primarily of people who would have made excellent villains in Charles Dickens book expressed their outrage over the fact that several cities have enacted $15 dollar minimum wage laws -- several of which go into effect Friday.

After whining about how this will totally kill all the jobs (which, duh, it will not, because companies don't hire more people than they need regardless of how little they can get away with paying them, and also it means poorer people will have more money to spend), and make employers decide to start using robots instead of human employees (which they already do, regardless of how low wages are, because saving money is saving money), panelist John Layfield was asked about how things are in Bermuda, where he lives.

Layfield told the rest of the gang about how AWESOME things are there, because there is no minimum wage, and you can hire child laborers and NOT EVEN HAVE TO PAY THEM because they work for "tips." How cool is that?

Actually, that is kind of sketchy where Bermuda's child labor laws are concerned, as the Employment of Children and Young Persons Act of 1963 expressly forbids children under the age of 13 from working unless it's of an "agricultural, horticultural or domestic nature where their parent or guardian is the employer" or if it's in the nature of "carrying or delivering light goods," like a newspaper delivery route.

The lax labor laws are, of course, not exactly a fabulous thing for the people of Bermuda. It's one of the richest nations on earth, and the cost of living reflects that -- at about three times the cost of living in the United States. 11% of the population lives under the poverty line, which is set at $27,000. That would amount to about $9,000 here, where our poverty line is $11,880 for an individual, meaning there are probably a lot more people living in poverty in Bermuda than anyone is counting. The unemployment rate there is at about seven percent, despite the fact that businesses can pay people pennies if they like. That's two percent higher than ours is! To boot, due to that whole no minimum wage thing, there is a serious "lack of reasonably paid jobs for low-skilled workers in a society where prices are tailored to a wealthy population," which results in some pretty serious poverty issues there.

Certainly not fellow panelist Tammy Bruce, who -- upon hearing the beautiful story of child laborers you don't even have to pay -- wistfully commented “That’s how it used to be.”

Yeah, it did used to be like that, and it wasn't good! We should all be very glad child labor is not a thing anymore in the US! Child labor was bad! Also, for people who are often so concerned Mexican immigrants are comin' for our jobs, because they are supposedly willing to work for less, they seem awfully enthusiastic about elementary school students coming for our jobs and being able to pay them "in tips."