Fox News Thinker Greg Gutfeld: Stephen Colbert Would Be Nothing Without Us (And Our F**kups) 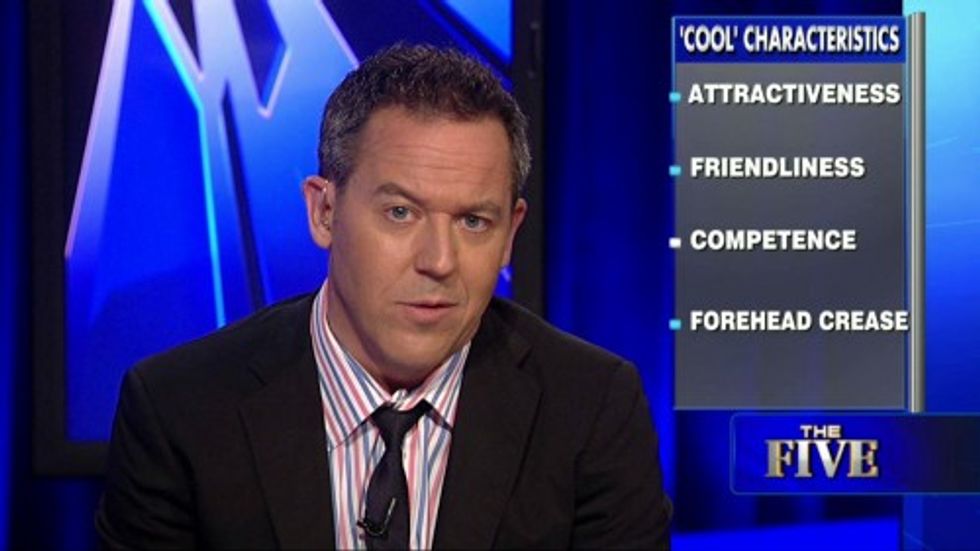 Following Stephen Colbert's big finale on the Colbert Report, the thought leaderers of Fox's The Five shared their thoughts on Colbert's sendoff. Dana Perino and Kimberly Guilfoyle thought it would have been a nice touch if Bill O'Reilly had been included in the big sing-along, apparently unaware that Colbert had said earlier in his final week that "no one’s going to pay me to watch [O'Reilly] anymore, so fuck that noise!”

Funnyman Greg Gutfeld earned major points for explaining that really, Colbert would have been nothing without Fox News: "He should write an eight-figure check to Fox News, because all of our gaffes made that man’s career."

It's pretty unimpeachable logic: If Fox didn't screw up so much, Colbert wouldn't have any material at all. Seems like some hubris, though -- Fox can't take credit for all the conservastupid that Colbert mocked over the years. If anything, he needs to send a check to George W. Bush, too.

Gutfeld's demand for compensation is right up there with the time that Sarah Palin said that Tina Fey should give her a nice fat check for all the money that she got for playing Palin on SNL. This may represent a new trend in rightwing comedy stylings: if wingnuts can't actually be funny, maybe they can get compensation for inspiring parodies. We'd make a joke here about Charlie Chaplin paying royalties to Hitler for The Great Dictator, but we're worried that Jim Hoft would demand a check from us, since he now seems to think that we owe him money anytime someone mentions Hitler.