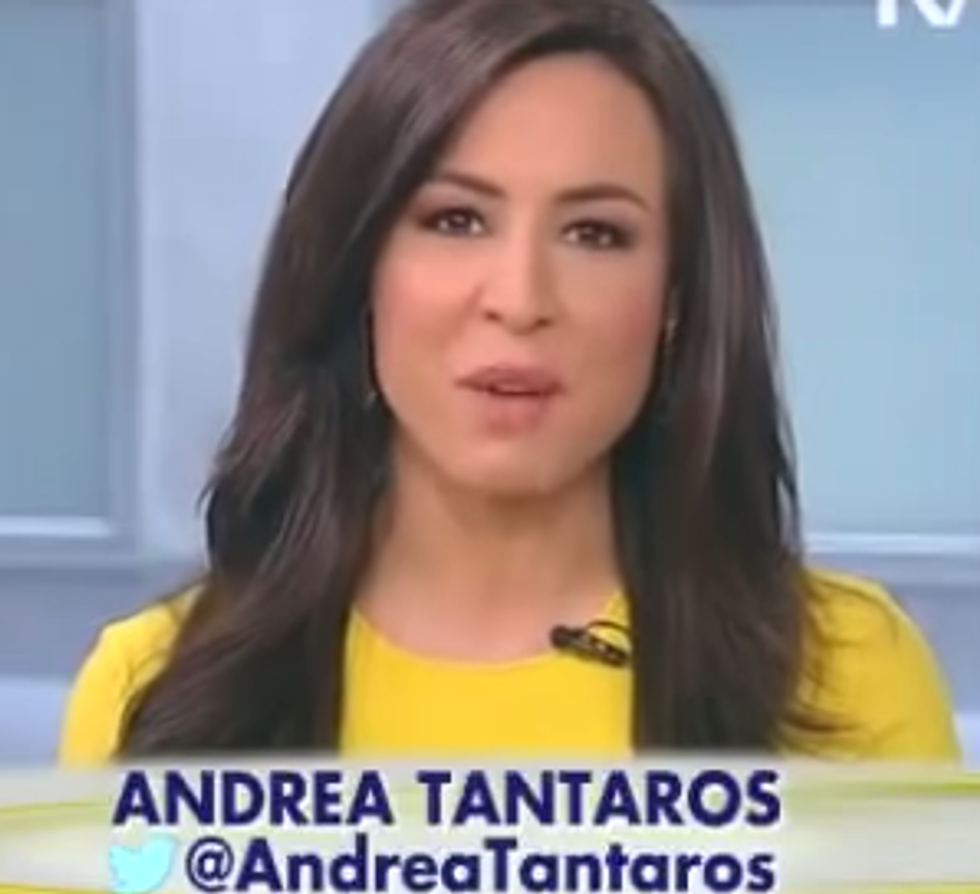 When it's time to learn about sex trends, it's time to check in with Andrea Tantaros, dumb former vee-jay Kennedy and the rest of the crew on Fox's Outnumbered, who have their fingers right on the G-spot of culture. So why is nobody getting married anymore? Andrea Tantaros poses that question to Dr. Manny Alvarez, who says that it's because immigrants are always getting together and deciding to have babies, but they forget to get married because it's not part of their "culture." He also says that nobody is "paying attention" to marriage, not heteros, not homos, not nobody never.

Harris Faulkner then pipes up to say that, due to being raised by "Shirley and Bob," she will get in trouble for what she is about to say, we are on the edge of our seat! Oh wait, she just says that thing about how when the milk is free, nobody marries cows, we think that's the famous expression.

Time for Tantaros to pipe in and say it's because ladies now fuck everybody, like men do, because feminism makes the ladies into great big sluts who don't force the guys to "put a ring on it." When she says those words, she looks and sounds like she's just dropped the big reveal in a TED talk about emotional health or sustainable farming or something:

We know Tantaros knows what she is talking about because, as we have seen in the past, she is S-M-R-T.

What does dumb former vee-jay Kennedy think? Uh, it's TINDER, you guys. Because people on Tinder are not married to each other, therefore they are not cheating when they have sex with people they swipe on, unless they are married to other people? We are not sure, but then again, we are fairly sure that, as usual, Kennedy is not sure.

Kennedy definitely does "revelation face" when she talks about Tinder, here that is:

So, all the problems have been solved, with marriage. Everybody needs to stop being immigrants who don't do marriage, they need to stop thinking they can milk cows for free (these things cost money!), you need to put a ring on the cow, and you need to take Tinder MORE seriously, like our parents do. They met on Tinder!