Fox Surrenders Unconditionally To Donald Trump. There Will Be No Survivors. 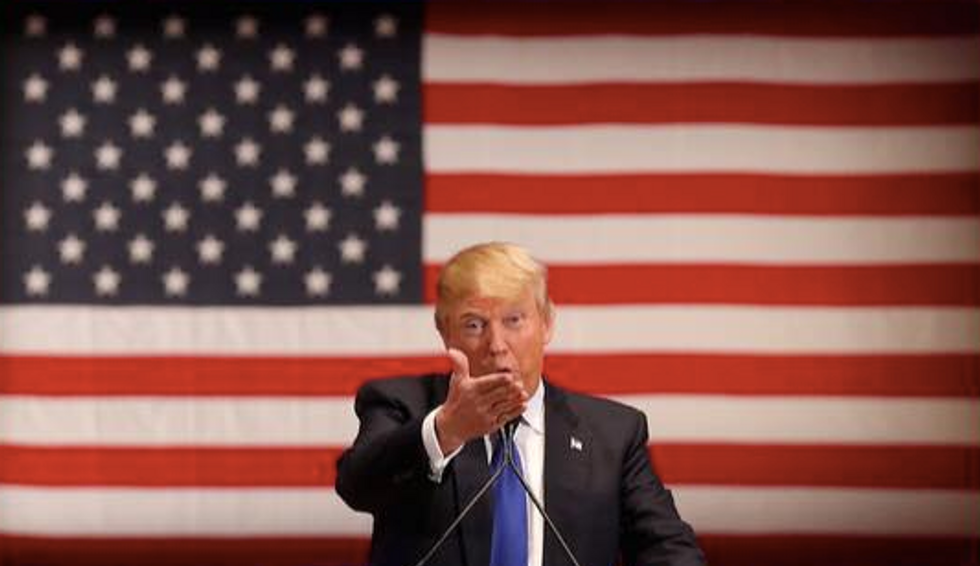 Are we done here? Why yes, we believe we are done here. Technically, Donald Trump is not the Republican presidential nominee yet. Technically, we still have to suffer through more Canadian fart sounds from the foul-faced Ted Cruz. Also, some very "moderate" snores from that one guy who has only won the one state thus far, and it's his own state, which damn near anybody can do, so long as that anybody isn't Marco Rubio.

But let's face it: Republicans done been Trumped, and everyone -- Ev.Er.Y.One. -- knows it.

The cancellation comes after Trump said on Fox News a few hours earlier that he would not attend the debate, leading John Kasich's campaign to pull out as well. [...]

Hours later, Kasich strategist John Weaver issued a statement indicating that the Ohio governor would skip the debate unless Trump reversed his decision.

"If he changes his mind, we will be there," Weaver said.

What, John Kasich doesn't want to stand on a stage alone with Ted Cruz, listening to him bitch-squeal about Jesus and his dry-drunk daddy? CAN'T IMAGINE WHY.

[contextly_sidebar id="hQ2FkYZASQJa3DDj8yfLHoIySmimEP9t"]Are we surprised? We are not. After last week's GOP debate, the Donald said everyone did a real good job at trying to run against him, but there is no reason to continue these silly Republican debates, since OBVIOUSLY he is the winningest winner who ever winned, every time, bing bing bong, he wins wins wins. Trump had been downright gentlemanly that night (grading on a scale of Trump to TRUMP!), since he knew he'd beaten those losers, and they knew it too. As he said the next day, it was "a nice way to finish the debate season."

[contextly_sidebar id="Lm9BSlC5ddagyYc86YloykFskDN7ZFoA"]And it was! And now it's over. Sure, people are still counting delegates on their toes and fingers and other body parts, imagining brokered conventions where perhaps John Kasich is crowned prom queen. As if. Trump, meanwhile, is ready to make with the general election already, so he can be mean to Hillary Clinton's wherever, and she is certainly ready to whip it out and show America whose "hands" are biggest.

So of course canceling the debate scheduled for next week is the right call. Fox News knows ain't nobody falling asleep in their Barcalounger, after eating their microwaved early bird hungry grandma dinner and letting their dentures soak, to a Republican debate that's missing the Republican nominee. Sorry, "presumptive nominee." Whatever. Sure. Wink wink.