Fox Twit Elisabeth Hasselbeck: It's Obama's Fault We Have To Hate Muslims, Thanks Obama! 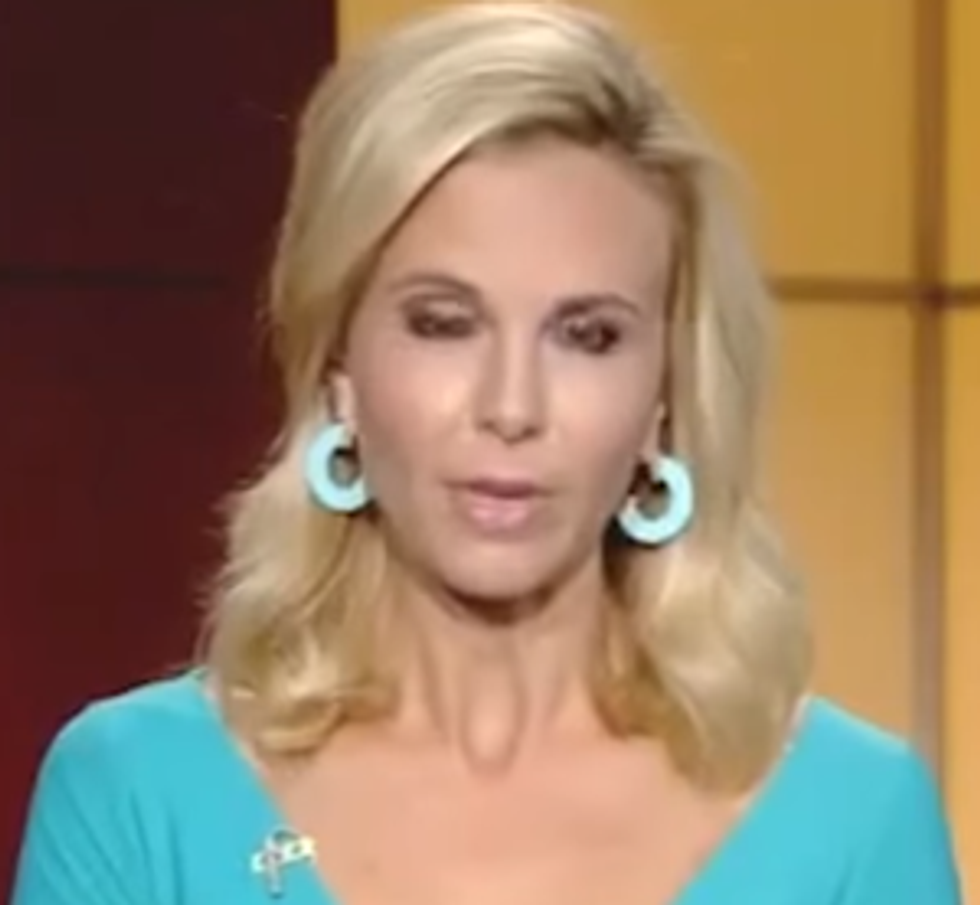 This screengrab is mean as fuck, we are sorry. No we're not.

Twice-baked halfwit Elisabeth Hasselbeck hasn't vacated the Fox News studios yet, even though she PROMISED she was quitting to go spend more time making PB&J for her Hassel-spawn, and less time helping her cohosts Steve Doocy and Brian Kilmeade hack up whatever pencil shavings they just eated, again. But alas, she is not gone quite yet, so she has a few more stupids she would like to say.

Like for instance, she has some thoughts on Donald Trump's plan to ban all Muslims (including the American ones!) from the US and A, which even some Republicans (including known cuddlemonster Dick Cheney) think is a bad idea. Take it away, wigstand:

It is interesting, though. Unprecedented that religion would be a defining moment there, for someone to enter or not into this country. And that's what I think so many people have an issue with. We're in a tough situation right now. [...]

...[S]ome will also question why don't we just fix the actual system in place and why don't we have a leader in place that would actually make us feel safe about terrorists so we didn't have to go to the extremes and say, hey you, you believe this, well you're not coming into our country. I think a lot of people believe this country is about more than that and the terrorists want us to be not the way that we have been.

That's right, Elisabeth Hasselbeck is Just Asking Questions about how Some Will Say Obama is a pussy who won't protect us, even though she's not allowed to say "pussy" on the Family Friendly Hate Propaganda Network For America's Dumbest Senior Citizens.

Maybe if that Muslim Barack Obama would control HIS PEOPLE, Americans wouldn't be so scared of the brown Islamics right now, and they wouldn't feel the need to get all jizz-viscous in their crusty taint parts whenever Donald Trump says something disgusting.

So we have some quibbles with this because everything about it is dumb:

Those are our questions. We're just glad we now know who to blame for Donald Trump acting like Donald Trump, and his pig turd supporters being their true bigoted selves. THANKS OBAMA!