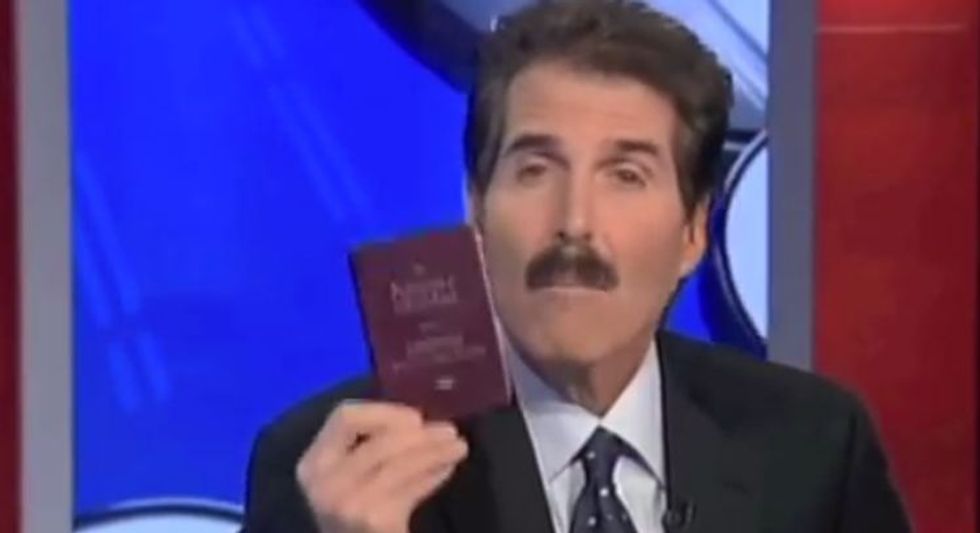 Insipid Libertarian Mario Brother John Stossel once again showed why he sits at the Smart Kids’ table on Fox News trips to Dave & Busters'. Speaking to Frozen Meatloaf scion Tucker Carlson, Stossel made the case that we'd all be much better off with a government small enough to drown in a bathtub, especially if our compassionate brothers and sisters at Walmart Inc. were tabbed to be first responders for all future drownings.

“After Katrina, Walmart and private charities helped people in many more ways than FEMA did,” Stossel opined. “Because FEMA is incompetent because government tends to be. But also Walmart everyday needs to know what people need, and they were ready. They had more weather forecasters than some of the local governments do.”

While Walmart may ignore the sick, desperate and hungry Americans in its own break rooms, it's true they definitely did distribute some water and supplies to the people of the Gulf Coast while Heckuva Job sat on his ass at the direction of his perpetually incompetent boss. Walmart did this charity work with all the selflessness of any altruistic multinational who would hire a PR team to feed warm fuzzy stories about its work to any media outlet that would have them.

Although Walmart doesn't perform search and rescue, transportation, health services and a multitude of other emergency functions, it's not like FEMA would help set up gift registries for Katrina victims so people could buy them shit off FEMA’s website without even a discount? Of course not. Because FEMA doesn't know what people need and isn't built to properly exploit such market inefficiencies for its shareholders.

Stossel doesn’t answer the question of whether Walton World would be in a position to make millions in relief donations if not for the many more millions it has received in government subsidies, which reflects just how effective operating in your self-interest can be. But you can trust him; he's an expert on how government is bad and charity is worse, or something. Besides, should we be rewarding people for living anywhere that could flood or burn or be hit by a tornado or hurricane or earthquake? Get your own bunkers, people.

Speaking of self-interest, Stossel's proposal for eliminating government's disaster relief functions relies on the good ol' theory of "spontaneous order." This means that when everything goes to shit, if we all just act like greedy bastards, then everything magically works out, as those who can afford quadruple-priced generators and bottled water will have electricity and water, and the unworthy will go without, as they should. This sounds great if you've never heard of "logic" or say, Somalia. See you all at Walmart Camp!